Companies that engage their employees fully in sustainability efforts see the greatest impact, including on profitability

What began a few decades ago with employees collecting scrap paper and aluminium cans for recycling and reminders to turn off lights in empty conference rooms has evolved into corporate sustainability programmes that cover everything from recycling plastic to renovating schools.

As corporations moved from being more environmentally friendly, through green to sustainable, they have done more to include employees in their efforts. With sustainability evolving to include public service, more companies have started to encourage their employees to volunteer in their own communities or around the world.

In the GreenBiz Group Employee Engagement survey conducted in March 2014, 87% of respondents from large companies said environmental and social issues were more connected than they were five years earlier, and 94% said these issues would become even more connected in the future. Seventy-three percent also responded that their company was educating employees company-wide about corporate sustainability goals.

The survey results showed that organisations with “advanced” programmes now see the efforts to green their supply chains and harness sustainability more strategically – as sources of competitive advantage.

It’s hard to think of any negative aspects of employee engagement programmes, says Kathrin Winkler, senior vice president and chief sustainability officer for IT storage hardware solutions provider EMC Corporation. “I’m not sure there are any downsides, but there are challenges – particularly having people understand the relationship of the programmes to their jobs and recognise that sustainability isn’t a set of extra responsibilities, but in fact a way of working.”

From environmentalism to sustainability

The big difference in sustainability nowadays is that corporations are trying to integrate it into their business practices, according to Andy Savitz, founder of Sustainable Business Strategies, a Boston-based sustainability consulting firm. Savitz has written two books on the “triple bottom line”, which accounts for a company’s financial, social and environmental performance.

Company-wide sustainability strategies now are more interactive, more hands-on and more job-specific, Savitz says. Integration was a great leap forward in the evolution from environmental awareness to sustainability. Financial professionals, for example, have been put to work measuring sustainability benefits, and R&D staff are being educated about it.

Employee engagement can be very hands-on, particularly at small companies. Voices.com, a 74-person company in Ontario, Canada, makes decisions with the environment in mind, according to Kaitlyn Annaert, human resources manager. When the company moved to a larger space, rather than buying new furniture, it purchased, recovered and refurbished second-hand furniture from a restaurant that was closing.

Voices’ employees have volunteered to participate in bike rides to raise money for organisations and prepared gift bags for those in need through the 100 Essential Gift Bags effort, which is part of the company’s annual holiday party. Some employees also volunteer at local organisations on their own time, Annaert says.

Many bigger companies have also become more strategic in their efforts. Savitz’s former employer, the financial services giant PwC, for example, is investing $150m over five years to encourage employee volunteerism and improve students’ financial literacy. The programme, called Earn Your Future, allows PwC employees to create lesson plans for students of all ages and work with teachers to implement them.

Packaging and logistics improvements have reduced emissions, as well as transportation costs, says Winkler. More engaged employees also translates into lower attrition rates, which is saving the company money on recruitment. Changes to products to increase their energy-efficiency have made them more attractive to customers, boosting sales.

In the past, environmental awareness or sustainability, at least in the US, may have been viewed more as an ideology than a viable business practice, according to Savitz, but that has changed for the most part. In one instance, Savitz worked with a company that was pouring funds into environmental rather than social programmes because its management thought that’s where the company needed to spend money to be sustainable.

“They didn’t have a good answer as to why they were investing so much on climate change,” Savitz says. “But they had a lot of expertise on nutrition and personal care projects.” The company redirected its efforts.

Some companies motivate employees with contests and incentives. General Electric, for example, holds “treasure hunts”, which prompt employees to find ways to save energy, whether by shutting off lights or developing more efficient chemical reactions. The company then funds the most promising ideas.

Among other incentives are including sustainability efforts in annual employee performance reviews and in calculating bonuses. In some cases, companies have been criticised for pressuring employees to volunteer to get recognition. Yet businesses are free to choose what criteria they use for determining rewards, Savitz says.

“Usually, it’s profitability,” he adds. “But now that they see money in [employee engagement in sustainability activities], there is less criticism. These social and environmental issues have become front-burner business issues.”

“It took us 20 years to get [to that milestone],” says Atlanta McIlwraith, senior manager of community engagement at Timberland. “We’re hoping it won’t take another 20 years to get to the next million.” 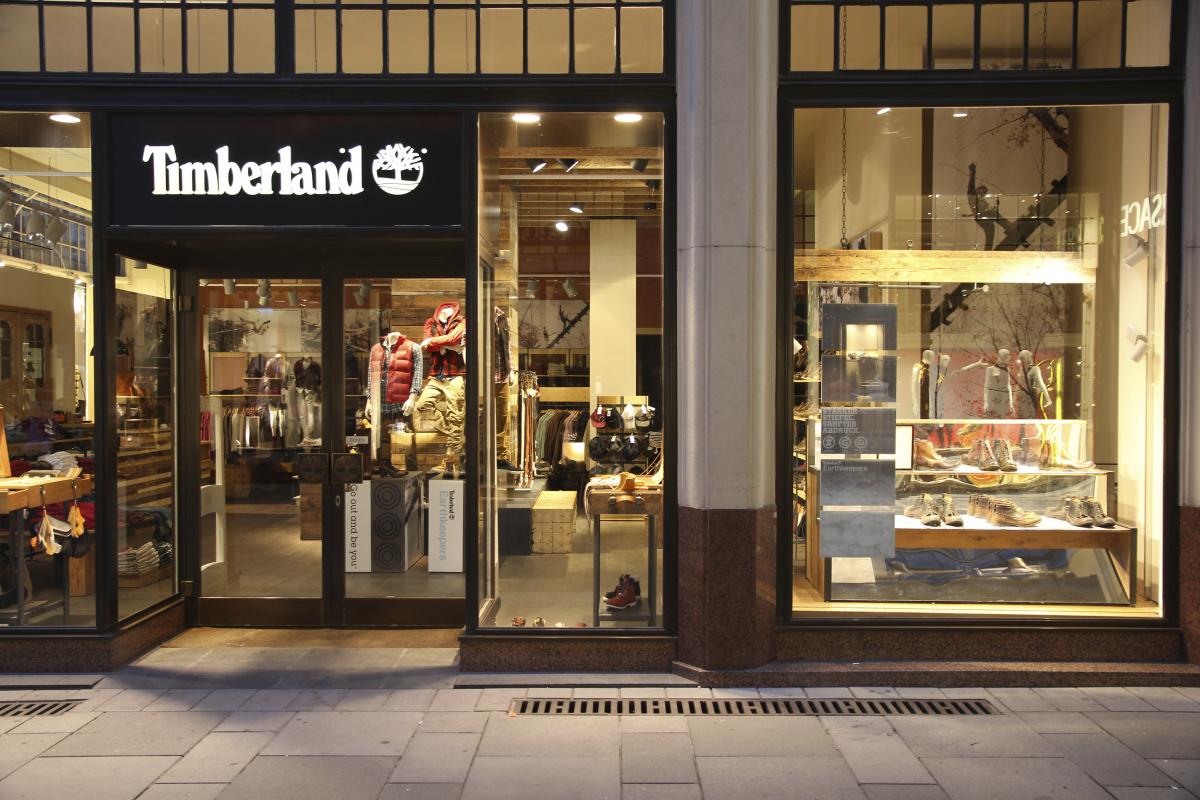 Timberland has a long history of employee engagement

Timberland’s engagement programme aims to equip employees with the resources and opportunities to make a difference, according to McIlwraith. “We hope to inspire them and give space for employees to be active so they are more inclined to be active going forward,” she adds. “We want to educate people broadly about our environmental agenda so they can be part of the solution.”

McIlwraith says she has heard that many employees who participate in company-sponsored service projects go on to become active in their own communities.

Timberland sponsors a number of company-wide volunteer events, such as c, a day of community service, Earth Day programmes and a fundraiser bike ride. Employees also participate in smaller projects in the community. At the company headquarters in New Hampshire, volunteers tend to a vegetable garden in the spring and summer. The produce is sold to employees, and the proceeds are given to a local food bank.

Participation in sustainability projects is popular and attracts a mix of employees, from 20-year veterans to new hires. The company recognises employees who have used all their volunteer hours or who have demonstrated Timberland’s goals. Management offers some incentives for employee engagement, such as a hat after meeting a goal. But most employees say they would participate without the rewards, according to McIlwraith.

Service projects are the top sustainability activity for the Timberland staff: 78% reported engaging in at least one, and many employees don’t even report their service hours, McIlwraith says. In some locations, the participation rate is 100%. Employees regularly propose locations for service projects, and Timberland has suggestion boxes not just for projects, but also for how they could be improved.

Since the mid-1990s, companies have been focusing on people, the planet and profits, according to Savitz. “The people part has become very important,” he says. “Health is a big part of the social sustainability area.”

Timberland spreads its message world-wide through groups of employees called the Global Stewards. They communicate the company’s global agenda abroad and serve as ambassadors to the company’s corporate social responsibility efforts in local languages.

Similarly, clothing company Patagonia offers a range of volunteer opportunities to its employees, many of whom already are inclined to spend time outdoors, or as the company website puts it, “get dirty for fun”. Collectively, Patagonia employees donated more than 1,700 hours of volunteer labour to environmental groups in 2014.

Several initiatives allow workers the chance to go off site for an extended period.
Through an environmental internship programme, employees can spend up to two months volunteering at an environmental organisation of their choosing while still receiving their full salaries and benefits. Twenty-nine people volunteered in 2014. 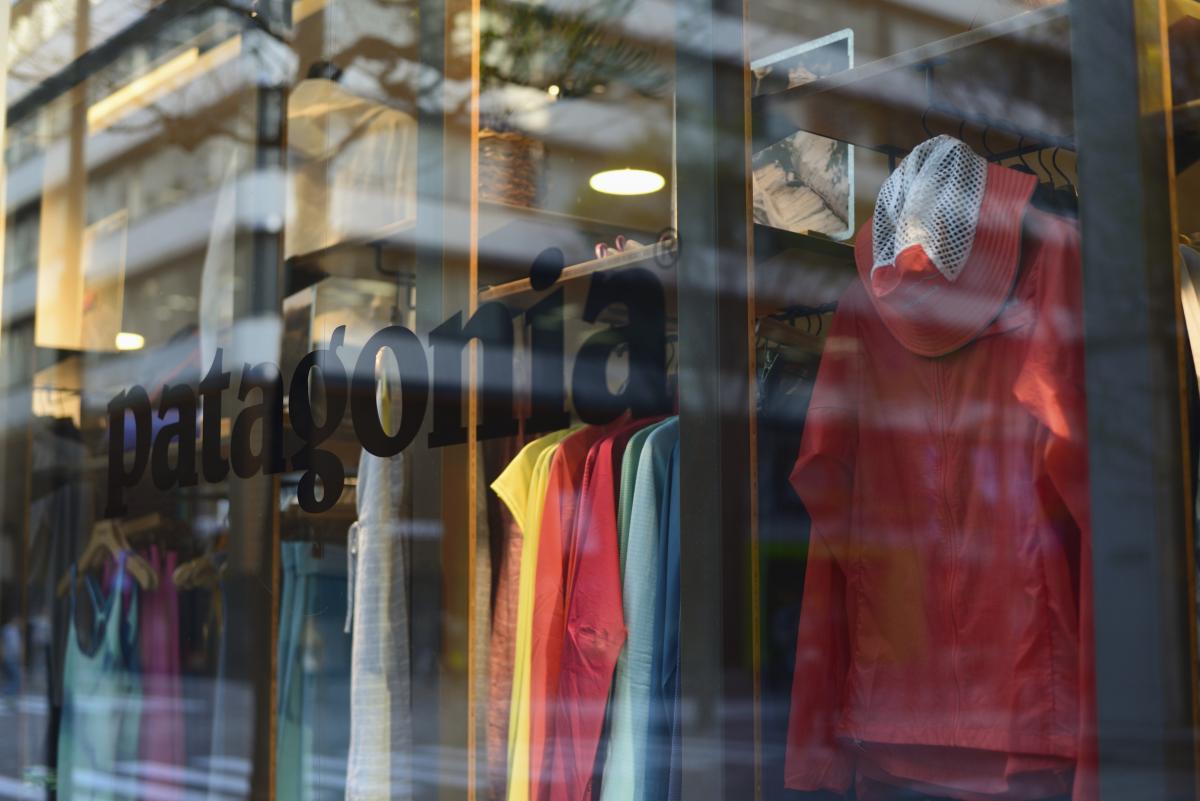 About 50 employees so far have also travelled in groups of six to Chilean Patagonia, the company's namesake, to help transform a former sheep and cattle ranch into a national park. Volunteers have rolled up wire fencing, removed non-native plants and dug out fence posts during their three-week stays.

The land, called Estancia Valle Chacabuco, was bought 11 years ago by former Patagonia chief executive Kristine Tompkins through the non-profit foundation Conservación Patagonica to restore and preserve it. Volunteers at the site also have the chance to interact with Patagonia employees from all over the world.

Closer to home, Patagonians participate in events in the company’s headquarters in Ventura, California. These include the Salmon Run, an annual 5K community fun run that raises money for local non-profit environmental groups. Employees are also encouraged to spend half a day volunteering on Martin Luther King Jr Day in January. Staff members in California and other locations also participate in an annual Bike-to-Work Week: for every mile workers ride, $1 is donated to a bicycle advocacy group.

All of this shows how far a bit of recycling office paper has come, says Savitz. “Trying to do the right thing in the office has been put on steroids,” he says. “Before, no one was making the connection between scrap paper and the bottom line. Now it is a matter of taking the efficiency and profitability of for-profit organisations and combining them with the passion of non-profits.”

In the future, employees will become more involved in sustainability programmes and take on greater leadership roles, according to Savitz. “The big change will be that employee themselves will design and implement their own employment engagement programs,” he says.
“This will happen for three reasons: they know and care more about the issues, they will be using social media to organize themselves into action networks, and management will be more willing to let them do so. Employee engagement programmes will start to look more like meetups, where individuals organise themselves for collective actions for specific objectives.”

Europe’s leading meeting place for corporate leaders delivering sustainable business. 12+ C-Suite and over 300 attendees will address some of the key issues and opportunities, including: sustainable innovation, collaboration, and resource efficiency and brand strategies

Society Watch: Energy crisis puts wind in the sails of ...
Nine business trends that will power us to a more susta...
Brand Watch 2: FSC slowness to drop Korindo shows need ...
‘We can’t kick this into the long grass, because in...
comments powered by Disqus