As head of a major gold mining corporation, Charles Jeannes knows well the need for the host community to consent to and benefit from a business’s operations

Mining executives have a reputation for being no-nonsense folk. A long-time industry veteran, Goldcorp’s Charles Jeannes is no exception. “We have impacts, we dig holes in the ground,” says the Canadian gold producer’s chief executive.

He is unapologetic. All that digging provides 18,000 direct jobs, some 90% of which are held by people from the region where mining is based, as well as much-treasured wedding rings and the like. That’s not all. Vancouver-based Goldcorp calculates that its taxes, wages, royalties and other “community contributions”, including indirect ones, amounted to $1.3bn in 2013.

Does that go far enough, though? In the past, every mining executive would say “yes”. Many still would. Not Jeannes. He accepts that mining is becoming a balancing act. Along with the upsides come inevitable downsides – felt disproportionately by those living close to mine sites.

“We absolutely have to be able to show that there will be net benefits to the folks outside the fence at our sites,” he says. And if not? “We won't be given the right to proceed with our business.”

Fears over project curtailment are not without foundation. A lawyer by training, Jeannes understands the speed with which licences can be revised or revoked. In northern Chile, for example, Goldcorp recently saw the development of its $3.9bn El Morro gold and copper mine suspended by the country’s Supreme Court after objections by indigenous groups, who said they were not fully consulted. 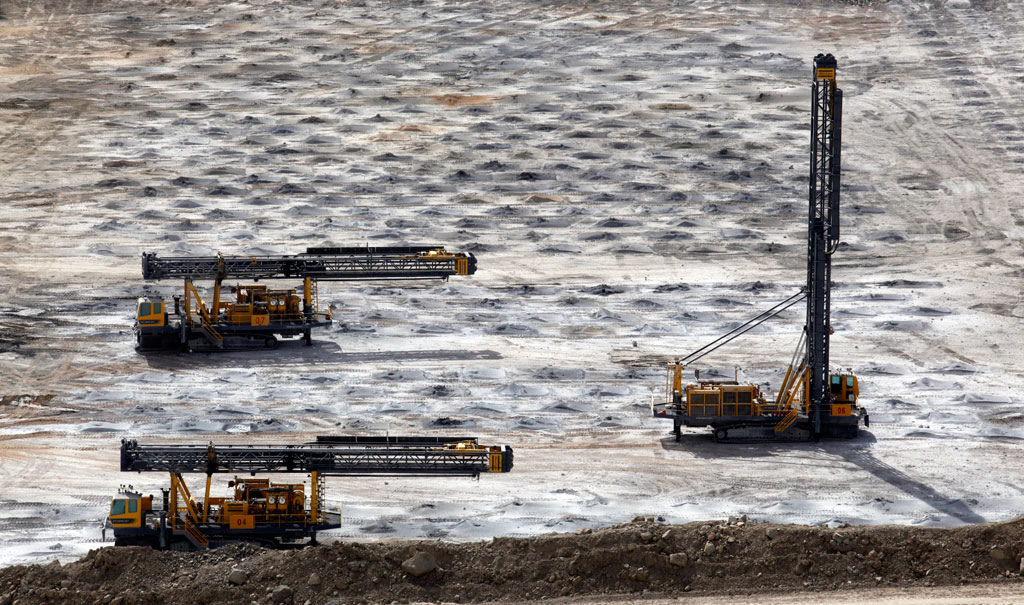 Nor is Jeannes naïve about the challenge of winning community backing. For local populations, the immediate benefits are not always obvious. The mining industry’s history of poor practice doesn’t help. “[Community relations] continues to be an area where I think we need, as an industry, to improve,” Jeannes says.

A good place to start, he suggests, is to become better at listening. “Community consultation” is very much a buzzword in the mining sector these days but it has taken time to get it right.

Fifteen years ago, when the term first surfaced in any meaningful sense, good practice meant two engineers showing a PowerPoint presentation about “what the mine would look like, what the trucks would look like, where the waste dumps would be”, and so on, Jeannes says.

The industry has come a long way since then. Providing information still comprises part of the consultation piece. “But the big part is going out there and listening, and finding out what the concerns are and what the particular issues are.”

The difficulty here is that no two communities are the same. That’s not to say that social risks associated with large-scale mining don’t have a degree of predictability. Possible knock-on effects for public health, traffic conditions, social service provision and civic security are among the considerations that crop up in most pre-project checklists.

But these play out differently everywhere. Much depends on the scale, operational longevity, location and day-to-day management of a particular mine. Locally specific socio-economic, political, ethnic and demographic factors will also influence a mine’s risk profile.

Goldcorp’s portfolio of 10 mines – plus additional projects under development – which stretch from North America through Mexico, into the rest of Latin America, reflect such diversity.

A part-owned gold and copper mine high in the Argentine Andes, for instance, presents different community challenges from a gold deposit in an aboriginal region in Ontario. And both will be distinct from, say, a new gold/silver project under development in north-central Mexico.

While community contexts might change, the commitment to open and honest dialogue never should, Jeannes says. “Our experience is that you have to be very transparent,” he adds.

He highlights the collaboration agreements that Goldcorp has struck with indigenous communities in Canada, the most recent of which was signed in January 2015.

On 29 January 2015, Goldcorp signed a Collaboration Agreement with the Wabauskang First Nation. The agreement includes an undisclosed revenue sharing commitment with the north-western Ontario First Nation. The community is located close to Goldcorp’s Red Lake Gold Mines, which yielded more than 400,000 ounces of gold in 2014. 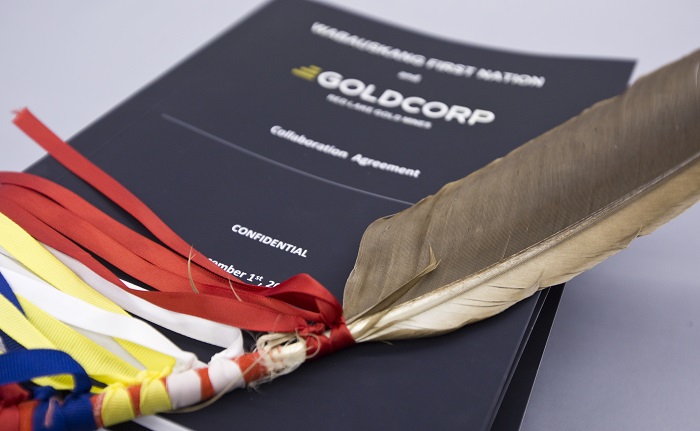 Goldcorp signed an agreement with the Wabauskang First Nation in 2015

The company is currently expanding development in the Red Lake area through its Cochenour project. The agreement covers investments in skills training and business development, and provides a framework for issues resolution and regulatory permitting. Goldcorp now has collaboration agreements in place with all of the First Nations that assert aboriginal and treaty rights in the vicinity of its active operations in Canada: Red Lake Gold Mines, Musselwhite Mine, Porcupine Gold Mines and Éléonore Mine.

“The way we've done these aboriginal agreements is to make sure that [community representatives] have the capacity to review and understand the finances of the project,” he says.

“We talk about things like return on capital for our investors and what the profit margins are, and how it makes sense to divide some of that profit.”

Along with the need for transparency comes the need for patience. Putting on the brakes does not come naturally to most extractive firms or their investors. Time is money in a capital-intensive game like mining. So it’s understandable that companies such as Goldcorp are “always in a rush to get to that first gold”, as Jeannes puts it.

Nor are mines fly-by-night operations, however. It usually takes decades for investors to recoup their upfront investments.

But even well-established mines are “a blink of the eye” from the perspective of indigenous communities, such as those in Chile and Canada where Goldcorp operates. It is equally understandable, therefore, that communities need time to take on board a mine’s arrival and decide on a collective position. 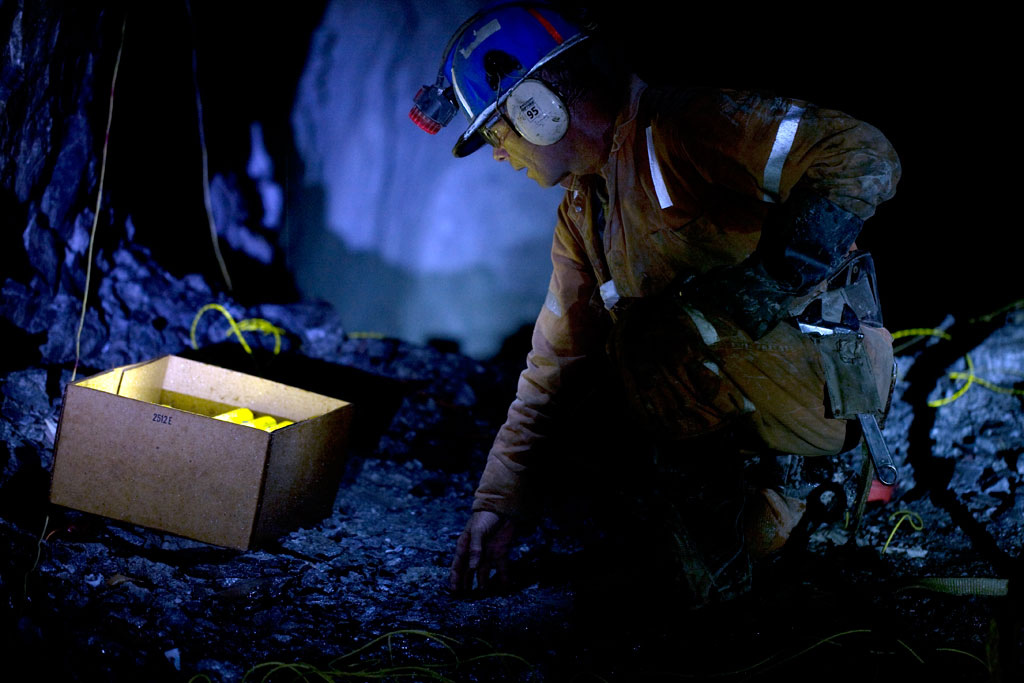 As commendable as open and transparent consultation may be, it’s whistling in the wind if there is no tangible offer on the table. In years gone by, mining companies may have got away with fobbing off local communities with tokenistic philanthropic projects or, worse, backhanders to local leaders. No longer.

Jeannes stresses that the situation is now very different. He uses the words “shared value” frequently. The idea of mutual benefit has an inherent appeal to it. Communities understand it for starters, and they increasingly expect it.

“If people don't feel like they have benefited from the fact that you're there conducting your business, they will likely be opposed to that business,” he says.

In some “special cases”, such benefits may translate as hard cash. Take Canada’s First Nations, for example. Under Canadian national legislation, mining companies are now obliged to enter formal agreements with indigenous groups. These typically include a revenue-sharing component.

In general, however, Jeannes’s stated commitment to be “willing to share some of [the company’s] profits” should not necessarily be read as an offer of what he terms “revenue participation”.

What it does mean, however, is that a negotiated settlement must go beyond wages, royalties and taxes, and extend into tangible contributions in spheres such as public health, education and enterprise development.

Last year Goldcorp invested $636,000 to rebuild schools in an earthquake-hit zone around its Marlin mine in Guatemala. Its total community spend across all its operations amounted to $23m.

With more than 30 years of experience in the mining sector, Jeannes knows only too well that community relationships are dynamic, complex and potentially volatile. According to Goldcorp’s own stakeholder engagement processes, the company currently faces 18 separate “key concerns” among its various host communities. The list spans the provision of local employment in North America, to dust and blasting in Mexico, through to impacts on water resources in South and Central America. 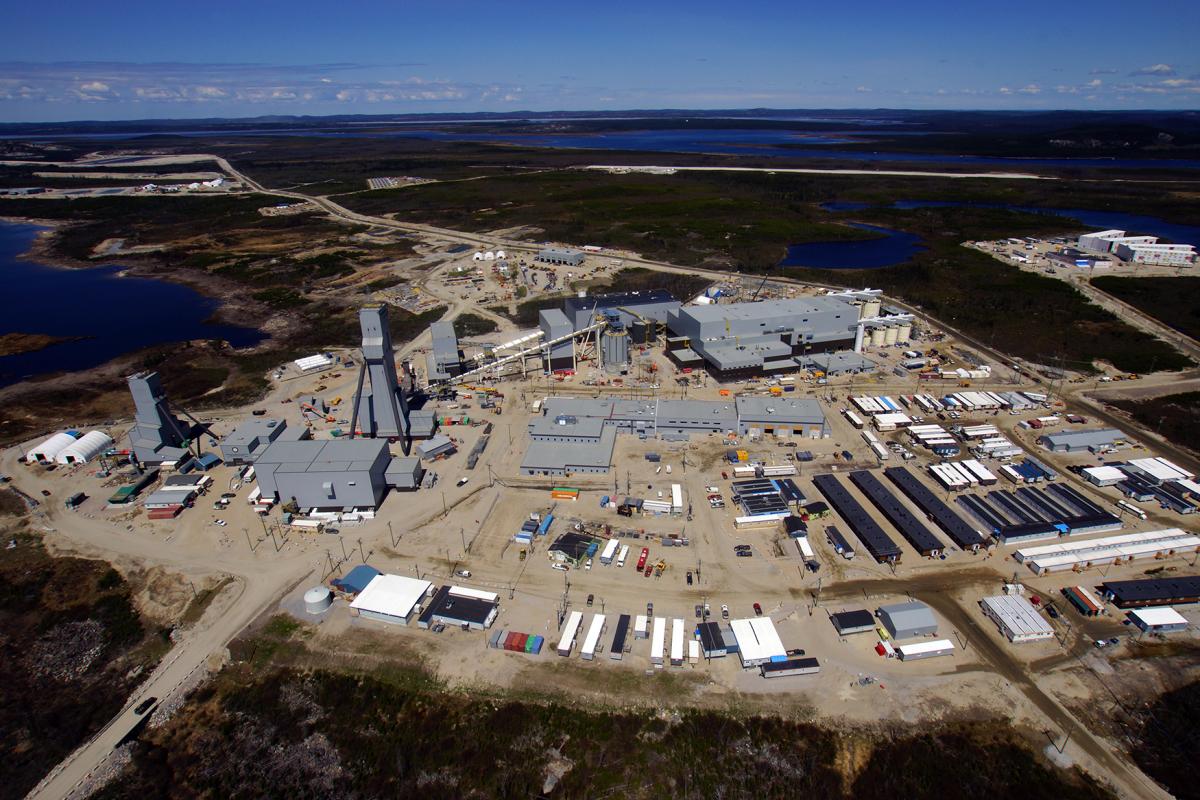 For a company such as Goldcorp, which says good community relations are essential to its business success, the first step must be to accept that all is not perfect. The second is to do something about it. Where issues are resolvable, the onus falls firmly on the company to take the lead. That may mean changing certain practices, or striking a compromise that requires going further than it would wish.

The idea of “shared value” may prove hard to achieve in some areas, however. Perhaps even impossible. A small number of community groups will always be reluctant to accept industrialised mining in their locality, whatever the positive trade-offs.

What then? The suspended El Morro project in Chile is a live example. After the court’s suspension of Goldcorp’s environment permit last October, the company finds itself “back at the drawing board”. It is in situations like this where Jeannes’s declarations about listening, openness, patience and benefit-sharing get put to the test.

Goldcorp understands that coming up with an amicable, working arrangement for El Morro to proceed will be a “long game”, according to Jeannes. And he remains confident that his company’s principles for good community relations will win out.

And if not? “Well, we could walk away,” he says. That’s bold talk. El Morro has proven and probable reserves of 6.7m ounces of gold and 4.9 billion pounds of copper. It also has a local population, one that still needs convincing of mining’s benefits.

Charles (“Chuck”) Jeannes became president and CEO of Goldcorp in December 2008, having previously held the role of executive vice-president for corporate development. Jeannes was formerly executive vice-president at Glamis Gold until its merger with Goldcorp in 2006. Before joining Glamis in 1999, he worked as vice-president of Placer Dome in North America. A lawyer by training, he practised law for more than a decade at the beginning of his career, specialising in mining transactions, public and private financing and international regulation.

Goldcorp will be talking at the upcoming Responsible Extractives Summit Europe in London on 29th-30th June. Follow this link to find out more.