'Business must not stand idly by as land rights defenders die'

With agribusiness projects surpassing mining for the first time in terms of deaths of environmental defenders, Ben Leather of Global Witness calls on companies to stand with local communities

Today I am publishing a report showing that 207 people lost their lives in 2017 defending their land and environment from seizure by government, business and criminal gangs. This time last year the same report revealed 200 people had been killed for the same reason. This devastating trend, which all too often pitches business interest against communities who have lived and worked on land for generations, continues unabated.

The number of people killed while protesting against large-scale agriculture more than doubled last year compared with 2016. And, for the first time since we started documenting the deaths of land and environmental defenders, agribusiness surpassed mining as the most dangerous sector to oppose, as 46 people who protested against palm oil, coffee, tropical fruit and sugar cane plantations, as well as cattle ranching, were murdered. Opposition to mining and oil operations (40 killings), poaching (23 murders) and logging (23 cases) were the other main reasons defenders were killed last year.

Linked to the spike in agribusiness-related deaths, our report observed a rise in multiple killings (7 incidents in total) of land and environmental defenders, many of whom were disputing large-scale agriculture projects. Brazil was the scene of three horrific massacres, during which 25 defenders died. These massacres sent the message that not only community leaders will be targeted: nobody is safe.

Communities have no choice but to stand up for their rights, putting them on a collision course with powerful interests

At Global Witness, our land and environmental defenders team are in regular contact with those engaged in dangerous battles to protect their communities, their livelihoods and their cultural heritage. The stories we hear – whether in Brazil, Honduras, the Philippines or Uganda – are depressingly familiar. By and large the same underlying factors emerge again and again:

1) Corruption allows government officials and businesses to collude in grabbing land or imposing business projects on communities, as well as offering protection to those who act outside the law to secure what they need to further their own ends

3) A lack of respect for the free, prior and informed consent of communities regarding the use of their land and natural resources. When communities are excluded from decision-making at the outset, they have no choice but to stand up for their rights, putting them on a collision course with powerful interests.

4) Impunity for threats and attacks against defenders act as a green light to potential perpetrators who see that they are unlikely to face consequences for attacks on activists. 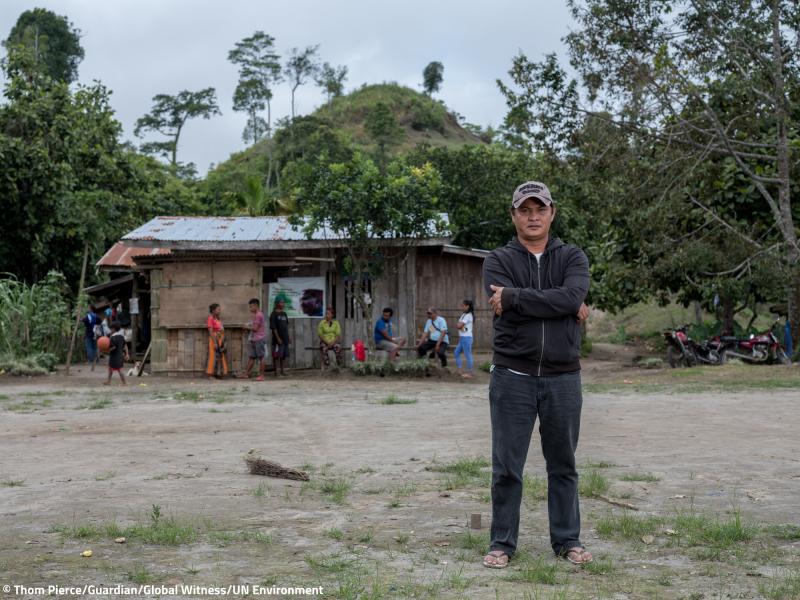 In the Philippines, the Taboli-manubo people of Mindanao have spent years opposing the Silvicultural Industries’ coffee plantation, which they say has only brought them poverty, hardship, and a violationa of [heir human rights. When plans were put forward to extend a plantation already covering 300 hectares of their ancestral land, the community were consulted and said no. Little wonder, then, they continue to oppose the expansion. They hoped the government would respect their decision.

However, according to Rene Pamplona, a defender working closely with the Taboli-manubo Sdaf Claimants Organization (TAMASCO), which is protesting against the expansion, their members were harassed and intimidated by Silvicultural Industries employees and by armed groups after opposing the renewal of the land’s lease to the company. A year after the company’s contract expired, rumours continued that the company had been granted a new contract, and the plantation would be expanded. Then, on 3 December 2017, the Filipino military launched an attack near the town of Lake Sebu. At least eight members of the community were killed as a result. A fact-finding mission found that five more were wounded, 10 were missing and more than 200 had to evacuate the area.

This kind of violence as a basis for doing business is not inevitable – people do not need to die or be threatened protecting their land. Our report contains recommendations for specific countries with a significant problem around the protection of land and environmental activists, but we are broadly calling for urgent international action to address this crisis, focusing on:

Unless governments and business begin to prioritize the issue of protecting land and environmental defenders, I fear that in a year’s time I will be writing another report, possibly with a higher number of deaths recorded – and in the intervening months whole communities will continue living in fear.

As business leaders, you have your part to play. Work with local communities when developing new projects, respect their views, their rights and their dignity, and adapt your plans and your work methods accordingly. The global community of land and environmental defenders is not going away – it is actually growing. There is a lot that business can learn from defenders. Make sure you are standing alongside them. 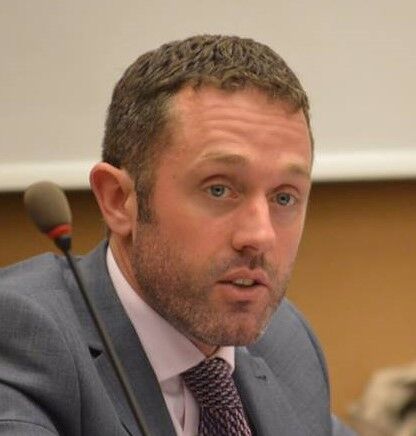