From Bogota to Birmingham: the cities that are opening cycling to the masses

Comment: Cara Jenkinson of Ashden highlights some innovative projects that show how cities can get their citizens moving safely again as they emerge from Covid-19 lockdowns

“I think that in the 20th century we made a big mistake. We built habitats much more for cars than for humans. So now all over the world we are realising that we made a mistake." So said Enrique Penalosa, the inspirational former mayor of Bogota, Colombia, who introduced the first city-wide car-free day in 2001.

Now cities across the world, including London, Paris, Mexico City and New York are setting aside hundreds of miles of road to cyclists and pedestrians as they emerge from coronavirus lockdown and try to get their citizens moving around safely again.

Social distancing is impossible on crowded public transport, and a surge in car use would cause gridlock and an increase in toxic air pollution.

Can Bogota, which introduced hundreds of miles of cycle lanes 20 years ago, provide policymakers around the world with valuable lessons?

Last week, London mayor Sadiq Khan announced that main streets between London Bridge and Shoreditch, Euston and Waterloo, and Old Street and Holborn, will be limited to buses, pedestrians and cyclists in response to “the biggest challenge to London’s public transport network in Transport for London’s history”.

But how should cities encourage more people on to bikes, and reach beyond the usual niche groups? Can the Colombian capital, which introduced hundreds of miles of cycle lanes 20 years ago, provide policymakers around the world with valuable lessons?

Last year, I visited Bogota as part of the assessment process for an Ashden Award. Ashden is a charity that showcases inspirational organisations that are working to radically reduce carbon emissions across the world. We’d heard about the Plan Bici (Bike Plan) that Penalosa (in his second term as mayor) was implementing with the aim of making Bogota the “cycling capital of the world”. Our judges were impressed, shortlisting the initiative for our International Sustainability Award. 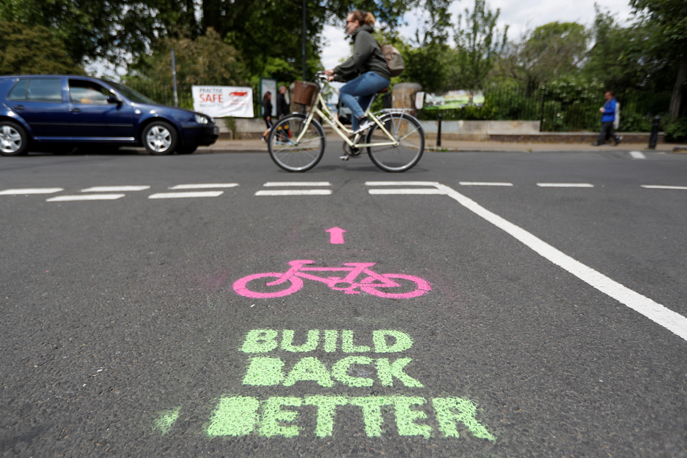 London is setting aside roads for cyclists as it emerges from the Covid-19 lockdown. (Credit: Peter NIcholls/Reuters)

Happily, I arrived on a Sunday, so was able to participate in the weekly Ciclovia, where 120km of city streets are closed to cars. Roads that would usually hum with traffic hosted cycle schools for children of all ages and pop-up bike-maintenance stalls were everywhere.

As I cycled along one of the many segregated cycle lanes with the city’s bicycle manager, David Uniman, I learnt how physical infrastructure is just the start. Most departments within the mayor’s administration were engaged with the Bike Plan, be it the Department for Women, supporting women’s cycling groups, or the Economic Development Team, building a new Bike Maintenance college aiming to train 1,000 students each year. The Education Department has trained over 55,000 people since 2016, the majority of them women.

Cycling in Bogota certainly reaches beyond the usual demographic of middle-aged men. Laura Ramirez, a young woman who is part of the “Curves on a Bicycle” women’s cycling group, explained that she’d never enjoyed cycling as a child. But now she’s cycling every day (in full make-up, dress and heels) and runs bike maintenance lessons for other women.

According to Department for Transport statistics, people living in the lowest deprivation quartile are less likely to cycle than those in the wealthiest

For a middle-income country like Colombia, expensive changes to city infrastructure can be difficult to fund, so Bogota has become an expert in doing changes on the cheap. Plastic barriers are used to create segregated cycle lanes, and junctions are made safer using road-marking.

Using £30m of funding from the Mayor of London to improve the take up of cycling and walking in the borough, dozens of streets in Walthamstow and Leyton were part-closed to stop rat-running, and 20mph speed limits were introduced, as well as 29km of segregated cycle lanes, 207 improved pedestrian crossings (which include pedestrian/cycle/blended crossings) and 31 pocket parks. 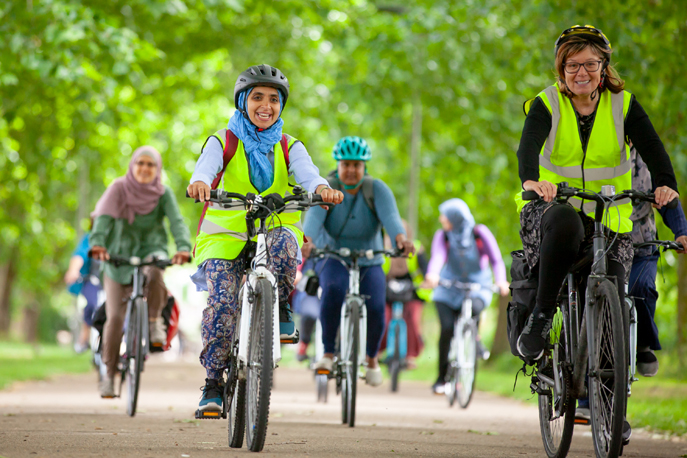 The JoyRiders join other cyclists through Waltham Forest. (Credit: The Hornbeam)

But as in Bogota, the emphasis has been on creating a cycling culture. The council delivers cycle training to thousands of residents each year, works closely with local schools and has launched digital tools to show safe cycling routes. The “Tour de Waltham Forest” has attracted hundreds of cyclists, from beginners to enthusiasts. And like Bogota, Waltham Forest has some flourishing women’s cycling group such as JoyRiders and Cycle Sisters, both formed by Muslim women but inclusive of women from any religion.

In Bogota, people on lower incomes are more likely to commute by bike than richer people, but in the UK the reverse is true. According to Department for Transport statistics, people living in the lowest deprivation quartile are less likely to cycle than those in the wealthiest. Another Ashden Award winner, The Active Wellbeing Society, has done some amazing work to help address this.

The Big Birmingham Bikes scheme, run by the Active Wellbeing Society, encourages adults and children living in deprived areas to get cycling and gives away thousands of bikes to local residents. The scheme reconditions bikes and distributes them from Wellbeing Centres and Community Hubs. They also work with schools, provide adapted bikes for disabled people, and run community cycling groups. Bikes are loaned out for free on condition that users commit to engage in cycle lessons, such as Bikeability, before they receive a bike, and commit to ongoing and regular use. As the coronavirus lockdown started, the Active Wellbeing Society loaned out their entire fleet of bikes to frontline NHS staff to enable them to get to work safely.

As we begin to recover from the coronavirus crisis, there is a unique opportunity to reshape our cities, making them cleaner and greener

By working at the grassroots level and teaching those with little or no cycling experience how to ride confidently around the city, the Big Birmingham Bike scheme lays the foundations for a cycling culture that will develop from leisure riding into practical journeys.

As we begin to recover from the coronavirus crisis, there is a unique opportunity to reshape our cities, making them cleaner and greener. As Mayor Penalosa said, we have an opportunity to create spaces for people, not cars. Pioneers such as Bogota, Waltham Forest and The Active Wellbeing Society can help show the way. 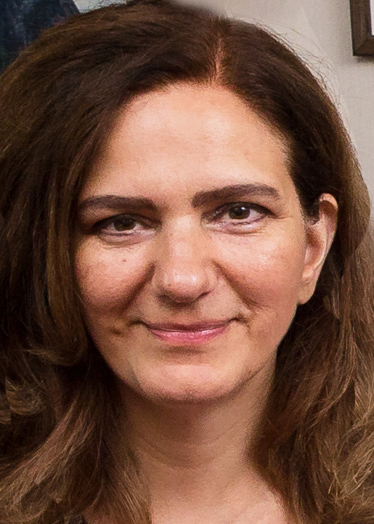 Cara Jenkinson is cities manager of Ashden, a charity that supports low-carbon innovation around the world. https://www.ashden.org/

Editor’s letter: Can tourism tread more lightly?
Policy Watch: Why global progress on climate may hinge ...
'Could COP26 signal the end of coal? Only if we in...
‘We won't turn Britain's aging housing stoc...
comments powered by Disqus