From cleaning up city transport systems to bringing transparency to supply chains, AI and deep learning have the potential to transform sustainability

If killer robots and mass unemployment represent a dystopian future for an AI world, then speeding sustainability is a much more palatable one. And there is no shortage of opportunities on the menu.

DeepMind has earned its spurs for Google by using machine-learning to cut energy consumption in its cooling centres by up to 40% - and that’s starting from a very high base, as Google was already famously energy-efficient. As well as making inroads into Google’s own consumption, it will also help cut energy use among companies that run on its cloud.

Although other such applications are only just crawling out of the sandbox, experts are excited about the wider potential of AI, as part of the “fourth industrial revolution” (4IR), to make a step-change in sustainability. In its report, Innovation for the Earth, PwC identifies a number of ways in which 4IR tech offers “substantial potential to move towards a zero-net-emissions economy”.

PwC paints a picture of a world in which power supplies are increasingly generated and managed at the micro-level, with a mix of solar, wind and other renewables, combined with sophisticated energy storage. Thanks to the combination of 4IR technologies, these can create a system where tiny amounts of power are forever moving to and fro, keeping the overall grid in balance, and making sure electricity is being used optimally, reducing consumption while ensuring the right amount of energy is available exactly where and when needed. The millions of financial transactions involved would be managed smoothly thanks to secure blockchain connections and the internet of things. In turn, this would make viable a whole range of energy innovations, such as “solar sprays” to turn every exterior surface of a building into a power plant. 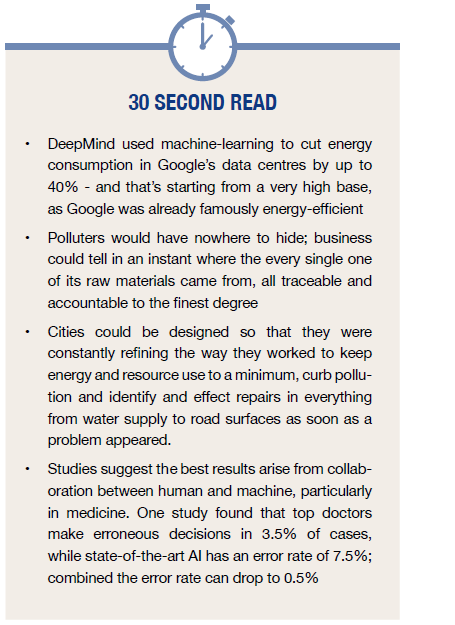 This would be a world in which electric driverless vehicles, equipped with intelligent navigation systems, make congestion and pollution a thing of the past, and the roads far safer than today. The capacity to provide affordable transport on demand will do away with much of the need for vehicle ownership, so saving on resources, and space, too.

It would be a world in which cities could be designed so that they were constantly refining the way they worked to keep energy and resource use to a minimum, curb pollution and identify and effect repairs in everything from water supply to road surfaces as soon as a problem appeared.

It would be a world, too, where the health of the environment, virtually down to every field, street and tree, could be monitored and reported on, thanks to a mix of IoT sensors, drones and advanced satellites, all communicating and comparing data. Polluters would have nowhere to hide; business could tell in an instant where the every single one of its raw materials came from, all traceable and accountable to the finest degree. Farming, too, would benefit, with remote monitoring spotting any sign of crop disease, anticipating impending droughts, checking soil fertility, and triggering interventions – from irrigation to inputs – as soon as required. 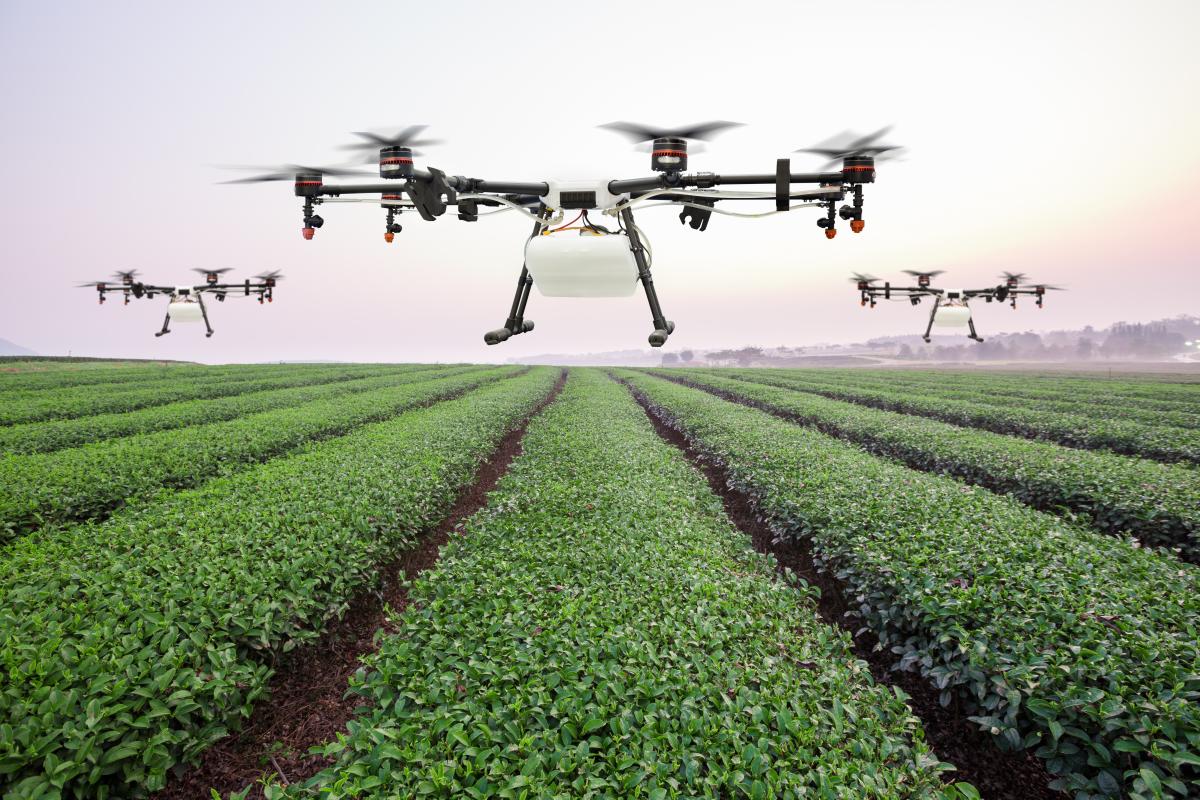 AI’s ability to harness the power of big data is particularly promising, says Robert Kirkpatrick of UN Global Pulse, and applications are already under way. “Labs are using big data and deep learning to map discrimination against refugees in Europe, recognise rescue attempts from shipping data in the Mediterranean, detect fires in Indonesian rainforests, predict food prices from Twitter, fight bottlenecks in sanitation services in refugee camps and generate socioeconomic indicators from satellite imagery and flows of postal traffic.” Other AI applications already being trialled, meanwhile, include monitoring illegal fishing, detecting nuclear tests and preventing the onset of sepsis in hospitals.

Personal health and wellbeing are also amenable to AI’s magic wand. It can ameliorate everything from illiteracy to hearing loss and – thanks to driverless cars and multiple sensors – give blind people the gift of independent mobility and living. Its ability to analyse vast masses of data can massively improve everything from cancer diagnosis to the development and testing of new drugs. Timely and accurate diagnoses and drug therapies don’t just save lives – they save health services money, too. Medicine is one field that will be particularly amenable to “cobots”, with studies suggesting that some of the best results arise from collaboration between human and machine. One revealed that top doctors make erroneous decisions in 3.5% of cases, while state-of-the-art AI has an error rate of 7.5%. When combined together, however, the error rate can drop to 0.5%.

Last year’s AI for Good summit in Geneva, which brought together academics (Stanford, Berkley, Cambridge, etc), tech companies (Google, Facebook, Microsoft and more) and UN agencies, concluded that the technology could play a role in tackling every one of the Sustainable Development Goals.