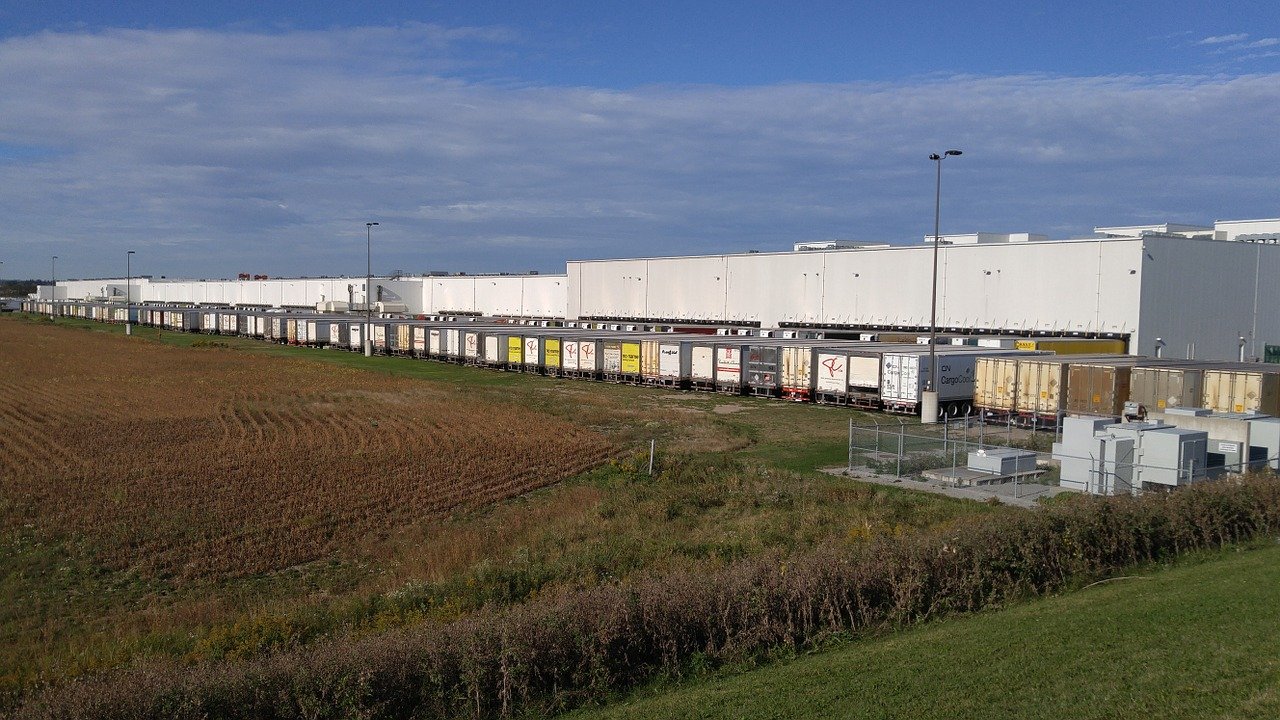 Amazon continue to expand with new warehouse openings and takeovers. These include seven new sites in Michigan, including the announcement of a mid-Michigan fulfilment centre, three additional operations facilities that will support customers in metro Detroit and Grand Rapids areas, and the opening of three new facilities in the state. The mid-Michigan fulfilment centre will open in 2022, and sits at 1 million square foot .

Amazon have also opened a new fulfilment centre in Tijuana, Mexico, just three miles south of the US-Mexico border. This is part of a $100 million spend by Amazon in Mexico on warehouses to improve delivery speeds, and the photos have gone viral due to the positioning of the warehouse surrounded by deteriorating shacks.

Another Amazon warehouse has been opened in Fargo, with the first day of operations happening on Sunday, September 19th. This facility has been under construction for nearly a year, and is 1.3 million square feet. The facility is located on 110 acres of land northwest of Hector International Airport and east of I-29.

Amazon have also announced a new distribution centre in Dublin, Ireland, which is due to open in Spring 2022. It will be the first Amazon centre in Ireland, and will occupy 630,000 square foot at Baldonnell Business Park in Dublin. It will serve both Irish and European customers.

In the UK, they are also building a huge £400m warehouse in the Gablecross area of Swindon. The building is just south of the A420 in Symmetry Park, and looks to be nearing the end of construction, hoping to be finished in the fourth quarter 2021.

Finally, Amazon have opened a mega-warehouse on Boxwood Road, near Newport, Delaware, and is the largest operational Amazon facility in the country. The warehouse totals 3.8 million square feet over five stories.

Handling capacity at Newark Airport to be improved with new facilities

The new off-airport cargo facility, which is five minutes from the New Jersey airport, is 76,000 square feet and any arriving import cargo will be trucked to the new facility by an AGI in-house shuttle service, allowing easy cargo handling.

The handler is also relocating from existing facilities at Newark to a 24,000-square-foot facility on airport to handle outbound and export cargo.

A whopping 3.4 million sq m of warehouse space in the UK is due for construction this year, an increase of more than 60% compared to last year.

This is in response to the rapidly increasing growth of e-commerce, with much of the investment coming from overseas.

One of the big players is, of course, Amazon, who have signed 18 letting deals in the UK in 2021.

Lineage Logistics, a temperature-controlled industrial REIT and logistics solutions provider has announced the completion of the expansion of its Heywood Northern Superhub in Manchester.

Cushman & Wakefield have announced that the firm has arranged the sale of Bridge Point Miramar, a 304,428-square-foot, rear-load distribution centre located in Miramar, Florida. The final sale price was $71.55 million.

Located at 15501 SW 29th Street, the recently renovated building features 46 dock-high doors and is in close proximity to the ports of Ft. Lauderdale

Caprock Partners, a real estate investor and developer are building a 183-acre industrial development in Phoenix, named CapRock West 202 Logistics. It is located within the southeast quadrant of the I-10 Freeway and Loop 202, at the northeast corner of North 59th Avenue and West Van Buren Street.

This is the largest speculative real estate project in the history of the city of Phoenix, and is a transformation of one of the largest remaining infill land sites in Southwest Phoenix.

The warehouse will total 3.4 million square feet, and is highly accessible to logistics transportation routes. It will be made up of eight buildings, ranging from 228,000 to 1,065,000 square feet. The building will be developed in two phases, with phase 1 planned to break ground in November 2021, followed by completion at end 2022, and will include the first five buildings.

MasonHub have opened a fulfilment centre in Wilkes-Barre, PA, tripling their current capacity, and enabling two-day US shipping for many more of its customers.

It will be a key distribution hub in the region, and reduces delivery lead times in all 12 countries from 28 to 2 days, or by 93% according to a press release.

The warehouse is in partnership with FM Logistic, who currently operate a 50,000-square-metre logistics centre, which will be expanded. The warehouse’s annual volume is expected to exceed 30,000 pallets.

Chewy, a pet food company, have announced they will open three automated fulfilment centres in the next 14 months, aiming to boost productivity and assist with the effects of recent labour shortages.

These will be opening in Nashville, Tennessee, Reno, Nevada and Cansas City, Missouri. Chewy currently operate 14 fulfilment centres, and these will be three of four which are automated. Their first automated facility opened in Archbald, Pennsylvania, in October 2020.

Stirling Properties have announced the purchase of a 140,000-square-foot distribution centre in Livingston, Louisiana. The facility is located as 28517 S.Front Road in Livingston. The property was sold for an undisclosed price.

The facility is currently fully occupied by PepsiCo, Inc. and serves as a logistics hub for all PepsiCo brands. It sits on 15 acres and is located along the Interstate 12 corridor.

Costco have announced that they have broken ground on a 1.1 million-square-foot distribution centre in Tumwater, Washington State, the largest in the region.

The project is aimed to be completed by August next year, and is located at 2311 93rd Ave, S.W., immediately east of Interstate 5, at Exit 99.

The building is located immediately adjacent to I-55 at Route 53, and provides superior access to the entire Chicago Metro. It also offers 80+ trailer positions, 40 dock positions and 32’-38’ clear height.

Ocado have announced plans to take over a 346,000-square-foot warehouse in Luton. The building is situated in Panattoni Park by Junction 11a for the M1.

This is just the latest supermarket warehouse in the area, with Lidl currently building a distribution centre and supermarket on the opposite of the M1.

Aiming to open in 2022, FedEx have leased a huge industrial warehouse complex in San Jose, with quick access to freeways and airports. These include Interstate 880 and US Highway 101. It’s also near San Jose Airport and off a freeway that offers links to Oakland International Airport.

The brand new building totals 179,600 square feet and is located at 1605 Industrial Avenue in San Jose.

The ADUSA Supply Chain Network have announced the opening of a new distribution centre at 1339 Tolland Turnpike in Manchester, Connecticut.

The facility is 1 million square feet and will receive, select and transport 88 million cases of non-perishable grocery shops annually.

With growing demand for second-hand apparel, thredUp, a clothing resale platform, have announced an expansion of their item capacity by 150% across its distribution centre network.

The new facility, in Lancaster, Texas (and in the Dallas-Forth Worth metroplex), is a $70 million investment by the company, and is nearly 600,000 square feet in size.

The facility is located off I-35 and I-20, and is expected to be thredUP’s largest and most automated distribution centre upon completion. This is due in Q2, 2022, with an initial capacity of 500,000 items.