Key newbuilds and acquisitions from the frontlines of logistics property 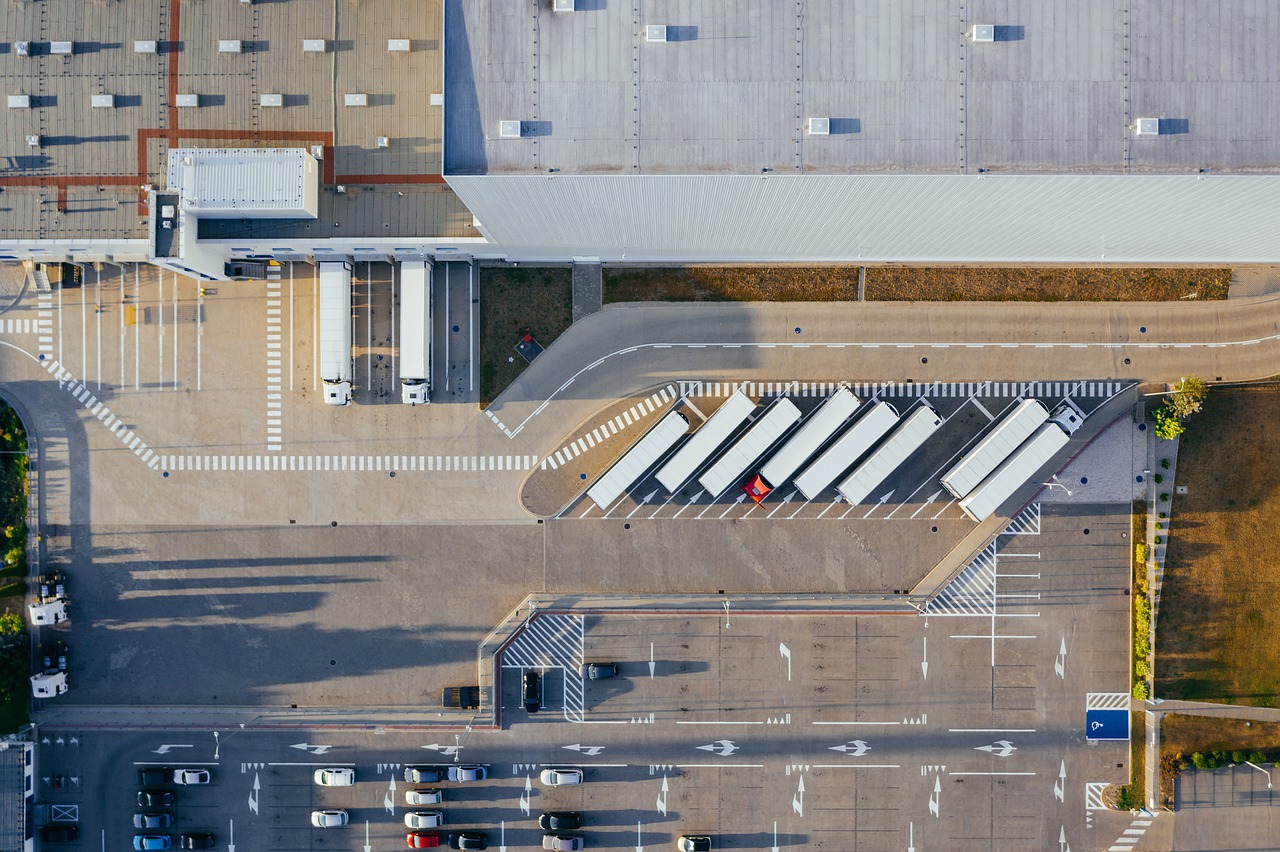 Amazon is to launch their first packing centre in Ireland, to avoid delays brought by new Brexit trade agreements.

Looking to use a 650,000 sq.ft. unit at a business park in Baldonnell, west of Dublin, it will mean Irish customers are expected to receive Amazon purchases faster, as many items are currently dispatched from the UK.

Amazon currently has a delivery warehouse at Rathcoole in Ireland, but the Baldonnell site will be the first in the country where products are packaged by Amazon employees.

This is the largest automated fashion e-commerce fulfilment centre in Latin America, and will serve more than 5 million customers across Brazil and 1,000 brand partners.

The facility is part of a 50 million euro investment and is located near Sao Paulo, Brazil. It is able to store more than 8 million items, and features around 300 robots and 450,000 bins, powered by AI and predictive analysis technology.

Home Depot has opened a 1.5 million-square-foot fulfilment centre in Dallas, on schedule after two years of construction.

The site is a part of the retailer’s $1.2 billion supply chain investment that was announced in 2017 and will fulfil store and online orders through store pick-up or last-mile delivery to consumers’ homes.

The new facility includes zero-emission, hydrogen-fuel-cell charging stations to power handling equipment such as forklifts and clamps, which Home Depot began using in 2015 at warehouse locations in Ohio and Georgia.

Home Depot describe this as a ‘key hub’ for its supply chain strategy, and they aim to reach 90% of the US population for same-day and next-day delivery.

The purpose-built warehouse will be on a 52-acre site at the Staffordshire North Business  Park which is close to Junction 14 of the M6.

Pets at Home have signed a conditional 20-year lease on the site and 800 jobs are expected to be created as a result. The site, to be built by Stoford Developments, will open in 2022. (87)

The local campaign against an Amazon distribution centre in the residential Cornwall Road site of Oakville, Ontario, was always doomed due to the provincial Local Planning Appeal Tribunal rules so local councillors have vowed to work with the e-commerce giant to mitigate the effects of the centre on local residents.

The site is expected to employ up to 200 employees with a predicted 1500 plus vehicle trips made in and out of the property daily.

Amazon has offered to reduce the number of requested parking spots, improve landscaping and to provide new turning lanes on Cornwall Road and to build a noise wall to insulate against the beeping sound of reversing lorries. Local residents are concerned that although the site has been a warehouse for many years, an Amazon last-mile delivery station will generate vehicle movements that could be at least 50 times greater than that of a traditional warehouse.

The centre will pack and ship items, and it will create 1,000 jobs in the local area.

This will be the second fulfilment centre to come to Kern County after a site in Bakersfield opened in August 2020.

A provider of supply chain services to healthcare manufacturers has leased 370,942 sq ft of space at Panattoni’s UK Derby Commercial Park. |The site has been speculatively developed.

The warehouse will be ready by mid-2021. The site offers Alloga good transport connections and is the company’s first move outside of South Normanton.

Panattoni will begin work on the adjacent site on Derby Commercial Park in the coming weeks to speculatively develop a further 515,000 sq ft at Derby 515.

Construction is expected to start in March with delivery due in Q3 2021.

Known as “Super W”, the warehouse will be situated on a well-established site at the intersection of the M5 and M56 motorways, four miles south of Warrington town centre and a 14-minute drive from Manchester Airport and 26-minute drive from Liverpool.

Demand for space in the north-west of the UK is high, with demand specifically for large distribution space with take-up reaching 4.9m sq ft in the last 12 months. This is 90% ahead of the previous year.

St Modwen Developments’ plan to build a 49-acre storage and warehousing complex on green fields south of Junction 1 of the A50, near Castle Donnington in the UK’s Midlands looks set to be rejected due to local opposition.

The site would provide units totalling almost 1m sq ft and the company claims the development would mean it could contribute up to £80m annually to the regional economy.

However, planning officers have advised that the scheme be rejected on the basis that it would impact negatively on the landscape. Local residents as well as local parish councils have objected to the scheme.

The area has seen a number of large developments in recent years including the SEGRO East Midlands Gateway Logistics Park. Discussions are underway about the possibility of turning the nearby airport into a so-called freeport.

St Modwen Industrial and Logistics has also submitted detailed plans for a 170,000 sq ft industrial and logistics space a few miles west of Derby which would provide three units of 39000 sq ft, 54,000 sq ft and 7,9000 sq ft, if approved.

Following Firethorn Trust’s acquisition of the 24.5-acre Ascent Logistics Park scheme in Leighton Buzzard, Bedfordshire, UK, in March 2020, approval has now been granted for the speculative scheme close to junction 11 of the M1. The site will comprise eight grade-A units of various sizes up to 130,000 sq ft.

The first units are expected to be ready in the third quarter of 2021.

LaPour Partners has begun work on a 338,776 sq ft warehouse project at AirParc Heights, a 21-acre industrial complex in the west Henderson area of Southern Nevada.

The area has seen significant developments in recent years. The project is expected to be finished in the third quarter of 2021.

Wykeland Group’s Melton West business Park in East Yorkshire, UK, is set to benefit from a £1.1m project. Work on the first of two sites is underway, with a 123,000 sq ft site confirmed initially.

The Hull-based site is considered one of the premier locations in the region for business development with good access to Hull city centre and the surrounding motorway network.

Work is expected to be finished by mid-June 2021 with rumours that the distribution facility will be an Amazon last-mile delivery site. Neither the developer nor Amazon have confirmed or denied this.

The Thailand industrial estate business is expected to improve in 2021 compared to last year, despite the implications of travel bans, Covid-19 vaccine delays and US-China trade tensions.

Promotional investment projects in 2020 increased by 1% over 2019. Total investment value dropped by 15%. Fifty-eight percent of this amount was driven by industries led by electronics, agriculture and food processing, automotive parts and medical.

In 2021 smart electronics, medical and food industries are predicted to accelerate demand.

According to Adam Bell, head of industrial and logistics at CBRE Thailand, the logistics market remained steady duty to greater reliance on e-commerce and the digital economy. More than 400,000 of MLP supply is expected to come into the 2021 market. Most will be in the built-to-suit format.

China-based manufacturers are still considering relocation to Southeast Asian production bases because of potential lower costs. Investors are increasingly interested in buying factories to assert more control over their premises.

According to SCB's Economic Intelligence Centre, e-commerce sales this year will grow 35%, driving total parcel shipments to over 4 million items per day. As a result, growth in ready-built warehouses is expected. Such warehouses have a 90% occupancy rate.

Japan was the leading country in foreign direct investment with 139 projects worth 37.5m baht, followed by China and then the Netherlands.

Cycleon have expanded their returns network in North America with the opening of a new warehouse facility in Waco, Texas. This will extend their returns solution for both retail and online returns.

The facility will enable them to proceed higher volumes of returns and perform additional services such as item verification, re-conditioning, rebagging, retagging, repacking and redeployment. The company claims the new return centre will shorten lead times in central US by 20%.