The Focal Point of Amazon's Logistics Network - Fulfillment by Amazon

Will Amazon compete against the likes of DHL, FedEx and UPS is one of the most talked about questions in the market. 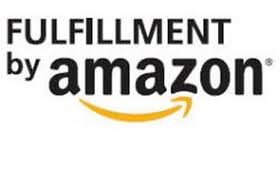 The Big 3 is certainly feeling Amazon’s presence throughout the world but instead of intentionally competing directly against them, Amazon is ensuring its customers and sellers are taken care of first.
At the center of Amazon’s logistics network is its Fulfillment by Amazon (FBA) service whereby sellers on the Amazon platform store their products in Amazon’s fulfillment centers, and Amazon then pick, pack, ship items, and provides customer service for these products. In 2016, the number of active sellers using FBA grew more than 70% and the Amazon service delivered more than two billion units on behalf of sellers. It’s certainly not inclusive to the US; using the FBA service, Amazon sellers from more than 130 countries fulfilled orders to customers in 185 countries in 2016.
As FBA grows, the need for capacity is great. As noted in previous posts, Amazon describes itself as “Earth’s Most Customer-Centric Company” and this is increasingly encompassing from the supplier/manufacturer all the way to the front door of the customer.
Move by Ocean
In late 2015, Amazon’s Chinese subsidiary obtained a NVOCC license. This not only raised eyebrows but questions of when, where and how will the license be used. As of now, from what we can determine, the license has yet to be used. But, according to Datamyne data, over 460 TEUs have been shipped from China on behalf of Amazon.com as well as specific US-based Amazon fulfillment centers since March 2016 by way of its forwarder/NVOCC partner De Well Container Shipping. US entry ports have focused on the west coast including Long Beach, Los Angeles and Tacoma.
Move by Air
Recently, Amazon announced plans for a major air hub at the Cincinnati/Northern Kentucky Airport (CVG) in Hebron, Kentucky. The hub will support Amazon’s dedicated fleet of Prime Air cargo planes by loading, unloading and sorting packages. Furthermore, Brian Clancy, managing director of advisory firm Logistics Capital & Strategy LLC, noted that Deutsche Post DHL also is located at the airport and that will let Amazon transfer packages easily abroad. According to Amazon executive, Brian Olsavsky, the purpose of the air hub is “all about supplementing our existing capacity both our partners and ourselves and essentially building capacity that can handle this top line growth and also the growth in Amazon Fulfilled Network (AFN) units which is even higher than our paid unit growth. This is about supplying our need for our customers and our sellers”.
Move to My Front Door
As for last-mile delivery, Amazon performs this service in locations where it makes sense. As noted on the recent earnings call, “the challenge is always going to be cost and as we get better at this and get economies of scale, we lower those costs over time”.
Europe
As FBA grows so too does Amazon’s logistics network. In Europe, for example, Amazon has introduced solutions to ease the complexity of intra-European movements.  In early 2016, it introduced its Pan-European fulfillment program. European sellers who use the service are able to deliver their inventory to a local fulfillment center. Amazon can then distribute those goods across its more than 30 warehouses in seven European countries to meet anticipated demand, and deliver directly from the one nearest to the customer.
However, the handling of VAT declarations, a system of adding tax for each stage of production of a product, with the tax rate usually set based on the location of the customer, and other taxes does not seem to be included in the service so Amazon Business plans to eventually offer a service for calculating Europe’s VAT, or value-added tax, and include it in product pricing and customer invoices. The group is letting sellers on Germany’s Amazon Business pre-enroll now for the service.
What’s Next?
FBA is the focal point of Amazon’s logistics network. Because its supply chain partners do not have enough capacity within their individual networks, Amazon has had to build out their network to meet its commitment to customers and sellers alike. However, as it grows, its logistics capabilities and network grows as well, thus bumping up against the likes of DHL, FedEx and UPS. Are they directly competing against the Big 3 or are they merely taking care of their own needs? It appears the more they grow the more they are competing against the Big 3 so perhaps if there is extra space on an Amazon airplane, ocean cargo container or the back of an Amazon delivery van, maybe the space will eventually be available to assist DHL, FedEx or UPS in their deliveries.
Logistics Trends and Insights
comments powered by Disqus