Supply Chain Agility - How To Achieve It

Progress is slowing. While 80% of companies believe that supply chains are more agile today than five years ago, only 36% of companies believe that the supply chain is more agile than a year ago. Improvements in transportation management had the greatest impact on improving agility. Today, companies attempting to drive additional improvements through demand sensing and better visibility in Sales & Operations Planning S&OP). It is not easy. Why? These two projects require more than technology; but, companies cannot be successful without technology. Each has a significant change management component. It is a careful balance between change management and technology evolution.

Today, two in five companies believe their S&OP process is effective. Only one in five companies has a balanced process, and most companies struggle to get to data. Only one third report that they are able to execute the S&OP plan. Most companies lack the ability to manage data and develop a feasible plan. For most, as shown in Figure 2, the technologies are not able to deliver role-based views or determine the most profitable plan.

Where Are We Going from Here?

At Supply Chain Insights, we are currently working on some research to understand the current state of technology for S&OP and inventory optimization. Through our research, we can see the gaps and want to help companies to understand the changing landscape. This is our third report in this series.

Agility doesn’t just happen. It does not grow on trees. Instead, it needs to be designed and built. New solutions offer promise.

Definition of S&OP Visibility Technologies. In short, we are seeing the evolution of a ‘visibility layer’ above traditional Advanced Planning Systems (APS). This is happening for two reasons. The first is that the IT environment is far more complicated today than before. Since the 1970s, the number of U.S. companies involved in mergers, acquisitions and other types of ownership changes increased markedly; the number doubled almost every six to seven years  during the period of 1972-1986, and 21% of U.S. factories changed owners at least once during a ten-year period. Over 2,500 mergers occurred in the last 20 years. As a result, IT systems are complicated and often a mess. The average company has two to three Advanced Planning Systems (APS) and  five to six separate Enterprise Resource Planning (ERP) systems. Many have different data models due to multiple M&A activities. The second reason for a visibility layer is the need to automate a more ‘causal user’. The traditional APS technologies are too complex for most S&OP planners. Newer, easier to use, technologies are evolving.

Recommendation: Take advantage of these newer S&OP visibility technologies after, and only after, you can deliver on a feasible plan.

Rethink Workflows. In today’s systems, workflows are built for ‘single ifs connecting to single thens’ …  Supply chains do not play by the rules, and the technology is not flexible enough. I believe we need to connect ‘multiple if’s to multiple then’s’. I think the answer lies in new forms of cognitive computing and rules-based ontologies. I believe that it will start with the redefinition of master data management. Today, 9% of early adopters are experimenting with cognitive computing. I think we are five years away from widespread adoption of cognitive learning.

Recommendation: Experiment with cognitive learning in pilots and closely follow the evolution of this promising technology.

Deeper and More Meaningful Optimization. The first generation of APS tools was built on deterministic optimization technologies. It is ironic: we built linear optimization to manage complex systems in a nonlinear world. As the long tail of products expands, it is not sufficient.  In a recent benchmarking study of demand by Terra Technology, the company reports that since 2009, the number of items is up 30% with the average sales volume per unit falling by 22% over a six year period in Consumer Packaged Goods Companies. We expect significant advancements in optimization and visualization to happen in the next year.  These solutions will be deployed in cloud-based analytical environments on top of existing solutions.

Demand-Driven Signals. The current demand sensing tools are the iceberg of what is to come in demand sensing and translation technologies. Get ready to redefine demand.

Based on our current research, we believe that the gaps shown in Figures 2 and 3 will close. The first step is recognizing the need and asking for better answers. The second is experimenting with new technologies. With most people max’d out on driving agility through traditional mechanisms, we expect more pressure on technology providers for newer solutions. After all, agility does not grow on trees. Instead, it must be built.

For more insights on this research, check out the summary PowerPoint on SlideShare. 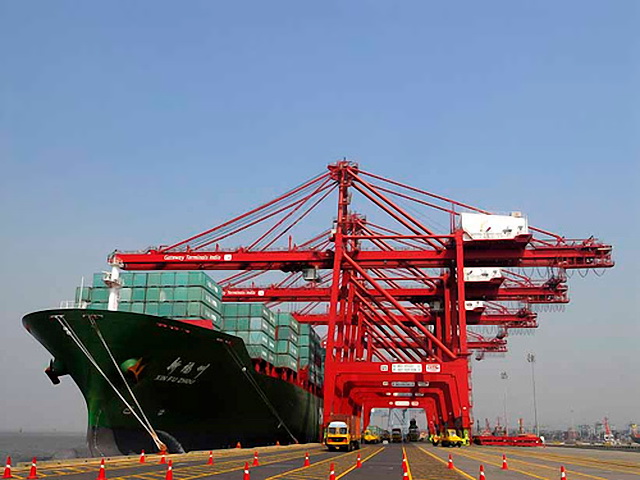