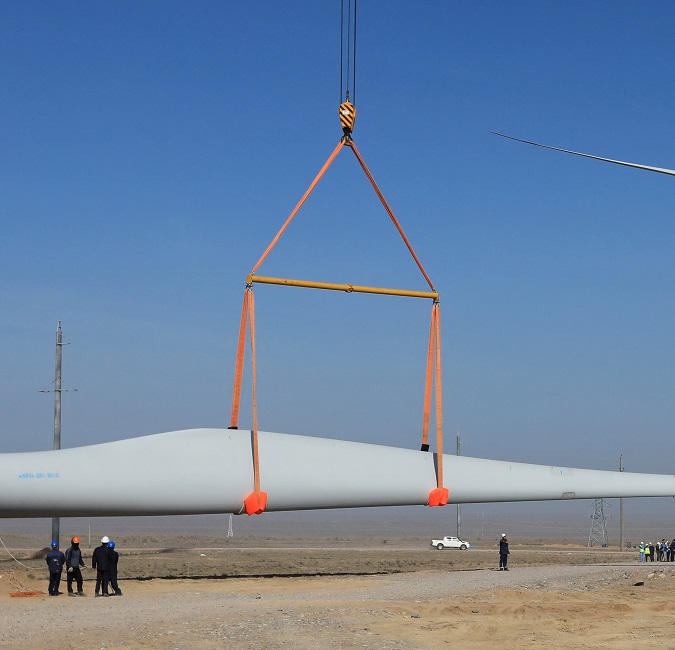 Denmark's Vestas posted a first-quarter loss and cut its 2022 margin forecast due to the impact of the war in Ukraine on global markets and write-downs in its offshore wind business.

The world's largest turbine supplier made a loss before interest, tax and special items of 329 million euros ($347.0 million), far exceeding the 91 million euro loss expected by analysts, the company said in its quarterly earnings report May 2.

Vestas expects a margin on earnings before interest and tax (EBIT) before special items of between minus 5% and 0%, down from a previously guided range of 0 to 4%.

"The business environment worsened significantly during the first quarter of 2022 due to Russia's invasion of Ukraine, and the associated ripple effects on global trade and cost inflation," Vestas said in its report. The company "continued to increase prices in a very challenging business environment and unfolding energy crisis," CEO Henrik Andersen said in a statement.

Turbine makers continue to face strong inflationary pressure from high material prices and logistics constraints following the covid pandemic which have been worsened by the war in Ukraine. The margins of turbine makers were already squeezed by intense market competition and the gradual removal of renewable energy subsidies.

Meanwhile, European governments are ramping up wind energy targets to strengthen energy security following Russia's invasion of Ukraine and to accelerate the transition to net zero. Vestas posted first quarter revenues up 27% on a year ago to 2.5 billion euros.

Vestas competitor Siemens Gamesa also posted a quarterly loss and said it was discussing raising prices for its wind turbines by more than a high single-digit percentage in some cases as it grapples with stubbornly high raw materials prices, Reuters reported April 20.

"For specific materials … steel, copper, others, we continue to observe further non-decreasing prices so the price peak we kind of reached is kind of still in existence," Siemens Gamesa CEO Jochen Eickholt told analysts on a conference call.

The U.S. federal government has launched calls for interest for offshore wind capacity on new leasing areas off the coast of Oregon and Central Atlantic, the Department of Interior announced April 27.

The calls form part of the Interior Department's plan to hold up to seven offshore wind lease auctions by 2025, including undeveloped areas in the Central Atlantic, the Gulf of Mexico and the West Coast.

The government has set a target of 30 GW offshore wind by 2030 and aims to complete the environmental reviews of 16 projects - representing 19 GW of capacity - by 2025. Construction has begun on the 800 MW Vineyard Wind project, the U.S.' first large-scale offshore wind farm. The facility is scheduled to be fully online by 2024.

The leases cover New York and New Jersey territory and include incentives to source major components domestically and to enter into project labour agreements that support union workers, the Interior Department said. Other requirements will provide greater flexibility in transmission planning and increase engagement with Tribes, fishermen and other local stakeholders.

BOEM initially called for interest from developers for 1.7 million acres in the New York Bight and reduced this by 72% following input from scientists and regional stakeholders.

The U.S. Federal Energy Regulatory Commission (FERC) has opened a consultation on new rules for upgrading electricity grids that will require grid operators to plan ahead and unlock capacity for renewable energy projects.

A lack of transmission capacity, connection delays and excessive upgrade costs are slowing the deployment of renewable energy. President Biden's pledge to decarbonise the power sector by 2035 requires a massive buildout of wind and solar and grid investments are lagging far behind.

Under the FERC's new rules, transmission companies would be required to identify long-term transmission needs that incorporate the shift towards renewable energy and account for high-impact extreme weather events.

The grid operator would need to establish transparent criteria for implementing cost-efficient transmission projects and cost allocation methods would need to be agreed by state entities within the network region, FERC said.

PJM, the largest U.S. grid operator, is already rolling out a new holistic grid planning process that reduces costs and transfers responsibility to power authorities. PJM has seen a surge in solar projects and is preparing for an East Coast offshore wind boom.

“This [FERC] proceeding is a critical next step to encourage the significant transmission system upgrades that we need to bring more renewable energy projects online," the U.S. Solar Energy Industry Association (SEIA) said.

“SEIA will advocate for several important items during this process, including giving more voice to independent power producers and expanding the factors considered during transmission planning to account for all the benefits that clean energy offers," it said.

The U.S. needs to expand transmission systems by 60% by 2030 and the DOE plans to conduct a National Transmission Needs Study this year to identify "high-priority" projects, it said.

The European Commission is assessing whether the European Union could achieve a higher target of 45% of energy from renewable sources by 2030, to accelerate its shift from Russian fossil fuels following the invasion of Ukraine, Reuters reported April 20.

Renewables supplied 22% of energy consumed in the EU in 2020 and last year the EC raised its target from 32% to 40% in a bid to reduce greenhouse gas emissions by at least 55% by 2030 compared with 1990 levels. Studies showed current policies would result in a 34% renewable energy share by 2030, it said.

"We are working on it full speed to take account, first of all the proposal of going from 40% to 45%, but also in the context of higher energy prices," Mechthild Woersdoerfer, deputy director-general of the Commission's energy department, told a meeting of EU lawmakers April 20.

Share of energy consumption from renewables in EU in 2020 National governments are already accelerating renewable energy plans following Russia's invasion of Ukraine and the EC will publish a legal proposal to make it easier for renewable energy projects to get permits, Woersdoerfer said.

Permitting delays are curbing renewable energy growth and several national governments are adapting their permitting procedures in a bid to speed up deployment.