The Department of Energy’s first clean energy loan guarantee since 2014 supports the scaling of green hydrogen and storage that boosts the value of wind and solar. 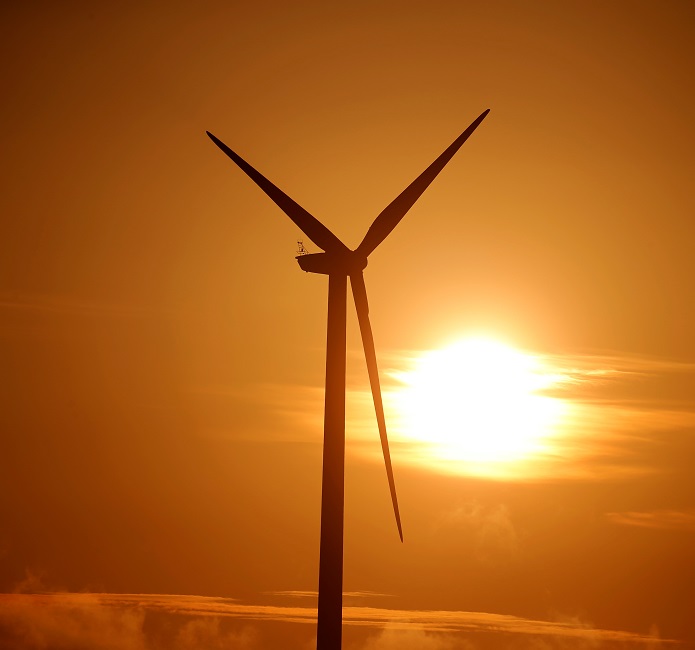 On June 8, the U.S. Department of Energy (DOE) awarded its first clean energy loan guarantee since 2014 to a green hydrogen project in Utah.

The Advanced Clean Energy Storage (ACES) project in Delta City secured a $504 million loan to build the world's largest green hydrogen storage facility. Developed by Mitsubishi Power Americas and Magnum Development, the plant will have 220 MW of alkaline electrolysis capacity and 300 GWh of storage capacity in two huge salt caverns. The electrolysis plant will use renewable energy to create green hydrogen that can fuel the converted Intermountain power station. The project aims to help create a market for hydrogen in the Western US and provide long duration energy storage (LDES) to the power market.

The loan allocation highlights the Biden administration's support for green hydrogen and the scaling up of novel energy storage technology as it pursues its goal of a decarbonised power sector by 2035.

“Moving from small-scale, proven electrolysis projects to one of this size introduces new challenges and financial risk the market isn’t yet able to price in,” Rowell said.

Other storage projects could be in line for funding. Biden's government has redirected the loan guarantee program more towards emerging clean energy technologies and still has $2.5 billion of funding available for these types of projects.

The loan guarantee program offers up to $40 billion across all generation types and energy storage represents the greatest number of applications. To date, the program has received 77 applications for a total of $78.8 billion in loans.

Rising solar and wind penetration is increasing the need for energy storage and a wide number of technologies are being developed. Battery storage costs are falling but other types of technology are required for longer durations. Wind and solar represented around 14% of all U.S. power generation in 2021 and will need to grow rapidly to meet President Biden's goals. Renewable energy penetration is already far higher in many windy and sunny states. DOE will be keen to back technologies that can prove reliable and can soon be widely deployed to reduce carbon emissions. The failure of the Crescent Dunes concentrated solar power (CSP) plant shows how the loan program takes risks in the step up from pilot plants to large commercial facilities. Crescent Dunes was shut down following numerous faults and plant owner Tonopah Solar Energy filed for bankruptcy protection.

To gain the funding, ACES passed a due diligence test that is "as stringent or more stringent than other commercial bank due diligence processes,” Michael Ducker, Senior Vice President of Hydrogen Infrastructure for Mitsubishi Power Americas, told Reuters Events.

ACES involves the conversion of the Intermountain coal-fired power plant to a 840 MW combined cycle gas-fired plant that can run on a mixture of 30% green hydrogen and 70% natural gas from 2025. Intermountain currently supplies power to Los Angeles Department of Water and other municipal utilities and rural electricity cooperatives and by 2045 the plant will run exclusively on hydrogen. Plant conversion work began in October and the Southern Transmission System linking Intermountain to Southern California will also be upgraded.

The technologies on ACES are proven but integration of these at utility scale is a new challenge. Salt caverns have been used to store hydrogen for decades and the large size of the facilities means the storage capacity far exceeds the current global storage capacity for lithium-ion batteries.

The electrolyser will be able to produce up to 100 tonnes per day of hydrogen but the storage rates would depend on the trade-off between power dispatch and storage for a later date, Ducker noted.

Power storage projects like ACER can increase the value of solar and wind assets by increasing capacity factors and reducing curtailments. A study by power group Enel and storage developer Form Energy found storage durations of between 13 and 23 hours can increase the net present value of a wind farm by up to 50%.

Growing renewable energy capacity increases the risk of curtailments and many U.S. solar developers are including battery storage in their projects to access higher power prices during peak evening demand periods.

California has called for more long duration storage capacity to help alleviate supply shortages as it decarbonises its power grid. The state will eventually need about 45 GW of LDES to meet its clean energy goals, according to consultancy Strategen, and developers want more support either through R&D funding or market reward mechanisms.

Long-term competitiveness of storage will require improvements in manufacturing efficiency and economies of scale. The DOE has already provided funding to a range of technologies and aims to reduce the cost of 10-hour energy storage by 90% within a decade.

In a further boost for green hydrogen, President Biden has issued an executive defence order that authorises the DOE to invest in new electrolyser manufacturing capacity alongside other key clean energy technologies.

Biden issued the order "so that the U.S. can take ownership of its clean energy independence,” energy secretary Jennifer Granholm said.