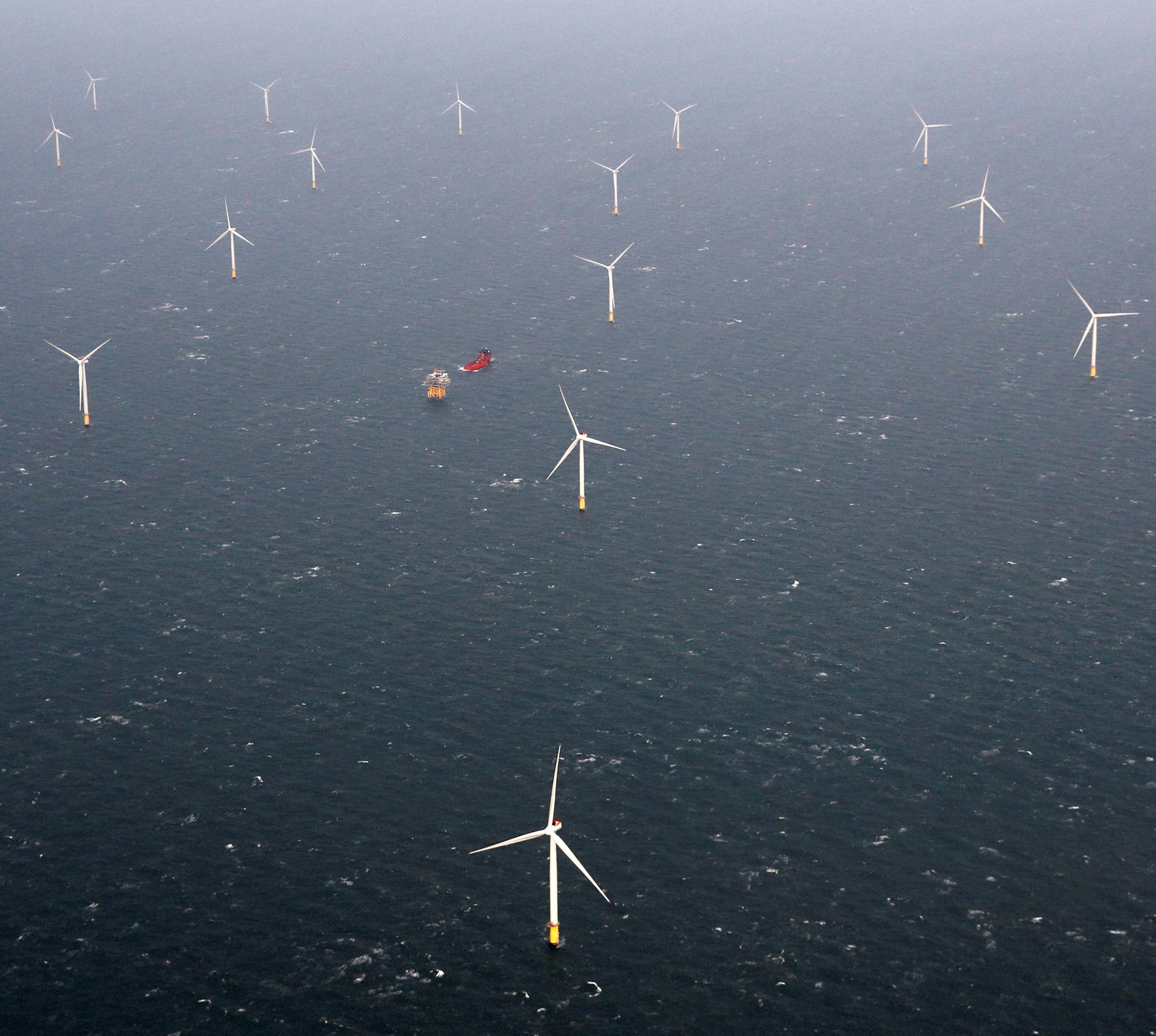 The UK has been a leader in renewable energy deployment and is now targeting wider emissions reductions. (Image credit: REUTERS/Darren Staples)

The UK will commit to cutting carbon emissions by 78% by 2035, far faster than previously planned and one of the most ambitious targets set by any country, the government announced April 20.

The UK is the world leader in power sector decarbonisation and the 78% pledge will for the first time require cuts in international aviation and shipping. The commitments, which will become law by June, follow the recommendations made by the Climate Change Committee (CCC), an independent group that advises the government. The UK will host the United Nations COP26 climate summit in Glasgow in November and US President Joe Biden hosts a climate summit on Thursday.

By 2019, the UK had cut emissions across economy and industry by 44% and sliced power sector emissions by two thirds. The UK is the leading global offshore wind market and aims to quadruple capacity to 40 GW by 2030. The government also opened subsidy auctions to onshore wind and solar this year for the first time since 2015. President Biden has pledged to fully-decarbonise the US power sector by 2035 and five of the UK's largest energy companies have called on Johnson to make a similar pledge.

The UK's previous actions against climate change have encouraged "similar international actions," the energy groups reportedly said in a joint letter to the UK government.

The Biden administration also aims to pass a new law requiring utilities to source more power from renewable energy sources to meet its target of decarbonising the US power sector by 2035.

The "American Jobs Plan," which must be approved by Congress, would also extend the ITC programs for solar and energy storage. The tax credits will be lowered over time and "paired with strong labor standards to ensure the jobs created are good-quality jobs with a free and fair choice to join a union and bargain collectively," the White House said. Fossil fuel subsidies will be cut to help pay for the investments, according to tax plans set out by the U.S. Treasury April 7.

Years of underinvestment in US power grids are delaying wind and solar projects and the Biden government wants to use a new ITC to incentivise at least 20 GW of high-voltage transmission power lines, mobilising tens of billions in private capital "right away," the administration said.

"Creative financing tools" would be introduced to spur high-priority transmission lines and a new Grid Deployment Authority would be established within the Department of Energy (DOE) to fast-track build along roads and railways, it said. The package sets out a total $100 billion of investment in US energy infrastructure. This includes measures to clean up oil and gas wells and abandoned mines, re-purpose disused industrial and energy sites and support demonstration renewable hydrogen projects.

Global wind power costs are expected to fall by 17%-35% by 2035 with the greatest reductions seen in offshore wind projects, according to a study of leading global wind experts by the US-based Lawrence Berkeley National Laboratory (Berkeley Lab).

By 2050, wind power costs will fall by 37%-49% and the gap between floating wind and fixed-bottom offshore wind will narrow, the survey of 140 wind experts said.

"The anticipated future costs for all three types of wind energy are half what experts predicted in a similar Berkeley Lab study in 2015," the research group noted. The "weatherization" of Texas power plant assets is economically reasonable based on the cost of the winter storm in February and the bulk of spending must be directed at gas-fired generation, the Federal Reserve Bank of Dallas said April 15.

Freezing rain and snow in February cut the supply of wind, gas, coal and nuclear power and left over 4 million Texans without power.

The total cost of the power outages to the Texas economy is currently estimated at around $80 billion–$130 billion, while the value of lost power is estimated at $4.3 billion, analysis by the Dallas Fed showed.

"Accounting for the once-a-decade frequency of subzero temperatures in Texas, winterizing measures and other actions should be equal to or less than $430 million annually," it said.

The Fed's analysis comes as Texas lawmakers debate new laws that would require power generators to protect their assets from extreme weather and force wind and solar operators to pay for backup power.

For wind operators, retrofits of internal warming equipment would be economically unfeasible, but upgraded blade coatings, cold weather lubricants and de-icing drones would mitigate ice formation at far lower cost, the Fed said in its report.

Most of the protection measures would need to be focused on gas-fired power generation, it said.

As temperatures plummeted, wind resources dropped and turbine blades iced up, putting greater pressure on gas-fired generation. Many gas plants were unable to procure gas supplies as gas installations froze and power was cut to processing plants and compressor stations that move the gas along major pipelines.

A number of oil and gas companies already implement winter protection measures and standards for new oil and gas wells may offer a "targeted and effective approach in the long run," the Fed said.

"With winterizing equipment costing between $20,000 and $50,000 per well, we estimate these measures statewide would total $85 million–$200 million annually," it said.

The cost of winterising Texas' gas power plants is estimated at $95 million, based on recommendations by the Federal Energy Regulatory Commission (FERC) and North American Electric Reliability Corp (NERC) following a winter freeze in 2011, the Fed said.