Italy is poised to become a leading floating wind market but it must swiftly implement new regulation and grid plans, developers said. 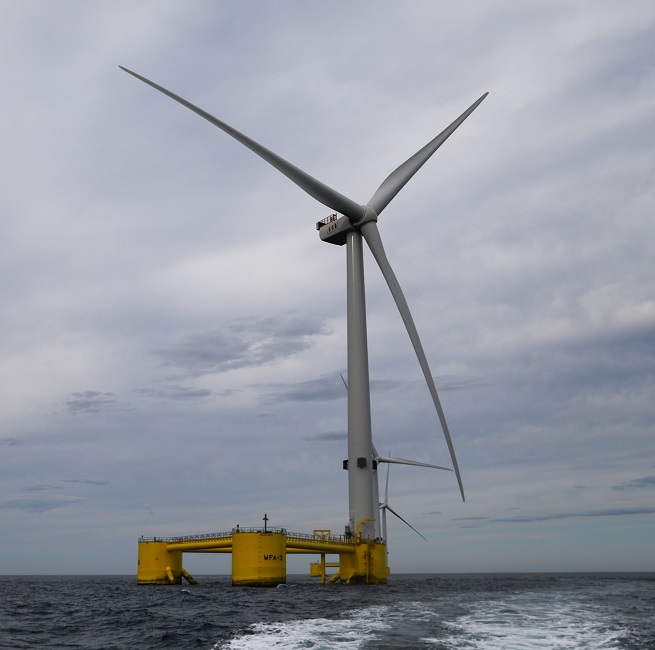 Floating wind activity is ramping up in Italy, boosted by new regulation that supports large-scale deployment.

A draft market framework published by the government in March sets out price support mechanisms and 3.5 GW of offshore wind power auctions between 2023 and 2026. The European Union has raised renewable energy targets following Russia's invasion of Ukraine but Italy's response remains in doubt following the collapse of Prime Minister Mario Draghi's government earlier this month.

Meanwhile, Italian developer Renexia has completed the country's first utility-scale offshore wind farm off the coast of Taranto, Apulia and aims to build the 1 GW Med Wind floating wind farm in the Strait of Sicily by 2025.

The 30 MW Taranto project uses fixed-bottom technology but most of Italy’s larger offshore wind projects will be sited in deeper waters where wind resources are higher, requiring floating structures. Transmission operator Terna has received 70 GW of offshore wind proposals and developers include a partnership between Falck Renewables and BlueFloat Energy and a consortium including Eni and Copenhagen Infrastructure Partners (CIP). Most projects are off the coasts of Sardinia and Sicily and in the Adriatic and Upper Tyrrhenian seas.

The pace of floating wind deployment will largely depend on Italy's new mechanisms for price support, permitting and grid connections, developers told Reuters Events. Project partners hope the new regulations will be implemented this year and the first auctions held in 2023.

Several other European countries are accelerating floating wind deployment but most activity is in the Atlantic and North Seas.

To date, projects developed in Italy have been unsolicited. New market frameworks will provide price support alongside a more efficient approval process, allowing the industry to rapidly deploy at scale.

Italy is planning to implement a contract for difference (CFD) auction model similar to that used in UK and other parts of Europe, fixing revenue at an agreed strike price. Floating wind costs are currently far higher than fixed bottom projects but are expected to fall rapidly as larger projects bring technology and installation learnings. Italy's government proposed a price cap of 165 euros/MWh ($168.6/MWh) in its draft regulation published in March. Industry group ANEV has called for a higher price of 190 euro/MWh, particularly for projects smaller than 500 MW.

Renexia will bid its Med Wind project in the first CFD auction expected next year, Riccardo Toto, General Manager of the company, told Reuters Events. Med Wind will be located over 60 kilometres from the coast in water depths of 300-600 metres and will use the latest large-scale 14.7 MW turbines.

Italy’s draft framework requires developers to have completed environmental permitting to participate in CFD auctions. Renexia signed an interconnection agreement for Med Wind with Terna earlier this year and aims to submit the environmental impact study by October, Toto said.

The EU has called on member states to speed up permitting of large-scale renewable energy projects in areas with low environmental impact. Renexia expects Italy’s Environment Ministry will take six to 12 months to complete the environmental assessment for Med Wind and issue the final permit, Toto said.

Italy's draft framework is broadly in line with other offshore wind markets but the final version must include capacity targets alongside the mechanisms for permitting, site allocation and grid connection, a spokesperson at Eni Plenitude, the Italian group's renewable energy division, said.

Eni and partners are developing two projects with combined capacity of 750 MW offshore Sicily and Sardinia respectively. The Sicily project could be online by 2026 and Sardinia by 2028, provided auctions are swiftly implemented , the spokesperson said.

“Tariff support will be needed for any offshore project to mature in Italy,” the spokesperson said.

Grid connections are a key risk as projects often require onshore grid upgrades as well as offshore infrastructure. Grid operator Terna is rolling out a massive upgrade of onshore infrastructure to connect up a surge in new onshore wind and solar capacity in the south to higher demand centres in the north. Terna plans to invest around 4 billion euros in southern Italy over the next five years and some 18 billion euros nationwide over the next 10 years.

The development plans of Italian group Falck Renewables and BlueFloat Energy show the potential for growth. The companies are jointly developing six projects for almost 6 GW of capacity, including three in Sardinia waters for 2.4 GW, two in Puglia for 2.5 GW and a 675 MW project in Calabria.

The timeline of the projects will depend on the permitting and grid connection processes but the first could be online by 2028, Ksenia Balanda, Director of Falck and BlueFloat’s floating wind projects in Italy, told Reuters Events.

The partners are currently focusing on environmental offshore studies.

“To complete our project by 2028, we need to get the permission to build and the grid connection approval by the [grid operator] by 2024 and complete the detail design and procurement by 2025," Balanda said.