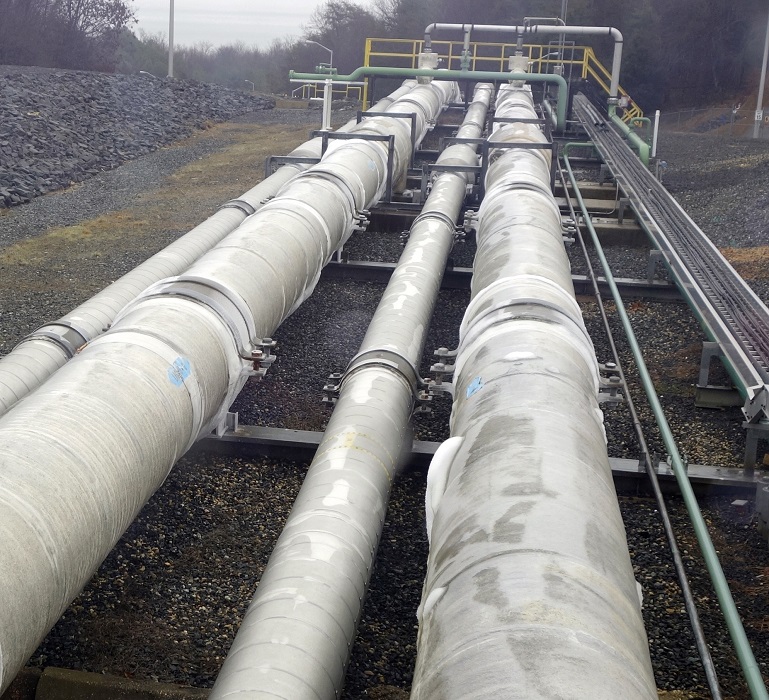 EU energy ministers failed to agree on a proposed gas price cap of 275 euros/MWh ($284.8/MWh) in a meeting on November 24 with some countries arguing it is too high to be effective and others opposing an EU-wide cap. Ministers will continue discussions in another meeting called for December 13.

The European Commission (EC) proposed the cap for one year from January 1 in a bid to curb soaring gas prices that have driven up gas and electricity bills following Russia's invasion of Ukraine.

The cap would be triggered if the front-month price on the Dutch gas exchange Title Transfer Facility (TTF) exceeds 275 euros/MWh for two weeks and at the same time the prices are 58 euros higher than a liquefied natural gas (LNG) global reference price for 10 consecutive trading days.

Countries supporting a gas price cap have criticised the price level as too high, saying it would not have curbed soaring prices last August when month-ahead TTF prices approached 314 euros/MWh on August 26 and stayed above 225 euros/MWh for two weeks in a row.

Thus far, EU countries have disagreed on how to curb gas market volatility. As many as 15 of the 27 EU countries support a solid gas price cap, Reuters reported. However, Germany and several other nations have opposed an EU wide cap on gas prices fearing it could scare suppliers, reduce supply options and encourage higher gas consumption.

In a bid to ease these concerns, the EC said tracking the global LNG price would ensure suppliers continue selling to Europe and proposed that mandatory gas savings would kick in across the EU if a cap is activated.

European Union countries have agreed in principle to implement emergency rules that accelerate permitting of wind and solar projects but energy ministers held off on formal approval due to ongoing disagreement between EU members over a proposed cap on gas prices, EU diplomats said November 24. Together, the measures aim to strengthen energy security and curb soaring energy prices following Russia's invasion of Ukraine and will be debated further by EU ministers on December 13.

Delays in environmental permitting and grid connections have slowed wind and solar growth. Permitting can take several years due to complex administrative processes and a lack of resources at approval authorities.

The emergency regulations define wind and solar as projects of overriding public interest and clarify the environmental and grid permit deadlines that approval authorities must meet within two years. The burden of proof for environmental protection is shifted from developers to public agencies and developers can use a wider range of measures to protect endangered species. Shorter approval deadlines for repowering projects will aid developers upgrading existing sites.

Wind industry officials have warned the permitting measures must include projects already awaiting approvals as an earlier proposal omitting them would slow Europe's dash towards energy independence. Around 80 GW of wind capacity is currently stuck in permitting processes, industry group WindEurope said, five times the total wind capacity installed in 2021.

Germany to apply windfall tax on power profits from December

The German government plans to implement a windfall tax on renewable energy generators from December 1, scrapping an initial plan to impose the levy retroactively from September, the economy ministry said November 25. The levy will expire at the end of April 2024, the ministry said.

The levy will skim 90% of wind and solar profits realised above 130 euros/MWh and reallocate funds towards subsidising customer bills or investing in power transmission, an earlier proposal showed.

The levy, which must be reviewed by EU authorities, could be passed by Germany's parliament in December, Reuters reported.

Delays in permitting and grid connection are hampering wind and solar growth.  The EU has called on member states to accelerate permitting procedures but implementation of new rules will take time to impact projects.

"It might make sense for the state to step in with a guarantee and say 'you can order before the approval is there,' then the ramp-up of the industry will be correspondingly faster," Habeck told a news conference.

The government plans to unveil firmer proposals in the coming weeks, he said.

The UK will impose a 45% windfall tax on wind and solar profits above 75 pounds/MWh ($89.9/MWh, 86.8 euros/MWh) from January until March 2028, the government said November 17. Revenues from state-backed contract for differences (CFDs), which underpin most UK offshore wind projects and many onshore assets, will not be subject to the tax.

UK finance minister Jeremy Hunt unveiled plans to increase a windfall tax on oil and gas companies and extend it to power generation firms as the government looks to raise finance to reduce the national deficit. European governments have spent billions to protect consumers from soaring gas and power prices  following Russia's invasion of Ukraine.

In September, European Union energy ministers agreed to limit revenues from solar, wind and nuclear power generation to 180 euros/MWh ($180/MWh) from December until the end of June. Many EU members are imposing lower price caps at a national level to help pay for subsidies to consumers.

"Any new tax should have focussed on large, unexpected windfalls right across the energy sector, instead profits at fossil fuel plants are inexplicably exempted from the levy," RenewableUK said. "Many renewable generators are on long-term, fixed price contracts and most others sold their power for this winter over a year ago, so they haven't been making excess profits."

Operators in Texas, SERC-East and southern parts of the MISO network risk a significant number of forced generator outages in extreme and prolonged cold temperatures as many assets are not designed for such conditions, NERC said.

Winter storm Uri in February 2021 cut the supply of wind, gas, coal and nuclear power and left over 4 million Texans without power. As supplies froze, the Electric Reliability Commission of Texas (ERCOT) implemented coordinated blackouts and raised power prices to $9,000/MWh - around 400 times the average level - to encourage generators to stay online. The high prices, enforced for 77 hours, punished suppliers short of power and led to a swathe of bankruptcies, including Texas' largest power cooperative, Brazos.

In the MISO network, more than 4.2 GW of nuclear and coal-fired generation has been retired since last winter and reserve margins in the region have fallen by more than 5%, NERC said.

"An extreme cold-weather event that extends deep into MISO’s area could lead to high generator outages from inadequate weatherization in southern units and unavailability of fuel for natural gas-fired generators," it said.

In New England, constraints on fuel delivery during extreme weather could force generation off-line while in Alberta and the Northeast NPCC-Maritimes regions rising peak electricity demand will increase the risk of shortages, NERC said.

NERC acknowledged that following storm Uri the power industry implemented some measures to protect generation assets from extreme weather, but noted that the risk of energy emergencies "has not been eliminated."