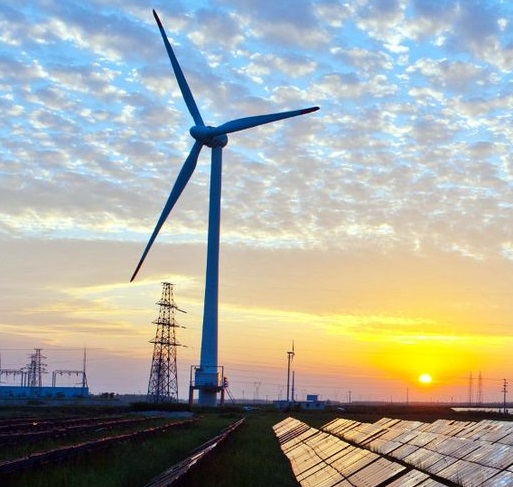 Biden has committed to halve total US emissions by 2030 and the power sector will lead the way. (Image credit: Kenueone)

President Biden has pledged to fully decarbonise the power sector by 2035 - a far harder goal - and a growing number of utilities and unions are calling for a national clean energy mandate. A law based on a closer deadline of 2030 could be passed without Republican support through budget reconciliation, a process allowed for 10-year timelines.

"Our goal is to enact this into law," deputy White House climate adviser Ali Zaidi told Reuters. "There are multiple pathways to get meaningful progress in the power sector. We think this is a really powerful one in terms of giving utilities a clear and clean planning horizon."

A power sector mandate would bolster Biden's formal pledge to cut US-wide emissions by 50%-52% by 2030, unveiled at a global climate summit on April 22.

The US commitment, based on 2005 levels, was swiftly followed by stricter targets from Japan, Canada and Brazil.

The US will likely exceed its 50%-52% pledge, climate envoy John Kerry told reporters. By 2020, the US had cut emissions by 10% and sliced power sector emissions by 27%.

"I'm generally optimistic because so much is beginning to happen," Kerry said.

The infrastructure plan, which must be approved by Congress, also includes $174 billion of investment in electric vehicles to improve the competitiveness of US suppliers. Consumers would be given sale rebates and tax incentives to buy US-made electric vehicles and grants and other incentive programs would be used to install 500,000 electric vehicle charging stations by 2030.

China did not increase its carbon reduction targets at the summit and President Xi Jinping reiterated his country's pledged to reach peak emissions by 2030 and net zero by 2060. China's coal consumption will continue to rise until 2025, when it will start to be reduced, Xi said.

Global emissions are forecast to bounce back by 5% this year to reach close to 2019 levels, the International Energy Agency (IEA) said April 20. Demand for fossil fuels will rise and more than 80% of the global growth in coal demand will come from Asia, led by China, it said.

The US will also double public climate financing for developing countries by 2024, the White House said April 22. Financing for climate adaptation would increase threefold and the Biden administration will work with Congress to pass the required legislation, it said.

Offshore wind speeds were lower than a year ago and Orsted reported a warranty provision of 800 million crowns due to issues with cable protection systems, it said. Fixing the cable problems could cost 3 billion crowns between 2021 and 2023, the company said.

The cable issue was limited to up to ten offshore wind farms located in UK and European waters that were equipped with a cable protection system Orsted no longer uses, Chief Financial Officer Marianne Wiinholt told a media briefing.

Over $800 billion will be spent on offshore wind farms this decade, including capital and operational expenditure, Rystad said. Europe will remain the dominant offshore wind market this decade and spend around $300 billion, Rystad said. China is forecast to spend around $110 billion while other key markets in Asia include Vietnam, Taiwan, South Korea and Japan, it said. Spending in the Americas is forecast at $70 billion, largely driven by US growth. In March, President Biden set an accelerated US offshore wind target of 30 GW by 2030.

The European Commission (EC) has approved the implementation of contract for difference (CFD) tenders in Denmark that amount to 400 million euros ($486.5 million) of state aid for renewable energy projects.

Denmark intends to allocate CFDs to new onshore and offshore wind projects, as well as solar, tidal and hydroelectric power plants, the EC said. Competitive tenders will be held in 2021-2024, it said.

CFDs are already in use in Denmark and several other European countries. The contracts provide renewable energy developers with long-term revenue backed by the government at an agreed strike price. Rising renewable energy capacity is putting pressure on wholesale power prices and long-term offtake contracts reduce investor risk.

The UK has used CFDs to become the world's leading offshore wind market and Spain recently allocated its first CFDs for onshore wind and solar projects.