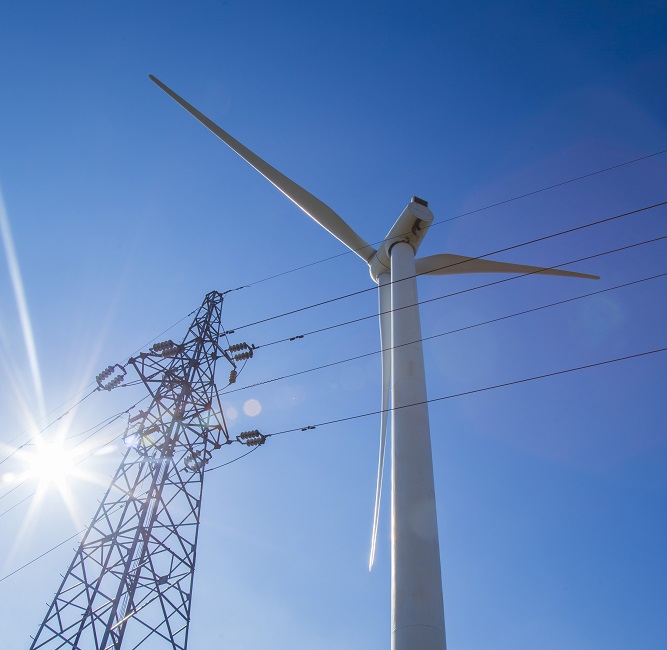 Larger turbines with higher efficiency rates are driving down the cost of onshore wind power.

Wind experts predict the LCOE of onshore wind will fall a further 24% by 2030 as technology improvements drive a rapid increase in turbine capacity and hub height, according to an industry survey published by Berkeley Lab, the National Renewable Energy Laboratory (NREL) and University of Massachusetts in November 2016.

The below chart from the International Renewable Energy Agency (IRENA) shows nameplate turbine capacity is set to hike in all major markets. 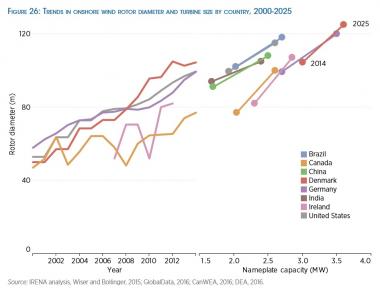 BOP components currently represent around 25% of construction capital costs and the maintenance of BOP parts can represent over 10% of O&M costs.

The main issue associated with pad mount transformers is "gassing," the build up of dissolved combustible gases in the oil in a pad mount unit, Troy Ryan, director of field services at Leeward Renewable Energy, said.

Transformers have traditionally been designed to operate in more steady-state power applications, such as distribution transformers used to transmit conventional power sources to homes and businesses, Ryan noted.

"The dynamically changing environment of windfarms have introduced a new complexity into transformer design," he said.

Going forward, a greater understanding of the gassing issue will allow suppliers to provide cost-effective transformer solutions which eliminate the risk of failure, Ryan said.

Currently, every turbine typically has its own pad mount transformer and current designs which eliminate gassing risks and other common failures come at higher costs, he said.

"Paying this difference for every installed pad mount could make or break the project economics on a windfarm,” Ryan said.

Companies are also working together on system harmonics to reduce the disruption of the normal flow of electrons, as these are suspected of contributing to pad mount gassing issues, Ryan said.

“Pad mount improvements to allow for safe switching and safe oil sampling would help,” he said.

Companies are also looking to reduce the impact of arc faults, a type of electrical explosion or discharge that results from a low-impedance connection through air to ground or another voltage phase in an electrical system.

Arc faults can produce arc light and heat flashes, usually due to design or relay settings for the circuit's power supply to the turbines.

Leeward is investigating installing additional isolation devices to reduce the arc flash exposure as well as modifications to relay settings, he said.

The relays protect the BOP electrical system and the settings can be adjusted to open breakers sooner when personnel are working in proximity to arc flash hazards.

Rising turbine capacities will also have an impact on cabling strategies which require an analysis of full life-cycle costs.

Cables within the collection system from the transformer to the substation may need to be positioned above ground, Moseson said.

“As turbines get bigger and bigger, there is a limit to what you can put below ground,” he said.

All BOP components must be examined to accommodate turbine upgrades. According to Ryan, much of the BOP infrastructure can remain in place.

“Depending on the repowering strategy and the options presented by the OEM, significant portions of the BOP infrastructure can be reused, creating a more economical option compared to greenfield development,” he said.

Moseson warned marginal repowering approaches which avoid some of the upfront capital costs of major repowering could lead to higher O&M costs if BOP equipment operates at “full throttle.”

Systems such as pad transformers, cabling, collection systems and substation components would all come under strain under such strategies, he said.

“You don’t want to run equipment at very bottom or top of curve, you should run roughly in in middle. Otherwise you risk reducing the useful life of the equipment.”