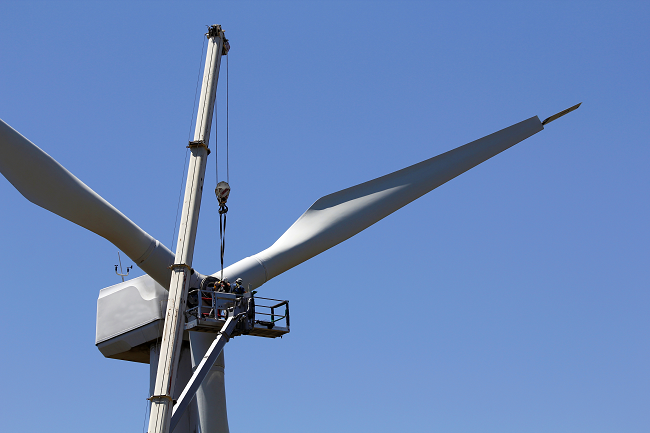 The levelized cost per unit of generated electricity (LCOE) of wind could fall 24-30% by 2030 and 35-41% by 2050 (median scenario) compared to 2014 levels, according to an elicitation survey of 163 leading wind experts around the world, published in the journal Nature on September 12.

The survey aims to better understand the future costs and technology advancement possibilities in the onshore, fixed-bottom offshore and floating offshore wind sectors.

The results suggest significant opportunities for cost reductions across all three sectors, but also a lot of uncertainties.

Under the low-cost scenario, which represents what might be possible through aggressive research, development, and deployment, experts predict a 10% chance that LCOE decreases will be more than 40% by 2030 and more than 50% by 2050.

According to the study, the two leading drivers for cost reductions for onshore wind are related to rotors, which confirms earlier survey results highlighting capacity factor improvements, as does the third ranked item, increased hub heights.

Some of the same drivers rate highly for floating offshore wind, with an even greater emphasis on foundations and support structures, as well as installation processes.

The BEACon radar is providing minute-by-minute 3D images of the wind flow through the power plant. While the measurement campaign has just begun, DONG said the initial data is providing a lot of detail on how the Westermost Rough wind turbine array interacts with the evolving wind field.

Unlike conventional measurement technologies, which track the wind at just one point, the BEACon system allows project operators to document the wind field across the entire wind power plant and coastal domain, and could provide valuable insights for the design and operation of future wind farms.

On September 22, DONG Energy also announced it is planning a multi-million investment in Grimsby to create the U.K.’s largest offshore wind operations and maintenance (O&M) hub.

Subject to planning approval, the new facility will initially support the Westermost Rough, Race Bank and Hornsea Project One offshore wind farms. However, it will also have the capacity to support other east coast wind farms in DONG Energy’s future development pipeline.

Meanwhile, Lufthansa Group and wind turbine maker Nordex Group have teamed up to develop applications for the use of drones in the inspection of wind turbines, Lufthansa announced on September 23.

Lufthansa has set up a new division within its consulting unit, Lufthansa Aerial Services (LAS), to capture a share of the growing market for commercial drones for tasks such as inspecting runways, planes, wind farms, railway lines and construction sites.

The Lufthansa drones will be used to inspect rotor blades closely or monitor the construction of new wind farms.

According to Nordex, drone inspections will allow maintenance work to be done in a more targeted, pro-active manner and potentially drive down operational costs.

One of the first pilot projects carried out by LAS and Nordex Group was for the close inspection of rotor blades on wind energy plants using a multicopter. Using industrial drones equipped with safety-related redundancy systems, the LAS drones fly along the rotor blades and generate a set of high-resolution pictures of the surface.

The photographic material allows project teams to inspect, survey and document any common symptoms of wear and tear, such as cracks in the structure or abrasion of the leading edge of the blade.

LAS also carries out a photometric preparation of data and categorization of the damage involved. This allows it to better establish the dimensions of the damaged area and the exact position on the rotor blade, and to respond quickly to any specific maintenance and repair instructions.

The repeated capturing of data of an entire wind park will also make it possible to track the ageing process of the facilities, enabling the operating company to pro-actively determine at what interval a rotor blade needs to be inspected and serviced.

The project will be the first offshore installation of the Siemens SWT-7.0-154 wind turbine. The company will also supply a new cost-efficient gravity-base jacket foundation solution for the project, a new 66 kV voltage solution, including a new transformer, cable and switchgear systems, as well as other tower and controller innovations.

Turbine installation is scheduled for the summer of 2017, with commissioning expected in Q3 2017.