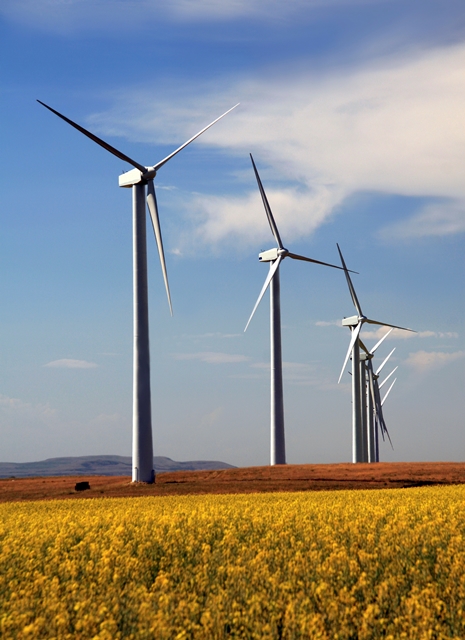 Vattenfall has stated that wind power is a prioritised growth investment area. The Swedish-owned energy company highlighted the same as it disclosed its financial result for the first quarter of this year.

One of the major developments for the company this year has been the announcement of the concession for the 400 MW Horns Rev 3 offshore wind farm in Denmark. The project is scheduled to be commissioned in 2019. Referring to the concession, Magnus Hall, president and CEO of Vattenfall, highlighted that the group is relying on wind power as operations move towards a more sustainable energy portfolio. Overall, Vattenfall’s investment totalled $0.23 billion during the quarter and it accounted for its single largest investment area. In comparison, the total investment in the first quarter of 2014 was $0.14 billion.

The 288 MW DanTysk offshore wind farm in Germany has been in operation since late last year.

Vattenfall also confirmed the setting up of its new group structure. There are six cross-border business areas, and wind power is one of them. The group intends to enhance its business and earnings focus, and capitalize on cross-border synergies with this new initiative.

As for the quarterly results, Vattenfall’s profit after tax for the period was $596 million, compared to $980 last year.

The DanTysk offshore wind farm, which is the first infrastructure project jointly implemented by Vattenfall and Munich's municipal utility Stadtwerke München (SWM) as part of the energy transition in Germany, was officially inaugurated last week. The ceremony for the commissioning of the 288 MW project was held in Hamburg. The project is located 70km west of Sylt Island.

Vattenfall holds a 51% stake in DanTysk Offshore GmbH, which is responsible for construction and operation, while SWM holds 49%.

Siemens has installed 80 wind turbines at DanTysk in the German North Sea and will provide service and maintenance for five years.

Dr Florian Bieberbach, CEO of SWM, mentioned that with this project’s commissioning, the company has added its first finalized offshore wind farm to its portfolio. In terms of capital investment as well as installed capacity, DanTysk is SWM’s largest completed renewable energy project to date.

The lessons from DanTysk are now being used in the Sandbank project where Vattenfall together with SWM is constructing a 288 MW offshore wind farm close to the DanTysk site in the North Sea. Several people in the DanTysk team have moved directly over to work with Sandbank.

Trine Borum Bojsen, MD, Germany, Dong Energy, said that the company’s service technicians will run Borkum Riffgrund 1, which is located 54km off the coast, and Gode Wind 1 and 2 for at least the next 25 years from this facility. This building would help in ensuring the long service life of offshore wind farms, she said.

Dong Energy has invested a total of $16.7 million in upgrading the location in Norddeich.

The Borkum Riffgrund 1 wind farm has a total capacity of 312MW. Commissioning is scheduled for the summer of 2015.

Siemens has shared that with the official inauguration ceremony of the DanTysk offshore wind power plant in Hamburg, the installed capacity of all its wind turbines in German waters now tops 1 GW. Around 300 wind turbines installed across eight projects contribute to this figure.

Siemens is also in a position to swell this figure further. The team currently has orders in hand for 700 additional wind turbines that are to be erected off Germany’ s North Sea and Baltic Sea coastlines. This will add over 2.8 GW of clean offshore wind generated output to the existing capacity.

In case of the DanTysk offshore wind power plant , the group is also responsible for preventive and corrective maintenance to the wind turbines within the scope of a five-year service agreement.

EnBW Baltic 2 feeds electricity into the grid
The EnBW offshore wind farm Baltic 2 has achieved a new milestone, as the first kilowatt hour of electricity was generated and fed into the grid recently. The project is currently being built 32 km north of the island of Rügen in the Baltic Sea.

As per the information available, 60 out of total of 80 wind energy plants have been installed.

At the end of February the last of 86 cable sections were pulled in, which completed the internal cabling of the wind farm. A total of 91 km of cables were laid for the internal wind farm cabling. The main installation of the foundations was also completed. In addition to the 41 jacket foundations, which are used from a depth of 35 metres below sea level, all 39 monopile foundations (up to 35 metres below sea level) were installed.

Swedish-owned energy company Vattenfall has shared that first set of foundations are due to hit the Kentish Flats Extension development area in early May and the remainder will be taken to Sheerness by a transportation vessel and loaded onto the jack up vessel ‘The Neptune’. The project is on the southern side of the Outer Thames Estuary, and located immediately adjacent to the Kentish Flats Offshore Wind Farm.

The company also shared that the tower nacelles and blade sections are on schedule and due to be installed end of June/ July. The first tower has been transported to Esbjerg and the blades are currently being manufactured in Lauchhammer, Germany.