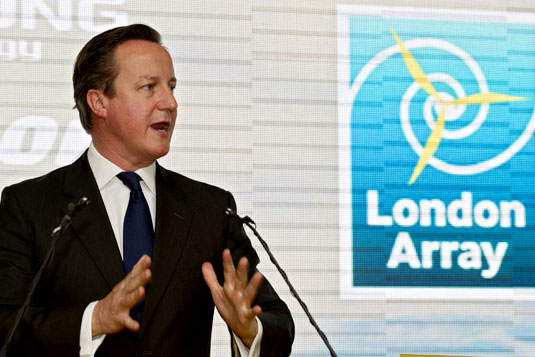 Is David Cameron's Conservative Party turning its back on the UK wind industry? Political motivations are baffling those serving the wind sector. RenewableUK’s director of policy, Dr Gordon Edge, mentioned that the public support for onshore...

Support for onshore wind on the rise in the UK

A new survey released last week by the Department of Energy and Climate Change in the United Kingdom indicates that public support for onshore wind farms has increased to 68%, while total opposition fell to a record low of 10%. Also, as per the survey result, support for offshore wind also remained steady at 74%.

Support for onshore wind in the previous wave of DECC Public Attitudes Tracker findings, published in November 2014, was 67% and opposition was 12%.

RenewableUK’s director of policy, Dr Gordon Edge, mentioned that the public support for onshore wind is increasing, with more than two-thirds of people consistently saying they want Britain to make use of it, and that support for offshore wind, and wave and tidal energy remains even higher.

“That’s why it’s so hard to understand why the Conservative party is turning its back on onshore wind, threatening to kill off the industry if it wins the next election. Independent polls show that David Cameron is totally wrong to claim that people are “fed up with” onshore wind – they show the reverse is actually true, and that being anti-wind is a net vote loser,” he said.

He further added, “We hope that as manifestos are being written the Conservatives will see how misguided it would be to oppose such a popular technology as onshore wind”.

A paper released by the European Wind Energy Association (EWEA) has stressed that Europe must tear down the barriers that are hindering the free flow of electricity and drastically increase interconnection to push Member States toward an Energy Union. The document outlines the wind industry's vision of an Energy Union in Europe.

For its part, EWEA is calling for a number of key actions on Energy Union including a 20% interconnection target by 2030; construction of a 500MW offshore wind farm in Poland by 2020 funded in part by the European Fund for Strategic Investment ; and allocation of revenues from the Emissions Trading System to spur deployment of innovative technologies. EWEA's Energy Union paper also states that any move toward a single energy market with harmonised legislation and mutually-dependent systems should make national energy markets obsolete without destroying Member State sovereignty.

Danish company Dong Energy has acquired the remaining 66.66% ownership interest in the UK offshore wind development Hornsea Project One from its joint venture partner SMart Wind. The project has a total capacity of up to 1.2GW. Hornsea Project One is located 120km off the Yorkshire coast and covers around 407 sq. km.

Dong Energy entered into the joint venture with SMart Wind in December 2011, with an option to acquire the remaining 66.66% ownership interest upon the development project receiving consent from the Secretary of State for Energy and Climate Change. Consent was granted in December last year and the Danish company, having exercised its option to become the sole owner of the project.

Hornsea Project One is one of the three projects for which Dong Energy was awarded a Final Investment Decision Enabling contract (Contract for Difference) by the UK government in April last year.

Renewable energy company SunEdison has appointed Paul Gaynor as executive vice president and is going to be responsible for the North America Utility and Global Wind business unit.

Gaynor will focus on accelerating the development and construction of the projects acquired from First Wind. He had been CEO of First Wind since 2004 and has more than 25 years of experience in the energy field.

SunEdison purchased the equity interests of First Wind and certain subsidiaries. The acquisition provides SunEdison with an additional 8 GW of development-stage projects, of which 1.0 GW consists of PTC-eligible wind project pipeline and backlog.

President Obama proposes $1.2b for BLM

U. S. President Barack Obama has requested $1.2bn in appropriations for the Department of the Interior’s Bureau of Land Management for Fiscal Year 2016.

The request for BLM’s operating accounts represents an increase of $91.4m above the 2015 enacted level. The proposal includes strategic investments that underscore the Administration’s continuing strong support for facilitating and improving management of increased energy production.

As per the information available, each year, lands under the Bureau’s management contribute over $100bn in local economic activity and support more than 440,000 jobs. In the last fiscal year, the BLM generated over $5bn in receipts from public lands, benefiting State governments and the U.S. Treasury.

The BLM works closely with partners across the country to ensure development of renewable and conventional energy occurs in the right places and that projects are managed safely and responsibly. The President’s budget proposes significant investments for improving how the BLM leases, permits, and inspects oil and gas wells, including updating regulations to reflect current industry practices and putting needed technology in the hands of BLM employees.