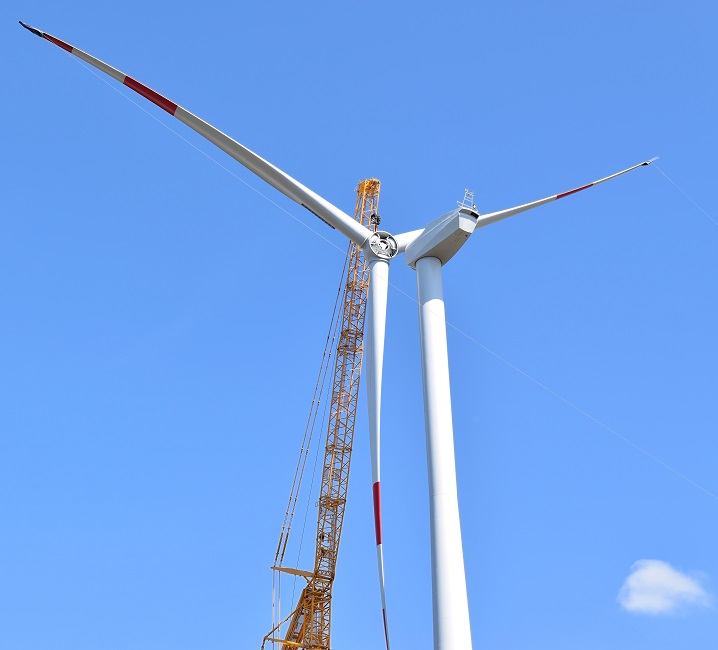 Pricing pressure has dented the margins of turbine suppliers and spurred them to expand their operations and maintenance divisions. (Image credit: Zvonko1959)

Denmark's Vestas posted August 15 second-quarter operating margin (EBIT) at 6.0%, down from 11.5% in the second quarter of 2018, mainly due to "competitive markets, tariffs, and back-end loaded activity level," it said.

The leading global turbine supplier by capacity, Vestas recorded revenue at 2.1 billion euros ($2.3 billion), down 6% on a year ago.

In May 2019, Vestas said pricing pressure combined with inflationary tariffs and raw materials costs had dented its first-quarter profits.

"We might really start to see those turbine margins squeezed again," he said.

Falling margins have prompted turbine suppliers to expand in the operations and maintenance (O&M) market, where margins have remained higher.

Revenues for Vestas' Services business in the last quarter rose by 15% on a year ago, the company said.

Looking ahead, Vestas predicts high turbine supply activity in the second half of 2019 and into 2020, after recording its highest ever quarterly turbine order intake of 5.7 GW in the second quarter. Total order backlog rose to an all-time high of 15.9 billion euros.

"The value of the combined backlog of wind turbine orders and service agreements stood at 31.5 billion euros – an increase of 8.5 billion euros compared to the year-earlier period," the company said.

Bay State wind, a 50-50 joint venture between Orsted and Eversource, submitted proposals for an 800 MW and a 400 MW project located 25 miles off the Massachusetts South Coast and 15 miles off the coast of Martha’s Vineyard.

Vineyard Wind, owned by Avangrid Renewables and Copenhagen Infrastructure Partners, submitted a range of proposals for its second offshore wind farm in Massachusetts, including two proposals for an 800 MW facility and a proposal for a 400 MW facility. Vineyard Wind 2 would be located adjacent to the planned 800 MW Vineyard Wind 1 project which was delayed a fortnight earlier after the U.S. government ordered a more comprehensive environmental impact study.

The first large-scale offshore wind farm in the U.S., Vineyard Wind 1 was expected online in 2022-2023. On August 9, the U.S. Department of Interior (DOI) delayed publication of the Final Environmental Impact Statement (FEIS) for the project and ordered the federal Bureau of Ocean Energy Management (BOEM) to conduct a supplemental environmental impact study.

“We are disappointed not to deliver the project on the timeline we had anticipated,” Lars Pedersen, CEO of Vineyard Wind, said in a statement.

“We were less than four months away from launching a new industry in the United States, so we thank the more than 50 U.S. companies already awarded a contract or currently bidding on contracts, the financial institutions engaged in raising more than $2 billion in capital, and the first-class, global contractors that have joined us in planning for the first large-scale offshore wind farm in America," Pedersen said.

Vineyard Wind has indicated a new schedule may be announced within "four to six weeks," Sif Offshore Foundations, the contracted monopile supplier, said in a statement. Sif had been planning to manufacture 84 monopiles for the project in the first half of 2020.

Made up of two 400 MW units, Vineyard Wind 1 has secured 20-year power purchase agreements (PPAs) with Massachusetts electric distribution companies (EDCs) at starting prices of $74/MWh for unit 1 and $65/MWh for unit 2. Unit 1 was expected online by 2022 and unit 2 by 2023. 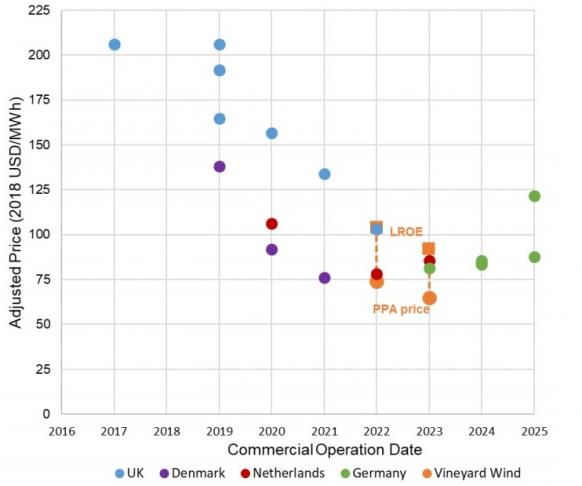 Publication of the FEIS was one of the final steps in the federal permitting process for Vineyard Wind 1. The regulatory review process began in 2017 and has involved 25 federal, state, and local regulatory agencies and commissions.