A selection of news from the last fortnight. 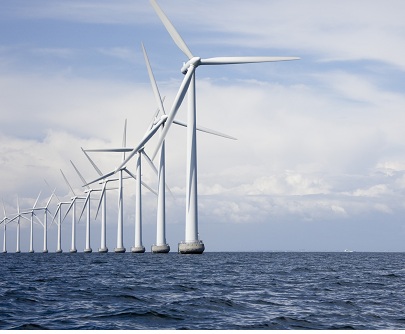 Deepwater has started to install foundations at the first commercial offshore wind farm in US waters.

The developer installed July 27 the first of five steel foundations for the 30 MW Block Island offshore wind farm, Rhode Island State, in the presence of government and ocean agency officials.

The wind farm will be situated three miles south-east of Block Island, and is expected to be online in 2016.

The facility will provide electricity directly to Block Island, but as the island requires only 4 MW in the summer peak season, the remaining energy produced will be sent to other state customers via a 25-mile bi-directional submerged transmission cable between Block Island and the Rhode Island mainland.

"Eight miles of the transmission line cross federal waters. After determining there was no overlapping competitive interest in the proposed right-of-way area on the Outer Continental Shelf and conducting an environmental review, Bureau of Ocean Energy Management [BOEM] issued a right-of-way grant," the US Department of the Interior said in a statement.

Deepwater Wind will sell the electricity through a Power Purchase Agreement to National Grid, a Rhode Island utility. The developer estimates the wind farm will reduce electricity costs for Block Island residents by 40%, as Block Island currently relies on expensive diesel-powered generators.

“As the Nation’s pioneering offshore commercial wind farm, the lessons learned from the Block Island project about facility design, fabrication and installation will inform future projects to be developed on the Outer Continental Shelf,” said BOEM Director Abigail Ross Hopper.

Europe installed 2.3 GW of offshore wind power capacity in the first half of 2015, three times more capacity than in the same period last year, the European Wind Energy Association, said.

Germany alone installed 406 turbines for a capacity of 1.7 GW. In second place so far this year was UK, with 140 turbines for 522 MW. Netherlands installed 114 MW of capacity.

"With 584 wind turbines fully grid-connected in the first half of 2015, the average machine size rose to 4.2 MW from 3.5 MW a year earlier as manufacturers continue to develop larger models with higher energy capture," EWEA said.

"To ensure healthy growth in the coming years, and to guarantee offshore wind energy plays its role in meeting the EU's competitiveness, security and decarbonisation objectives, the industry needs long-term visibility," Kristian Ruby, Chief Policy Officer at the EWEA, said.

France's government adopted July 22 new energy laws which set a target of 40% of energy from renewable sources by 2030 and require the share of nuclear power to fall from 75% of generation to 50%.

Procedures regarding wind farm construction close to military zones must be simplified, as this could impact 3.5 GW of new wind power build, the wind association said.

The government has also not retained its previous deadline date of December 31, 2015 for a detailed multiannual investment plan, which would set out specific objectives by generation type for the period 2016-2023.

The government wants more time to finalise this plan, the wind lobby said.

The wind sector is also awaiting details of a new tariff structure which would be based on a market price plus premium model, eventually replacing the feed in tariff model currently used.

Wind power companies are concerned the new market model creates risks for wind power projects and will raise the price of wind power.