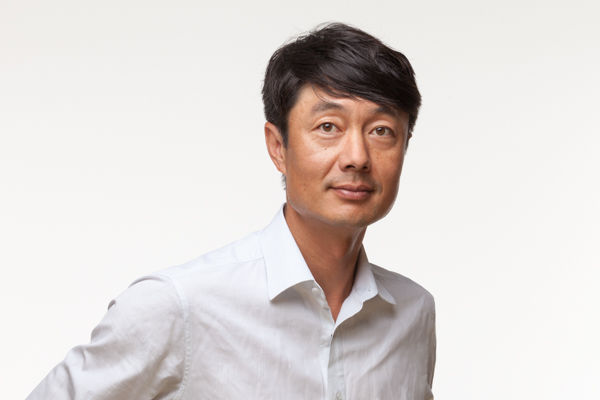 “We are already seeing explosive growth in the market for energy storage and for our software to manage grid-scale storage projects. Our current sales pipeline has tripled in the last six months and we are seeing significant interest from a wide...

Some 60 GW of US coal-fired capacity is set to close between 2012 and 2020, according to the EIA. Nuclear plant lifespans will end and the US plans $180bn in planned transmission projects amid rising renewables capacity, driving the case for wind energy storage to meet peak demand needs.

“We are already seeing explosive growth in the market for energy storage and for our software to manage grid-scale storage projects. Our current sales pipeline has tripled in the last six months and we are seeing significant interest from a wide variety of customers and partners,” said Jung.

“Our customer, a large power developer, decided to implement storage at a substation located near a large wind farm that they installed several years ago, to participate in PJM's frequency regulation merchant market ," said Jung, who is based in the company’s California office.

"Greensmith was chosen to be the turn-key provider for this project which was completed in less than ten months from contract completion. The system has been in market since November 2014, achieving the required PJM performance score of 95.”

Worldwide revenue from Energy Storage Enabling Technologies (ESET) is expected to grow from $605m annually in 2015 to more than $21bn by 2024, according to a report from Navigant Research.

The distribution of the market among the three ESET segments will most likely be skewed toward systems integration, according to the report.

Power conversion is a hardware market, so the ability to reduce costs is related directly to manufacturing strategies, Dehamna said in a market brief.

Manufacturing innovations and higher volumes have enabled battery prices to fall as much as 40% to 60% in the past 18 months, according to study by Navigant.

Now that battery prices have responded to cost pressures, the rest of the balance of plant—or the ESET portion of system cost—is under more pressure to deliver more consistent pricing. Once this happens, more transparency in overall Energy Storage Systems (ESS) pricing is expected, allowing the industry to scale further, Navigant said.

As the market grows, the supply chain will respond, becoming more robust—much as the industry has seen with lithium ion battery cells.

US leads growth
“We are seeing the highest market growth for energy storage in the United States, although we expect to see similar growth following in Europe and Asia,” Greensmith’s Jung said.

Greensmith originally started in 2008 as a battery-agnostic system integrator and software developer combining multiple battery types and power conversion systems with proprietary firmware and software. The company has delivered over thirty projects, in the US, Canada and Australia.

According to Greensmith, the main market drivers for energy storage are the following:

• Aging generating capacity: By 2025 in the US most coal-fired plants, and by 2030 most nuclear plants, will need to be rebuilt or retired.

: There is $180bn of planned US transmission projects.

• Peak demand challenges: 25% of distribution and 10% of generation and transmission assets in the US are used less than 400 hours per year.

• Grid instability due to increasing renewables: The majority of states in the U.S. have Renewable Portfolio Standards which set a renewable penetration target of 50% by 2025.

The grid-based energy storage market still copes with inconsistent systems and economies of scale and have yet to translate into attractive prices for end users, according to Navigant.

Because energy systems are not only made up of a core storage technology—such as an advanced battery or a flywheel—they also consist of power conversion systems, software, and controls.

This combination of hardware and software systems calls for systems integration expertise to deliver a fully “intelligent, bankable system” to the customer, Navigant said.

According to Lux Research, an independent research firm, lithium ion (Li-ion) battery technology is dominating the emerging grid-tied storage market. In one of its reports published earlier this year, it said that 90% of proposed grid storage projects in 2014 are set to be supplied by Li-ion technology.

In March 2015, the US held the top spot for the world’s grid-tied storage installed, with 418 MW across 250 projects (Grid Storage Data Tracker/Lux Research). Below, we illustrate Germany’s position on energy storage batteries, given it is a country with a high level of renewable power (27.3% of national energy mix (2014), according to german think-tank Agora Energiewende.

Distributed Wind is typically a single or small number of wind turbines serving a local or on-site load.

The turbines can be 1 kW for a cabin, a 10 kW for a home, a 50 kW for a farm, a 250 kW for a school, or a 2 MW for a factory, according to The Distributed Wind Energy Association (DWEA), which represents the industry that manufactures, sells, finances, installs, and supports distributed wind energy systems.

In March, the DWEA released its white paper Distributed Wind Vision, which outlines the strategies to reach 30 GW of “behind-the-meter” wind generation by 2030.

Over 90% of the small and medium wind turbine systems installed in America in 2014 were manufactured in the US, DWEA said.

The drop in the price of solar modules in recent years has scaled back solar-focused programs and Distributed Wind is beginning to attract increased interest among policymakers, the report said.

“The Indiana utility NIPSCO, for example, two years ago [2013] had a Feed-in Tariff (FIT) program that paid solar 30¢/kWh and wind 17¢/kWh, but in recognition of current cost disparities now has a program that pays solar 17¢/kWh and small wind 25¢/kWh,” DWEA said.

Distributed Wind’s Levelized Cost of Energy (LCOE), which includes the capital, operating, and financing costs of the system over a 25-year operating life, currently ranges from 10¢ –28¢/kWh but could be reduced to 4.6¢ -11¢/kWh, as shown in the following table:

To achieve 30 GW of Distributed Wind by 2030 DWEA recommends the following policies:

• Remove the 100 kW cap on the small wind Investment Tax Credit (ITC) and provide a long-term extension of the ITC
• Enact a 40% ITC for residential wind systems up to 20 kW as part of the ITC extension
• Increase the US Department of Energy budget overall and for Distributed Wind RD&D to at least 15% of the DOE wind budget as part of a new focused DOE initiative on distributed wind
• Maintain funding for the USDA REAP program through and beyond the current farm bill
• Encourage states and utilities to provide incentives for distributed wind on par with the solar  incentives they have employed.

Rocky Mountain Institute, a US non-profit research and educational group which promotes sustainable resources, has analysed the cost implications of several energy storage applications.
RMI believes that the US electricity system also needs to evolve and allow energy storage systems to “compete with other energy resources on a level playing field.”

According to RMI’s analysis, an orange bar that climbs above the dotted black line indicates a profitable business case under current cost and rate structures.

“For anyone following the energy storage industry, this makes intuitive sense: the frequency regulation market in PJM Interconnection territory (14 states) and the demand charge reduction market for commercial customers in California both currently offer cash-positive scenarios for energy storage companies, such as STEM and Coda,” RMI said in its report.

Self-consumption in Arizona and rate arbitrage in California, currently have system costs that are too high and use case revenues that are too low to deliver a compelling value proposition, it said.