US renewable energy developers, investors and energy researchers show signs of beneficial change from government financing for ‘transformational projects’ with the University of Houston taking the helm for advanced wind composites and offshore project... 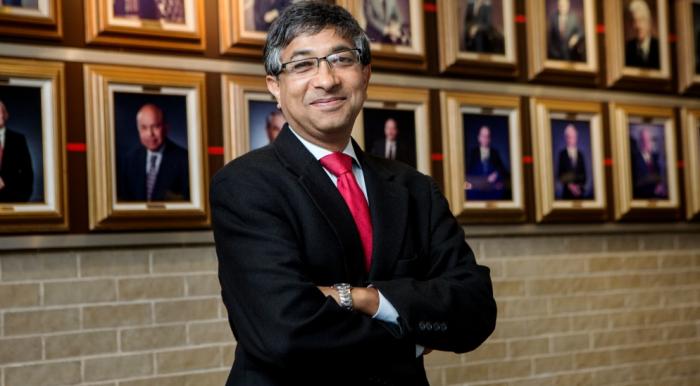 The Subsea Systems Institute, announced by the Texas Commission on Environmental Quality, will be funded by the RESTORE Act (Resources and Ecosystems Sustainability, Tourist Opportunities and Revived Economies of the Gulf Coast States), resulting...

Representatives from various renewable energy sectors in the US have warmly welcomed the announcement of a government funding package aimed at fostering ‘transformational technologies’.

The US Department of Energy (DoE) Advanced Research Projects Agency — Energy (ARPA-E) has invited submissions for projects that fall outside the scope of its targeted funding areas.

The USD$125m open funding opportunity announcement (FOA), called OPEN 2015, was unveiled by US Energy Secretary Ernest Moniz during a speech on this year’s American energy priorities at the Woodrow Wilson International Center for Scholars in Washington DC.

It is the third such solicitation issued by ARPA-E, following similar funding drives in 2009 and 2012. Open solicitations ensure that ARPA-E can support transformational projects outside the scope of existing ARPA-E focused programmes, according to the DoE.

The DOE says that projects selected under OPEN 2015 will pursue “novel approaches” to energy innovation across the full spectrum of energy applications.

ARPA-E also says that the funding covers electricity generation, transmission, storage and distribution, energy efficiency, and transportation, including the production and distribution of fuels and electrification.

“Because of the enormous breadth of energy technologies solicited under an OPEN FOA, it is impossible to provide the well-defined technical targets contained in an ARPA-E FOA for a focused technology program,” says the site.

“In an OPEN FOA, the burden of demonstrating potential impact lies solely upon the applicant, who must make the strongest possible case for why the proposed technology will matter,” says ARPA-E.

Dr Cheryl Martin, deputy director for commercialisation at ARPA-E, says the aim of the funding is to help accelerate the learning curve associated with new energy technology concepts, to help bring down their cost.

The ‘transformative’ part of the OPEN solicitation refers to approaches that could alter the constraints of current technologies and thus bring about a step-change in their development, she says.

In a past OPEN solicitation, for example, ARPA-E tried to tackle the issue of larger wind turbines having to deal with increased air pressure by sponsoring a Massachusetts-based company called FloDesign, which has created a turbine design that resembles a jet engine.

The OPEN budget is handed out in the form of three-year grants, worth around $3m on average. Developers sign cooperative agreements whereby ARPA-E provides assistance and reviews progress on a regular basis.

Unlike standard grants, ARPA-E reserves the right to pull the plug on projects that it believes are not going to achieve a satisfactory outcome. Martin says the agency has “stopped a couple of dozen projects because the science wasn’t working.”

Provided the project fits into one of the agency’s mission areas, however, anyone can apply for funding. The only conditions are that the project cannot be targeted at an area where ARPA-E already has a focused solicitation programme, and the work has to be carried out in the US.

The OPEN 2015 funding announcement has been well received by representatives of various renewable energy sectors in the US.

Scott Van Pelt, director of engineering at the New York-based distributed energy project developer Urban Green Energy, said his company had benefited from DoE funding in the past to develop wind turbines, and would likely be applying for funds under the OPEN 2015 scheme.

Urban Green Energy is hoping to use the cash to help develop systems that can improve the way wind and solar energy is used to power micro-grids. “The disruptive technologies aspect is interesting,” Van Pelt says.

“It negates conventional oil and gas and is indirectly saying ‘renewable technologies’. The distributed technology clause means it could favour behind-the-meter technologies, or those that are disruptive to the grid.”

The Solar Energy Industries Association’s vice president of executive affairs, Tom Kimbis, says the package would help research and development activities among the association’s 1,000 or so members across the solar value chain.

"The Department of Energy's OPEN 2015 opportunity funds critically important work towards the top of the solar value chain, by incentivising the development of new technologies, including new solar energy advances, that have the chance to change our energy future,” he says.

He continues: "DoE's leadership in basic and applied research and development has helped create the booming US solar economy we see today, with more than in 6,500 solar companies and 174,000 American jobs.

“For solar, this solicitation offers the opportunity to develop more such technological innovations that will power the homes, businesses and schools of tomorrow."

Bill Staby, chairman of the Ocean Renewable Energy Coalition, also believes OPEN 2015 could be a boost for research and development.

“It's very good news that the DoE ARPA-E program specifically mentioned wave and tidal technologies in its recent solicitation,” he says.

“It indicates an institutional awareness that marine renewable technologies—wave, tidal, ocean current and run-of-river—can play an important role in our nation's energy future.”

In particular, he says, the nature of the funding package means it could probably support projects needing of basic research to progress beyond a technology readiness level of around 3, which might include proof-of-concept designs.

“Since ARPA-E is generally interested in funding projects that offer ‘game changing’ improvements in efficiency, cost, speed, etc, I would surmise that funding would be focused in earlier-stage technologies,” he says.

Companies or teams interested in applying for OPEN 2015 funding have to first register for a control number on the ARPA-E internet portal. They then submit an application with a brief concept paper. The first round of deadlines, for expressions of interest, is in February 2015. month.

At least 30 ARPA-E project teams have formed new companies to advance their technologies and more than 37 ARPA-E projects have partnered with other government agencies for further development.

Additionally, 34 ARPA-E projects have attracted more than $850m in private-sector follow-on funding after ARPA-E’s investment of approximately $135m and several technologies have already been incorporated into products that are being sold in the market. To date, ARPA-E has invested approximately $1.1bn across more than 400 projects through 23 focused programmes and two open funding solicitations (OPEN 2009 and OPEN 2012).

One example of a company that believes it is shaking up the wind turbine and turbine manufacturing space in the US is Ogin (formerly FloDesign). While conventional wind turbines have greatly increased in size and height in recent years, Ogin argues that their fundamental design has not changed much in decades.

Ogin has taken its cue from the aerospace industry. Its shroud design, it says, takes advantage of the latest advances in the aerospace industry to change physical airflow patterns through and around the turbine. Its modular manufacturing concept is also a benefit when it comes to transport an assembly.

“Annual energy output per kW of rated capacity is increased by 50%, while peak energy output from the ultra compact rotor is increased by up to three times per unit of swept area. The result is a quiet, compact 100 kW turbine that outperforms any other midscale turbine on the market,” says Ogin.

The Company has attracted more than $8m from the ARPA-E support mechanism. However, its list of institutional and venture capital investors is impressive, ranging from Goldman Sachs, Kleiner Perkins Caufield & Byers, Technology Partners to Exelon’s Constellation Energy.

The company’s turbines have been linked to what will be the US state of Arkansas’ first wind farm. Representatives of Dragonfly Industries International, a Texas wind energy company, told Elm Springs’ city officials in January that they hope to build dozens of turbines on more than 300 acres of rural land about a mile west of Elm Springs at a cost of at least $100m, according to City Council and Planning Commission minutes. Power could flow to tens of thousands of homes with the farm's expected capacity of 80MW.

Bagging such a project would be a success marker for not only the ARPA-E programme, but also of Ogin’s shrouded-turbine design, which it first launched in 2008 under its former name Flo-Design). And be a feather in the cap for all companies looking at new ways to make wind power more cost effective and grid connected.

Revolutionary material has broader impact on US economy

As part of the REACT programme a group of University of Houston scientists are trying to revolutionise superconducting wire by eliminating the need for natural costly sources, such as copper.

Superconducting wire currently transports 600 times more electric current than a similarly sized copper wire, but is significantly more expensive. The University of Houston's research is based on engineering nanoscale defects in the superconducting film.

“This could quadruple the current relative to today's superconducting wires, supporting the same amount of current using 25% of the material,” says the University. “This would make wind generators lighter, more powerful and more efficient. The design could result in a several-fold reduction in wire costs and enable their commercial viability of high-power wind generators for use in offshore applications.”

If successful, the University of Houston's project would quadruple the performance of superconducting wire in wind generators, greatly reduce its cost and promote wind power as a cost-effective alternative to coal-fired electricity, which is arguably technology worth investing in.

But the University of Houston’s research for new composites will be a cross-industry effort. In recent weeks the university announced that it will lead a national research centre for subsea engineering and other offshore energy development issues, including research and technology to improve the sustainable and safe development of energy resources in the Gulf of Mexico.

The Subsea Systems Institute, announced by the Texas Commission on Environmental Quality, will be funded by the RESTORE Act (Resources and Ecosystems Sustainability, Tourist Opportunities and Revived Economies of the Gulf Coast States), resulting from the 2010 Deepwater Horizon oil spill.

Outgoing Texas Governor Rick Perry said that $4m in funds given to Texas by BP after the 2010 oil spill will be distributed to fund the centre launched by UH, as well as a second centre to be led by Texas A&M University-Corpus Christi. Total funding will depend on civil penalties levied in court.

The Houston-area Congressional delegation offered strong bipartisan support for selecting UH as the lead institution for the center focused on offshore energy.

Ramanan Krishnamoorti, chief energy officer at UH, said the University’s location in the heart of the energy industry makes it a logical place for the Institute, which was formed in response both to the catastrophic Gulf oil spill and to the continuing push by energy companies to move into deeper waters.

In addition to its technical work, the center will work on issues relating to training future subsea engineers to work at depths and temperatures previously unexplored.

“As the home of the nation’s only subsea engineering programme, the University of Houston is uniquely positioned to lead not just the United States but the world in developing educational programmes to ensure future leaders are able to safely and efficiently discover and develop future sources of energy in the Gulf of Mexico and other deepwater regions,” said Paula Myrick Short, vice president for academic affairs and provost at UH.