US onshore wind costs fall by 7% in a year; Full cost of wind lower than gas in many counties 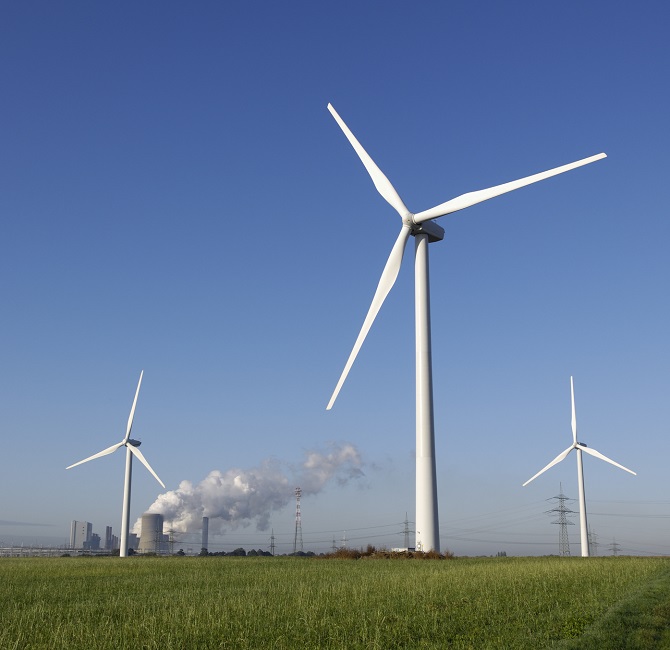 The average cost of U.S. subsidized wind projects has fallen below the marginal cost of coal plants. (Image credit: Acilo)

The mean levelized cost of U.S. onshore wind projects has fallen by 7% over the last year and costs now range between $29/MWh and $56/MWh on an unsubsidized basis, Lazard consultancy said in a report published November 8.

Including subsidies, wind costs are estimated at between $14/MWh and $47/MWh, it said.

The mean cost of utility-scale PV has fallen by 13% over the last year, to between $36/MWh and $44/MWh, Lazard said in the report.

Including subsidies, utility-scale PV costs are estimated at between $32/MWh and $41/MWh, it said.

Including externalities, wind power generation has become the lowest cost technology type in many U.S. counties, according to new findings from the University of Texas.

The study compared the levelized cost of energy (LCOE) of new power plants on a county by county basis, including factors such as fuel prices, local wind resources and external costs associated with CO2 emissions and other environmental impacts.

The latest figures show wind is found to be the lowest cost option including externalities across much of the Great Plains and in many eastern areas including upstate New York, it said. 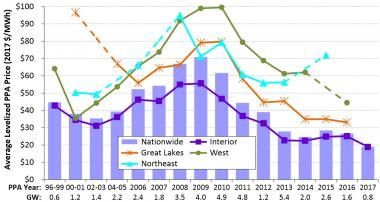 The call for proposals is a significant step towards New York State's target of 2.4 GW of offshore wind capacity by 2030.

A number of East Coast states are now moving forward with offshore wind development. The Bureau of Ocean Energy Management (BOEM) has already awarded 13 commercial wind energy leases off the Atlantic coast and in December it will tender for a 4.1 GW lease area in Massachusetts waters.

On November 15, the newly-created National Offshore Wind Research and Development Consortium published its first research and development (R&D) roadmap which will support projects that reduce costs and accelerate the development of offshore wind projects.

The public-private consortium is being led by the New York State Energy and Research Development Authority (NYSERDA). In June, the U.S. Department of Energy (DOE) awarded the consortium $18.5 million, which is matched by NYSERDA.

Research funding will be allocated on a competitive basis, with the first request for proposals (RfP) planned for 2019, NYSERDA said.

Spain's minority Socialist government has set out a plan to build 3 GW of wind and solar capacity per year over the next decade and produce 35% of energy from renewable sources by 2030, local media reported.

Under the draft proposals, Spain would aim to produce 100% of its electricity from renewables by 2050.

New fossil fuel exploration and hydraulic fracturing (fracking) licences would be banned, and funds would be set aside to re-skill workers in renewable energy industries.

The Socialist government's proposals must be agreed by other parties as Socialists hold only a quarter of seats in Parliament. The proposals are expected to be presented to MPs by the end of the year.