US offshore sector banks on utility offtake while costs are cut

Deepwater’s new capacity market agreement for the Block Island wind farm highlights the range of offtake options available to offshore projects but long-term power purchase contracts will prove crucial until the technology can compete in the wholesale markets. 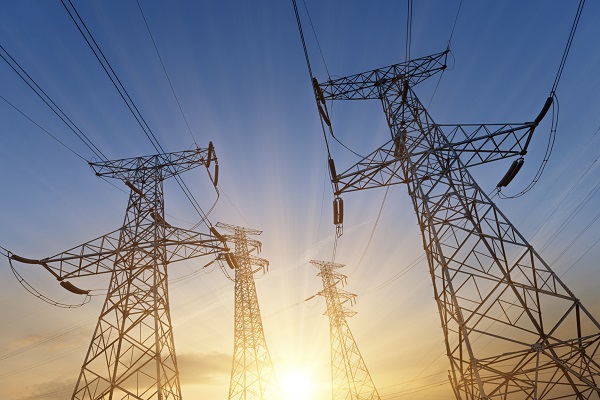 The plant will be the first offshore wind project to supply into the U.S. wholesale energy market and the capacity market agreement means the plant will be paid to supply power when called upon during the period June 2019 through May 2020.

Block Island already has a 20-year full-capacity PPA in place with National Grid at a rate of $24.4/kWh with 3.5% annual escalator.

“The region’s procurement of capacity in the nation’s first offshore wind farm is another sign of the changes in New England’s, and the country’s, generating fleet with the growing number of renewable resources,” Jeffrey Jurgensmier, Digital Communications Specialist at ISO New England told Wind Energy Update.

“New resources that clear the capacity auction can lock in the clearing price for seven years, providing them with revenue certainty that can aid in obtaining financing,” Jurgensmier said.

Capacity market rules allow new entrants to lock in the first auction clearing price for up to six additional auctions in order to mitigate price risk in future rounds.

However, wholesale energy market prices and capacity market prices remain far below the power purchase agreements (PPAs) which have provided support for the emerging U.S. offshore wind power market. Projects are set to require long-term PPAs while the industry lowers costs through technological innovation and economies of scale.

In total, the latest ISO NE capacity auction which closed in February saw 35.6 GW of power capacity cleared to meet the projected 34.2 GW Installed Capacity Requirement (ICR) for the period 2019-2020.

ISO NE is to limit the amount of capacity offshore wind developers can sell into the market to levels that can realistically be expected to be available at times of system peak.

“Depending on the location, we might expect the capacity value of offshore wind to be between 30% and 40%,” an ISO spokesperson told Wind Energy Update.

The evolution of prices in the wholesale market- and in the supplementary capacity market- will remain a key factor in project finance decisions.

"However, as the level of no-fuel-cost resources grows on the power system, wholesale energy prices are expected to drop, which will reduce all resources’ energy market revenues, and that will make capacity market revenues that much more important for all resources – including the renewable resources with no fuel costs,” he said.

The difference between long-term PPAs signed with three U.S. offshore projects and the latest market and capacity prices shows that the wholesale market does not currently offer developers an attractive revenue stream.

“The cost of offshore wind is such that even if you were able to receive capacity payments and peak wholesale power price payments for your energy you would never get cost recovery,” Amy Grace, Head of Wind Analysis at Bloomberg New Energy Finance, said.

Block Island's full capacity PPA was set at $24.4/kWh with a 3.5% annual escalator and before the 468 MW Cape Wind project was shelved in 2015 the project had two 15-year PPAs in place at a price of $18.07/kWh with a 3.5% annual escalator. One contract was with National Grid for 50% of output and the other was with NSTAR (now known as Eversource Energy) for 27.5% of the power, PPA documents show.

Even if you compare these PPA rates against peak market prices in high load zones, the price gap remains significant.

“The average price for the last year of on-peak selling to the North East [Massachusetts] Boston Zone was approximately $4.6/kWh,” Grace said.

“Then you add the capacity payments on there and you are just not getting anywhere close,” she said.

At Cape Wind, the original PPA tariff with National Grid was set at $20.07/kWh before being reduced by the developers to $18.07/kWh after pressure from Massachusetts’ state attorney to save ratepayer funds, official First Amendment documents show.

When Block Island agreed its PPA terms with National Grid in 2009, the Rhode Island Public Utilities Commission (PUC) initially rejected the terms of the agreement, arguing that the terms meant “Rhode Island ratepayers would be paying nearly $390 million more in energy costs over 20 years for no more than 50 temporary jobs and six permanent jobs.”

Deepwater and National Grid came back to the PUC with a slightly amended PPA which stated that if the cost of the project construction was below $205 million then the ratepayers would receive the benefit of reduced CAPEX, according to an article written by Jennifer Simon, a Boston based renewable energy attorney. The PUC accepted the revised PPA in August 2010, and in July 2011 the RI Supreme Court upheld the PPA, although it said it viewed the “unwavering quest” to complete the project “with trepidation.”

There are concerns over the viability of offshore projects where full-capacity PPAs are not secured, based on issues already faced by projects and the current wholesale market prices.

The halting of the Cape Wind project was partially attributed to the fact it only managed to secure PPAs against 77.5% of its 468 MW capacity output, according to reports. The remaining 105.3 MW of uncontracted capacity reportedly made it difficult to attract the investment levels needed to finance the $2.5 billion project, which ultimately led to the utilities withdrawing their PPAs.

“In the case of Cape Wind the 22.5% of uncontracted capacity was never going to be built and then sold on the wholesale market as a sort of surplus energy like you see in the onshore wind market,” Grace noted.

Agreeing adequate PPAs with utilities is going to be a major challenge for developers, “particularly the kind of PPAs we have been seeing at four to five times the wholesale power price,” Grace said.

“I don’t see utilities racing to get these PPAs signed,” she added, “and no one would ever build a windfarm on the assumption that they would just be getting the revenue from the existing wholesale market.”

State authorities applied pressure on the utilities which have contracted offshore power to date and political positioning will continue to play a role. Several state governors have been keen to boost the green energy workforce and position their state as the forerunner of offshore market development.

In the case of Cape Wind, the Massachusetts Public Utilities Commission (PUC) reportedly required Boston-based NSTAR to enter into an offshore power PPA with developers as a condition of NSTAR’s late-2010 request to merge with Northeast Utilities.

The PPA, approved by the Department of Public Utilities (DPU) in 2012, has since been the subject of a lawsuit filed by local plaintiffs against the DPU. The plaintiffs have argued NSTAR was coerced into a PPA with an excessively-high price amid the time pressures of the proposed merger.

Going forward, changes to the state of the economy could influence the political pressure on job creation.

“The question remains…when the economy has recovered how much more pressure are the utilities going to face to sign these PPAs?”, Grace said.

With project costs being scrutinized by public authorities and consumers, the offshore wind industry must continue to innovate and drive down costs to gain the necessary state support for a widespread expansion of the U.S. offshore wind sector.