The UK Offshore Renewable Energy (ORE) Catapult center is in talks with a number of firms to join its $1.5 million (GBP1 million) project aimed at reducing the impact of turbine blade erosion and cutting electricity output costs, Andy Kay, ORE’s engineering lead for the program, said. 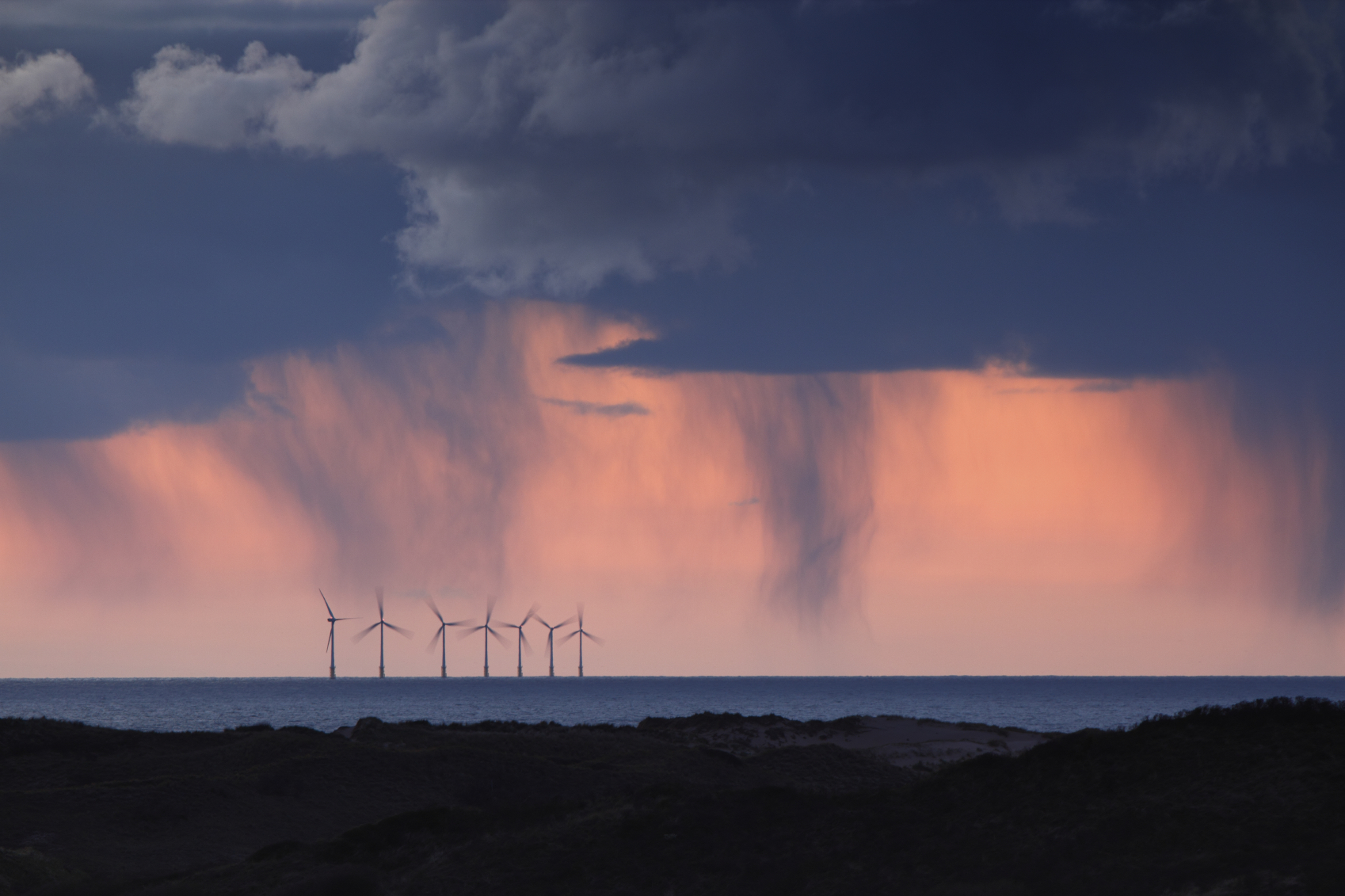 In July 2015 the independent ORE Catapult technology and innovation center launched a 24-month joint industry project (JIP) to reduce the adverse impact of blade erosion on offshore wind farms, viewed as a major cost risk for Operations and Maintenance (O&M).

The Blade Leading Edge Erosion Program (BLEEP) will analyze the impact of blade erosion on aerodynamic performance and structural integrity and assess its impact across the offshore wind sector.

The program aims to de-risk techniques for protection and repair, and also develop an independent UK-based facility to test the performance of current solutions to blade erosion and standardise the evaluation process.

“We are currently in talks with a number of organizations to join the project,” Andy Kay, engineering lead for the BLEEP, told Wind Energy Update.

Leading-edge erosion (LEE) is a term used to describe premature degradation of turbine blade surfaces. “The primary drivers for blade erosion are thought to be high-speed impacts with rain droplets and other airborne particulates, such as sand and hail,” Kay said.

“LEE is a problem both on- and offshore, but the erosion seems accelerated offshore, most likely due to harsher environmental conditions and higher tip speeds of turbines. Erosion affects the aerodynamic performance and structural integrity of the blade.”

Wind tunnel studies carried out at the University of Illinois, US have suggested blade erosion can reduce the annual energy production of a wind turbine by between 4% and 20%, depending on the level and severity of particle impacts on the blades.

This would equate to a loss in productivity worth between $168 million and $842 million a year across the whole of the European offshore wind sector, according to the ORE Catapult center.

Operators are faced with the significant challenge of identifying the level and pace of blade erosion, so they can determine how soon they will need to take remedial action.

“It’s a slow, progressive degradation over a number of years,” said Stephen Bolton, managing director of Stroam, an offshore wind consultancy. “We can’t measure directly the drop in performance on every blade.”

Responsibility for dealing with leading-edge erosion usually lies with the wind farm operator since it does not usually show up within the original equipment manufacturer’s warranty period and the condition is not covered by insurance.

“Various operators have approached us with concerns about how leading-edge issues might develop in future,” Jonny Allen, underwriter with GCube Underwriting, told Wind Energy Update.

“GCube is looking into ways to cap unscheduled maintenance expenditure for projects both on- and offshore. Leading-edge issues are often not highlighted until end-of-warranty inspections, at which point the operator suddenly finds out half the blades have issues,” Allen said.

In May 2015, the insurer launched an unscheduled wind maintenance protection plan that insures against serial defects, business interruption, mechanical and electrical breakdown and cover for replacement parts, repair and reassembly.

The policy is targeted specifically at the US onshore market, in which many turbines are coming out of warranty, but similar products could potentially be introduced in the European offshore sector.

Replacing the offshore windfarm blades, or carrying out remedial action, can lead to “significant downtime” and incurs a significant cost,” Allen said. “A large amount of the cost in this eventuality would be connected to vessel access and weather.”

According to the report “Guide to UK Offshore Wind Operations and Maintenance,” published by ScottishPower and the UK Crown in 2013, an operator of a 500 MW Offshore windfarm spends between £2 million and £8 million per year on turbine maintenance alone.

“The bulk of preventive works will typically be carried out during periods of low wind speeds
to minimize the impact on production, however, in practice, this is not always achievable.
Corrective maintenance is performed in response to unscheduled outages and is often viewed as more critical, due to accruement of downtime until the fault is resolved,” the report said.

“It is important to repair erosion to avoid loss of performance and longer-term structural integrity risks,” according to Kay.

“However, it is expensive to perform repairs offshore, therefore it is important to plan and action maintenance only when the cost of lost production and structural risks outweigh those of repair materials and service technicians,” he said.

Understanding when that crossover point occurs is one of the aims of the BLEEP Joint Industry Project.

According to Bolton, the key to dealing with leading-edge erosion in operational turbines is to introduce improved blade inspection techniques within plant O&M schedules, so the issue can be detected early on and remedial action can be taken when the cost will be lowest.

Several methods of inspection are being tested. Drones could play a role, given their low cost and high maneuverability. However, currrently “drones offshore have an issue with battery life and wind speed,” said Bolton.

The battery life of non-military drones rarely exceeds more than 20 minutes, with the DJI Phantom 2 Vision+ providing up to 25 minutes.

Companies are also developing high-resolution imaging services. At least one company, the French startup Cornis, has developed a photographic scanning system specifically for the wind industry.

The Cornis system is positioned on the access platform right next to the offshore turbine tower and it takes 1.5 to 2.5 hours per turbine (depending on turbine type) to scan the 2 surfaces of the 3 blades, according to the company’s website.

The technology has the advantage that it can be used in high winds, low light levels, and does not require the turbine to be taken off-line.

“Getting a system like that into your maintenance routine is important,” said Bolton.

Bolton said at least one major European was pursuing this O&M strategy after issuing a tender for camera-based inspection systems.

However, Bolton warned that even a high-definition image might fail to capture incipient signs of leading-edge erosion since weathering is gradual and the early stages are hard to detect from afar.

Furthermore, remote analysis does not allow for assessment and repair in one operation. A worker might still need to be hoisted up to the turbine to apply a solution such as weather-resistant epoxy filler.

“Tying someone on a rope is the ultimate way of inspecting,” Bolton said, because repairs can be carried out there and then.

Human inspections are potentially dangerous, though, so in the long term the industry will need to come up with a better way of dealing with leading-edge erosion.

To do this, ORE Catapult is developing methods to gauge the likely damage that LEE could cause, and issue guidance on protective measures and O&M schedules.

“We will establish the correct procedures, measurement infrastructure and modeling to support this kind of analysis during the BLEEP JIP,” said Kay.