A competitive Dutch tender system and favorable site conditions were key to DONG Energy’s record-low bid strike price of 72.7 euros per MWh for the Borssele 1&2 offshore wind projects, but the Danish utility likely beat other bidders by revving up efforts to maximize its energy production, optimize its operating costs and by securing lower-cost financing, industry experts said. 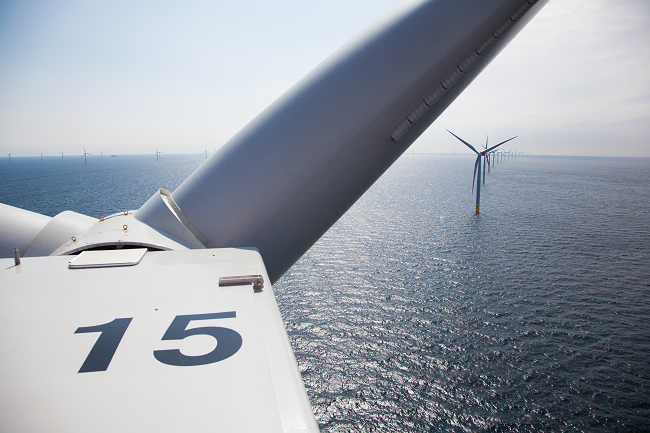 In early July, DONG Energy won the concession to build the two 350 MW projects off the coast of the Dutch province of Zeeland within four to five years. DONG’s bid secured 15 years of subsidy funding for the project, after which the wind farms will receive the market price.

DONG’s bid of 72.7 euros/MWh implies a levelized cost of electricity (LCOE) of about 68 euros/MWh, excluding transmission costs, according to industry estimates.

The Dutch government has already paid for key elements of the project development and will build, operate and own the substations and the export cables, which will add about 14 euros/MWh to the costs, putting DONG’s project at about 87 euros/MWh – or LCOE of about 82 euros/MWh – much lower than the Dutch government’s cap of 124 euros/MWh for Borssele 1&2.

This is a dramatic decrease from the 103 euros/MWh bid price record set in 2015 by Sweden’s Vattenfall for a project off the coast of Denmark and is well below DONG’s own cost target over the life of a project of 100 euros/MWh before 2020.

The natural advantages of the Borssele sites – at 14-38 meters deep, 22 km from the shore, and with good seabed and wind conditions – mean DONG Energy could use conventional monopiles and HVAC substations, further lowering the LCOE.

The relatively low cost of the steel used to build offshore wind turbines, the current glut in offshore installation vessels in the North Sea and the cheaper cost of capital available in the Netherlands would also allow DONG to squeeze in additional savings.

Giles Hundleby, associate director of BVG Associates, estimates that the LCOE at Borssele, using only the advantages of the site conditions and the design of the Dutch tender system, is about 84 euros/MWh. At a weighted average cost of capital (WACC) of 8.5%, this would have implied bids at 92 euros/MWh, with competition among the tender’s 38 bidders expected to have reduced strike prices further.

But since lot of the site characteristics and tender design are the same for all bidders, DONG’s strike price is likely to have beaten competition by revving up efforts to maximize its energy production, optimize its annual operating cost and secure lower-cost financing.

DONG Energy CEO Henrik Poulsen said during the company’s Q2 earnings call on August 4 that continuing cost reductions and efficiencies mean that the capex and opex for Borssele 1&2 will be “significantly below” the estimated 22-24 million DKK/MWh (2.96-3.22 million euros, or $3.33-3.63 million) and 15-17 million DKK/MWh, respectively, for the projects in its pre-2020 build-out plan.

These estimates are based on the company's current fleet of turbines of 2-3.6 MW on average compared to the 7-8 MW and above that DONG will be deploying after 2020, including for Borssele 1&2, Poulsen said.

DONG Energy has not decided on a turbine supplier and type yet, however the Dutch tender requires wind turbines of 4 to 10 MW for the Borssele sites.

“The production capacity of each turbine has doubled in a few years, which means we can achieve the same electricity output with half the number of sites, which contributes to cost reduction,” Tom Lehn-Christiansen, head of Public Relations for Wind Power division at DONG Energy, told Wind Energy Update in an e-mail.

Lehn-Christiansen said DONG considers Borssele 1&2 as one big 700 MW project rather than two separate projects of 350 MW each. This will allow the company to further reduce the LCOE by constructing at a big scale on top of its existing supplier orders.

DONG’s long multi-contract experience across the supply chain, which gives it a deep and granular view of the sector, and its high buying power also give it additional advantage, according to Simon Luby, head of Due Diligence at K2 Management.

DONG has previously managed to drive down costs on projects and increase revenues by breaking contracts into individual packages and “splitting the supply chain down to as small pieces as it possibly can,” Luby said.

The Dutch tender system also played a key role in reducing the tariff cost by minimizing the risks and providing clarity to developers, investors and suppliers. The government predevelops the offshore wind zones, takes care of the grid infrastructure and gives bidders guarantees over licensing, legal and environmental issues.

The tender system also provides a combined application procedure for the licence to construct an offshore wind farm and the application for the subsidy – a considerable improvement from previous tenders in the Netherlands, when a number of projects were granted licenses but didn’t get built because they were unable to secure financing.

According to Michael Guldbrandtsen, senior consultant at MAKE Consulting, the Dutch system is specifically designed to reduce offshore wind costs, and the low bid price for Borssele underlines what can be accomplished by combining long-term policy targets, a stable regulatory regime and highly competitive auctions.

Even though DONG Energy offered the lowest price, some of the other 37 bidders were also “well below €100/MWh,” highlighting the competitiveness of the Dutch tender system, he added.

The Dutch government’s long-term development plan for offshore wind also gives investors, developers and suppliers a 5-10-year visibility, helping them determine whether to enter the market and driving down the cost of capital risk premium. The country has committed to building additional 3.5 GW of offshore wind by 2023, tendering at least 700 MW a year through 2019 (1.4 GW in 2016).

The growing experience of offshore wind developers, the maturing supply chain for wind turbines, blades and other components, the continuous improvements in foundation design and installation methods, and more competitive tenders mean that the European offshore wind sector could see more bullish offers in the future that will continue to drive down the cost of offshore wind, assuming governments provide regulatory certainty and clear volumes for new projects over the next 10 year and beyond, said Oliver Joy, spokesperson for trade body WindEurope.

The tendering process for the Horns Rev 3 (400 MW) farm off the coast of Denmark in 2015, which saw the previous lowest bid price in the sector at 103 euros/MWh, was one of the cheapest and lowest-risk tender systems to date, according to market participants.

The price cap for the upcoming tender for Borssele 3&4, due in September, has been set at 119.75 euros/MWh, but according to law firm Loyens & Loeff, the ceiling will no longer be relevant after the highly competitive results of the first Borssele tender.

Germany is also looking to replicate some of the elements from the Dutch and Danish tender systems to encourage competition, accelerate project timelines, pre-develop projects centrally and offer project clarity, Guldbrandtsen said.

Over the last year, the industry has also benefitted from access to cheaper financing, with both the cost of debt and the costs of equity coming down “to the point where the banks are actually worried about how much debt finance market there is for them,” Luby said.

“You see a lot of competition between the banks at the moment because they are actually struggling to compete with the cheap equity money that is starting to come to the offshore industry,” he added.