South Africa's new budget plans failed to calm the volatility in currency trading which has increased the challenges for foreign renewable investors. A deep pool of domestic lenders should support wind capacity expansion while the government steers the country towards faster growth. 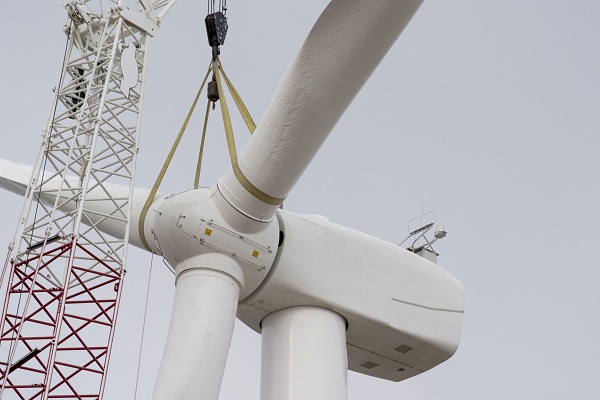 The sharp drop in the South African Rand against the dollar over the last 12 months, coupled with continuing volatility, may impact the split between foreign and domestic investment in upcoming renewable energy deals.

Foreign investment of equity and debt in the South African Renewable Energy Independent Power Producer Procurement Program (REIPPPP) dropped from 40% in round 3 to around 30% in round 4. European firms have provided much of the foreign finance and projects submitted in the latest round in 2015 are expected to reach financial close later this year.

The 2016 Budget announced February 24 by Finance Minister Pravin Gordhan failed to ease market concerns over the South African economy and the Rand fell sharply as a result. The Treasury expects growth to be just 0.9% in 2015, down from a previous forecast of 1.7%, and well below the 1.3% growth seen in 2015.

A worsening outlook for the South African economy could impact hitherto strong foreign investor interest in funding the country’s wind projects. A total of 73.4 billion has been invested in 3.4 GW of wind projects thus far, representing 38% of all renewable energy investment, the Department of Energy said in its State of Renewable Energy in South Africa report, published in late 2015.

Ongoing currency risks will need to be mitigated by foreign investors and those borrowing in Rand could be best placed, Fintan Whelan, an independent investor in renewables and former co-founder of Mainstream Renewable Power, told Wind Energy Update.

“You want a natural hedge against exchange rates,” he said.

Share of foreign vs local investment (equity and debt)

Many market observers said tax pledges announced by minister Gordhan February 24- expected to raise an additional 18.1 billion rand in revenue in 2016/17- did not go far enough.

“Was it enough to stave off a rating downgrade to junk bond status in the coming months? We think probably not, and the steep exchange rate depreciation shortly after the budget was released suggests that the market agrees," NKC African Economics economist, Bart Stemmet, told Reuters.

Fitch and Standard & Poor's rate South Africa’s debt at BBB-, one notch above junk status, and Moody's have the country at Baa2, two notches above junk.

The government expects to invest R70 billion in energy projects this year, rising to over R180 billion over the next three years mainly due to the construction of the Medupi and Kusile coal-fired plants and the Ingula pumped storage hydroelectric power plants, the finance minister said.

The Treasury warned February 24 a credit downgrade to junk status could trigger a sharp reversal of capital flows and lead to a recession.

"In such an event, aggressive austerity measures would likely be required to restore public finances to a sustainable position," it said in its budget document.

For projects that have reached financial close, the share of foreign investment in renewables has averaged at around 30% across all of the bidding rounds.

This equates to 53.2 billion rand in foreign investment, with the top three sources of funding being Europe (contributing 67%), the US (14%) and Saudi Arabia (5%).

Foreign investments in rounds one to four

Junk bond status would mean the ratings agencies consider South Africa to be in danger of default and further falls in the value of the rand would make it more risky for foreign investors to achieve a return on investments.

Whelan noted that loans denominated in rand would be not be impacted by such a shift and there is a deep pool of financing available from local lenders.

“South Africa is Africa’s biggest economy,” he said. “You have a high degree of sophistication in the banking sector.”

The depth of local lending should support interest in the REIPPPP projects amid the currency volatility.

“If pressed, I would say that established programs tend to get more interest because people who have participated before are used to them and have the vested interest of a project pipeline with only one outlet in the near term - the next round,” Whelan said.

The five large South African commercial banks – Standard, Nedbank, ABSA, RMB, and Investec –dominated REIPPPP lending in the first three REIPPP rounds, according to a joint study in 2014 by World Bank Institute, the Private Infrastructure Development Group and the University of Cape Town.

“It is expected that commercial banks will sell down more of their debt to these secondary capital markets and position themselves for ongoing debt exposure in future REIPPPP rounds,” the study said.

“The local rand lending market is very sophisticated, deep and efficient,” she said. “Local banks are capable of lending very long tenors, around 20 years, to well-structured projects with government-guaranteed off-takes like the local renewable energy program.”

Local lending rates typically vary between 2.5% and 4% over the Johannesburg Interbank Agreed Rate, she said.

“There is also a vibrant inflation-linked debt market, which allows banks to offload exposures to the institutions in the secondary market seeking inflation-linked returns, especially relevant for projects with revenue streams linked to inflation,” Griesel noted.

Foreign equity investors can own up to 60% of South African renewable energy projects as there is a requirement for at least 40% of each project to be owned locally.

In practice, South African equity shareholdings have averaged 47% for projects awarded in rounds 1 to 4, according to the Department of Energy.

Old Mutual was a shareholder in 16 out of 64 projects allocated in the first three rounds, according to the World Bank’s study. Industrial Development Corporation provided funds for nine, and Thebe Investment Corporation invested in six, as did the South African project developer Mulilo.

Four international investors, Deutsche Investitions- und Entwicklungsgesellschaft of Germany and FMO of Netherlands, plus Italian utility Enel and Ireland-based developer Mainstream Renewable Power, each had portfolios of around six projects.

While the bulk of projects thus far have been project financed, six projects out of 17 in Round 3 were corporate financed, all by Enel, the World Bank study said.

“This trend toward corporate financing in REIPPPP may or may not continue, but it is likely that more international utilities will be interested in entering the South Africa renewable energy market, especially European utilities that are struggling to grow market share in their home markets,” the report said.