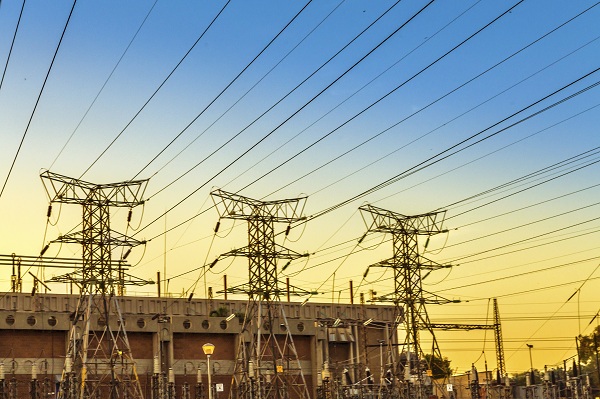 South Africa’s Eskom has tapped a range of international funding sources to improve its financial position and invest in much needed new power generation capacity and transmission infrastructure. This comes after 2.2 GW of renewable projects were awarded in 2015 as the country diversifies its power generation stack and reduces its reliance on coal-fired power.

Renewable energy capacity has grown by 6 GW since the Renewable Energy Independent Power Producer Procurement Program (REIPPPP) was launched in 2011 and this has required increasing grid investments.

Eskom’s ability to invest is deeply tied to South Africa's national finances, which have been impacted by sluggish domestic growth and challenging global markets. Eskom has been hit by tariff restrictions in recent years.

The company is South Africa’s dominant power generator as well as the national grid operator and some of the funding recently acquired by the firm is to be channeled directly into grid expansion plans.

In December the African Development Bank (AfDB) approved a senior corporate loan to Eskom equivalent to $375 million, as well as an A/B syndicated loan for up to $750 million, to support Eskom’s Capacity Expansion Program (CEP).

The predicted rapid expansion of South African renewable capacity will require significant reinforcement of the grid network and Eskom’s recent funding deals should offer some encouragement to renewable energy developers.

A lack of grid capacity was reported to have delayed financial close for 878 MW of wind and solar projects in 2014. In the two latest rounds held in 2015, the REIPPPP provided developers with information on potential grid limitations to aid the bidding.

“Without a grid connection, you don’t have a project,” Andrew Kriss, a consultant at OST Energy in Cape Town, said.

So far, 34 wind projects have been awarded under the REIPPPP: eight in round 1, seven each in rounds 2 and 3, five in round 4 and seven in round 4.5.

A Request for Proposal (RfP) for a fifth procurement round was originally scheduled for the second quarter of 2016, but developers await further details of the program. Previous rounds have been subject to delays.

Infrastructure upgrades will be required to accommodate new renewable generation capacity, according to an analysis paper written by advisors to the government’s IPP Office and Eskom.

“A phased capital expenditure plan must be developed, whereby upfront investments can be initiated to obtain the necessary consents and secure servitudes, as well as undertake the associated detailed engineering designs. This will dramatically reduce grid project lead-times and risks,” it said.

The REIPPPP has tried to mitigate the impact of Eskom’s limited investment plans by providing developers with full detail of grid constraints ahead of project bidding.

Round 4 bidders were notified which areas were oversubscribed in terms available grid capacity, and the scheme allowed the resubmission of bids when projects competed in a particular grid area. Bidders could re-submit cost estimates and the grid connections were allocated to the lowest cost bid.

The analysis paper projected the effect of different levels of infrastructure spending, based on allocated renewable energy projects. The study warned that major grid projects such as transmission substations could take four to five years to complete, while new transmission lines might take up to eight years to come online.

The below graphic, provided in the study, superimposes submitted round 4 projects [light blue squares] over 2016 grid capacity. The study warned that much of the center of the map would turn red (limited capacity) if these projects were connected with no coordinated grid reinforcement. If a 1.6 billion rand ($101 million) grid investment program is carried out to add 4 000MVA of capacity and accommodate, much of the region between Northern Cape and Western Cape turns green (higher capacity). The lead time of these infrastructure projects is estimated at four years and the investments do not include any upgrades to main transmission corridors which may be required. More extensive grid investments would see further network capacity gains and require longer lead times.

Round 4 submissions on top of network capacity assessment

“Eskom provides two quotes: if they have to do everything, and the DIY option,” said Joachim Baumgaertner, CEO and founder of project developer Green Rhino Energy.

This gives developers greater control over the timeline and cost of a grid connection. Developers are required to include the grid connection costs in their REIPPPP bids.

Baumgaertner said Eskom had appeared to underestimate the volume of quotes it would have to issue to prospective developers. “It has been a bit chaotic,” he said.

According to Clinton Carter-Brown, an Aurecon consultant and IPP office advisor who co-authored the analysis paper, rising renewable capacity will present “a need to create grid capacity that will be shared by multiple IPPs, which requires the equitable treatment of these costs and the proactive initiation [by Eskom] of these upgrades.”

Up until now, renewable project connections have required limited grid upgrades and the need for reinforced main transmission infrastructure will depend largely on the siting of future projects.

“The grid upgrades to date have been relatively minor, and connections can still be sustained while we create grid capacity at substations that utilize the capacity of the existing transmission corridors,” Carter-Brown said.

Market visibility should improve in the coming months, when the South African Council for Scientific and Industrial Research is expected to publish an updated Wind Atlas for South Africa (WASA) covering the whole of the country, he said.

The current edition of the WASA, published in April 2014, only covers Western Cape and parts of Northern and Eastern Cape.

“Before we said the areas of high-speed wind development are limited, but more recent thinking says that if you go for higher hub heights there is a lot more recoverable wind resource,” Carter-Brown said.

However, even if new wind areas are established and these spread the load on the national power grid, the addition of new capacity will still require some reinforcement of the mainline networks and this will impact future projects.

“The selected addition of new transformers and substations can sustain competitive IPP procurement,” said Carter-Brown, “but such will increasingly also need to be supported by transmission line upgrades which have major cost and timeline implications.”