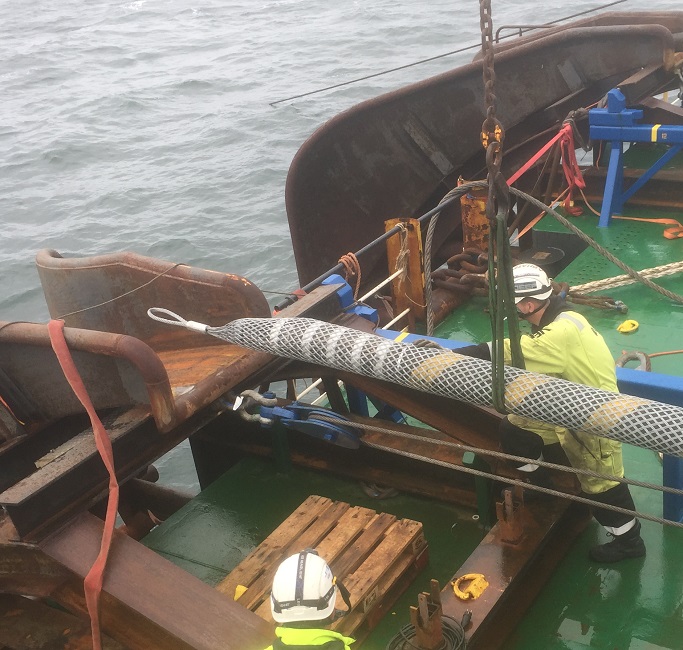 Larger wind farms are being constructed further offshore as developers seek to gain economies of scale. Hornsea Two, the world's largest offshore wind farm, is being installed some 90 km from the coast of Yorkshire, England. The 1.4 GW project, developed by Orsted, will use 165 Siemens Gamesa 8 MW wind turbines.

A key trend has been a shift towards higher-voltage cables, from shore to array and between turbines and substations. The offshore wind industry has recently introduced 220 kV cables and is moving towards 275kV cables, more than double the 132kV used on many operational assets.

The 275kV cables can reduce the combined cost of installation, losses and failures by 21% compared with the 132kV base case, according to a recent report by the Rina consultancy (formerly Edif ERA).

Designed by Skipsteknisk, Nexans’ new Aurora vessel will have a length of 150 m is expected to be operational by Q3 2020. The vessel is designed for "worldwide installation of large volumes of HVDC and HVAC cable systems, even in the most severe weather conditions," Nexans said in a statement. 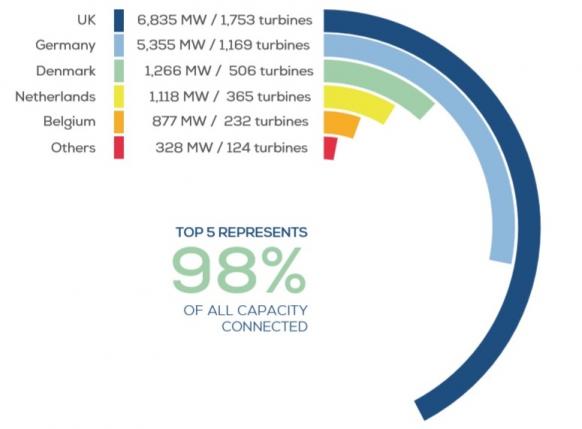 “The benefits of transferring to a higher voltage are that less array cabling would be required and this can result in substantial capital cost savings, in terms of both cable purchase and installation,” Jansen said.

Higher-voltage cables allow more turbines to be connected to each string and also reduces the required number of substation transformers.

Using a voltage of 66kV reduces the average total length of inter array cable by around 25-30% for the same power output, Featherstone said.

“The net effect is to reduce costs per unit of energy generated,” he said.

The company has developed a junction frame which allows cables to be partly-installed to the wind farm platform while onshore, reducing offshore installation requirements.

As the U.S. prepares to industrialize its offshore wind sector, researchers have said that full-assembly onshore and single-operation crane vessel installs could achieve the largest cost reductions. The method could be scalable for turbines up to 20 MW, the research team led by the University of Delaware, said.

“The processes in our proposed method are amenable to industrialization of the offshore wind production process, with attendant increase in volume and lowering of cost,” the researchers said.

Supply chain and services innovations are set to slash the operational expenditure (opex) of offshore wind farms in the coming years.

DTS detects issues by sending laser pulses down the export cable fibre core and measuring temperature across the cable.

This technology allows operators to perform condition monitoring of the load/temperature relationship to help prevent cables from overheating, and identify any fibre breaks or hotspots across the cable route.

In another example, acoustic sensor group OptaSense is currently trialling the use of Distributed Acoustic Sensing (DAS), already used in the oil and gas industry, to identify faults at an earlier stage.

This technology monitors vibrations and strains along the entire cable to estimate faults within 10 m accuracy.

More accurate condition monitoring will help inform decisions on whether to undertake predictive or preventative maintenance, a spokesperson for the Carbon Trust said.

“With more and greater capacity turbines, reduction in cable failure can have a significant impact on minimizing operational costs," the spokesperson said.