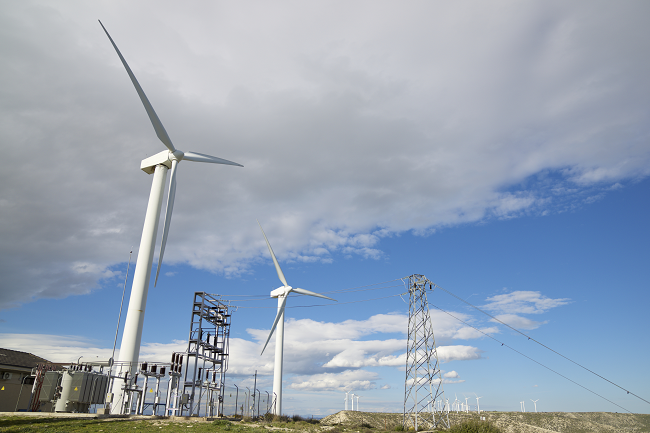 Filtration is increasingly being looked at by project operators, operations and maintenance (O&M) providers and suppliers as a way to reduce the build-up of dissolved explosive gases – such as hydrogen, ethane, methane and acetylene – inside pad-mounted transformer oil, which is currently the biggest challenge for pad-mount transformer O&M, Moseson said.

A pad-mounted transformer is usually sited at the base of each turbine and is used to step up power to the machine to 34.5 kV, so it can run in the turbine’s collection system.

The build-up of gases in the transformer, which Moseson estimates could affect between 25% and 40% of pad-mount transformers and is usually detected through annual oil sampling, also represents a significant health and safety hazard since it can reach dangerous levels after between two and four years.

In 2003, for example, a 34-year-old employee was killed at the Tres Vaqueros Wind Farm in Byron, Alamont Pass, California, following a pad-mounted transformer explosion.

Other problems, such as damaged or loose connections, can easily be detected using infrared photography, and repaired within a few hours.

Pad-mounted transformer faults are the biggest source of wind-farm BoP O&M, accounting for around 60% of all balance-of-plant faults, compared to 20% of failures in the collection system and 20% in the substation, according to Moseson (see Figure 1 below).

This reduces the chances of a spark igniting the gas but also means no further maintenance can be carried out on the transformer.

If the transformer fails – a condition that accounts for about 1% of total wind turbine failures – then the owner has to buy a new one at a cost of between US$25,000 and $60,000, depending on the voltage.

Moreover, once the transformer is locked up, it is not possible to disconnect the turbine from its power supply. This means any maintenance that requires the turbine to be disconnected will involve shutting down all the turbines on a string.

On a typical string of eight to 12 average-sized turbines, this could represent the loss of some 20 to 25 MW of production just to carry out operations and maintenance (O&M) on a single machine, according to Moseson.

The filtration process, on the other hand, can be completed in around eight hours per turbine, at a cost of as little as $5,000, or between a fifth and a twelfth of the price of a new transformer, he said.

While oil filtration does not address the root cause of gas build-up, Moseson said the process could allow standard pad-mount transformer O&M to continue for up to twice as long as at present.

That is because O&M teams would be able to access the transformer as usual for standard maintenance, at least until a new build-up of gases occurred.

Whether a second build-up would take as long as the first one has yet to be confirmed in practice, however.

The process is so new that no wind farm operators are known to have started using oil filtration and only a handful of vendors, such as Baron USA and HYDAC, are commercializing the technology.

Another option in the future may be for wind farm operators to use dry pad-mounted transformers, which have been developed already by companies such as Olsun Electrics for residential and light commercial distribution applications.

To date, though, these are for lower ratings than the 34.5 kV units needed by wind farm operators.

There is a growing need to address BoP problems at wind farms. According to Rob Stewart, general manager for renewable operations at Duke Energy Renewables, electrical-related faults continue to be the most common failures affecting turbine reliability.

However, there are varying estimates of the problem industry-wide.

According to Moseson, about 10% of all turbine downtime over the lifespan of a project is attributable to BoP faults.

But Aaron Lawson, director of engineering at PSI Repair Services, said the level could be much higher.

Moreover, the problems with balance-of-plant O&M can be compounded when dealing with items that are not directly within a wind farm operator’s area of expertise or are not about a specific system or component.