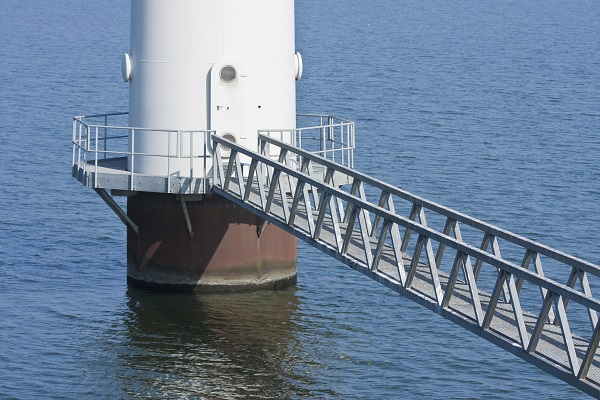 Decommissioning activity is set to rise in the coming decade. (Image credit: Kruwt)

Vattenfall completed in January the world’s first decommissioning of a commercial wind farm, at its 10 MW Yttre Stengrund site in the Swedish Baltic Sea. In early February, DONG Energy said it was preparing the dismantling of its 5 MW Vindeby plant, the world’s first offshore farm which was connected to the Danish grid in 1991.

The number of decommissioning projects is expected to surge over the next decade as projects commissioned in the early 2000s, such as Horns Rev 1, Nysted 1, Middelgunden, Blyth and North Hoyle, approach 15 years of operations.

Technology has advanced considerably since the earliest projects and operators should be prepared for partial or full decommissioning to take place before the typical 25-year design life ends. Yttre Stengrund was just over 14 years into its design life when Vattenfall decided to decommission based on a lack of spare parts and cost estimates of upgrading the turbines and gearboxes.

The latest forecasts for decommissioning costs are significantly higher than first anticipated in the 2000s. As more offshore projects have been installed, specific challenges for offshore projects, such as vessel supply, have prompted significant revaluations.

Forecasts of decommissioning costs have risen since early estimates, to reflect the practicalities of project execution.

This compares with a decommissioning cost estimate of around 40,000 pounds ($57,400) per MW made in a 2006 report by Climate Change Capital (CCC), commissioned by the UK government.

In the US, where offshore wind development is still at a relatively early stage, the cost of decommissioning a wind farm on the US outer continental shelf has been estimated at US$100,000 to US$160,000 per MW, according to a 2010 study by the Louisiana-based Energy Research Group.

"There is a big chance there that materials which were harmless at the time of commissioning are deemed hazardous now,” Gjodvad said.

Early cost forecasts also applied the same logic to wind farm decommissioning as for oil and gas decommissioning, neglecting some of the complexities of multiple-unit windfarms. Larger site areas and a higher number of turbines per site has put significant pressure on resources such as vessel supply.

“[Oil and gas] installations are essentially single entities, whereas at an offshore wind farm there are multiples of installations that are very similar, leading to very different decommissioning logistics,” DNV GL said in its latest report.

According to the UK Department of Energy and Climate Change (DECC), well abandonment accounts for around 60% of oil and gas decommissioning costs.

Offshore wind projects will also be in direct competition against oil and gas platforms over vessel availability.

In the North Sea, oil and gas decommissioning is set to surge in the coming years and this will have a significant impact on vessel day rates.

“If you have a greater window of time to complete the works then the vessel owner can say ‘we will fit this in when we have no other work scheduled or alternatively when we sail by the site anyway,” Gjovad said.

Global rules set out in 1989 by the International Maritime Organisation (IMO) “require that abandoned or disused offshore installations are decommissioned as soon as reasonably practicable and that by default the structures are removed entirely.”

UK guidelines state the IMO standards must be followed as closely as possible and changes to government-approved decommissioning schedules must be approved by the authorities.

In the US, offshore windfarm infrastructure must be removed no later than two years after lease or grant termination, according to the government's Bureau of Ocean Energy Management, Regulation and Enforcement (BOEMRE).

Decommissioning costs will vary according to location, foundation type, number of turbines, and the agreed procedures such as whether cables are completely removed.

A better understanding of the economics of decommissioning could influence technology choices made by a new plant developer.

“The costs arose from the combination of the large crane vessel that was selected and the times estimated for the foundation preparation and lifting operations," DNV GL said.

Gjodvad said NIRAS is working with some projects early in the development phase, providing cost estimates for the decommissioning of the substructures. Structures which may be cheaper to install may be more expensive to decommission, he noted.

Decommissioning is also being considered in product design. Universal Foundation’s Mono Bucket GBS foundation has been designed so that decommissioning entails a complete reversal of the processes deployed at installation. Floating the structure back to shore could avoid the need for specialist vessels, Gjodvad said.

“If this reversible procedure is possible and the ballast is easy to remove then the structure suddenly becomes one of the cheapest to decommission as well as to construct,” he said.

Operators should also plan for resale potential of offshore plant components, which can be boosted by repair, replacement and repowering during operations.

TWI and DTU Wind Energy are currently studying which components and parts can be re-sold, based on O&M data records.

Onshore operators have benefitted from the resale of components such as nacelles, Gjodvad noted.

“We should see this happening in the offshore space also,” he said.

Parts deemed as unsuitable for resale could be re-used. The Gulf of Mexico oil and gas industry has developed a recycling sector which boosts value to operators and has created new sub-sectors in the oil and gas supply chain.

As higher capacity offshore farms increase the volume of decommissioning work ahead and put more pressure on key resources such as vessels, careful planning of decommissioning programs and analysis of resale potential should allow operators to shave costs.