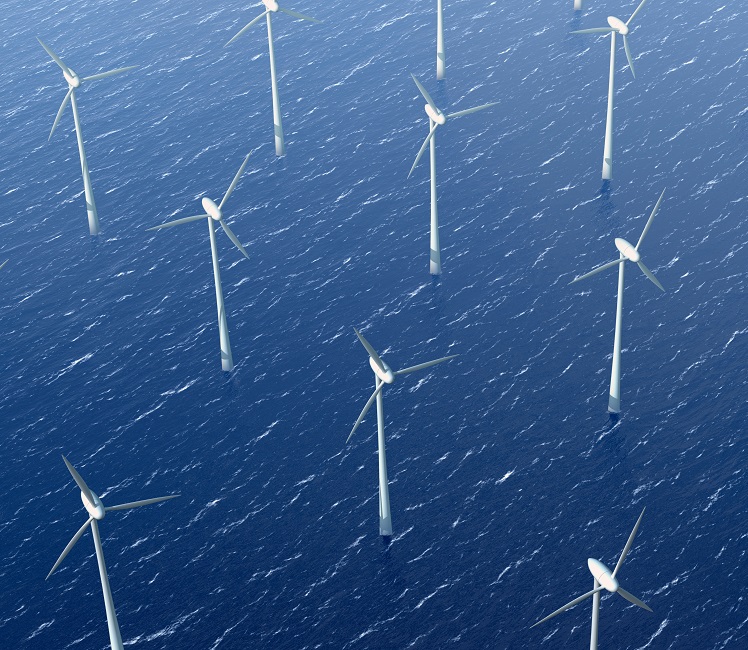 Europe has driven offshore wind growth but new markets are set to open up in North America and Taiwan. (Image credit: Visdia)

Offshore wind project costs have fallen significantly and last year Dong Energy gave the go-ahead for the 1.2 GW Hornsea array off the UK coast at a cost of $5.7 billion, the largest offshore wind project to date. Investments were recorded in an additional 14 offshore wind parks of more than 100 MW capacity in 2016, in UK, German, Belgian, Danish and Chinese waters.

Announced in November, Vattenfall's winning bid for Kriegers Flak was 58% lower than the cap price for the Danish offshore wind tender and 31% lower than DONG Energy's 72.7 euros/MWh price for its Dutch 700 MW Borssele 1&2 project, announced in July.

Vattenfall has acquired the Atlantis I offshore wind project in Germany in the latest of a string of acquisitions and tender wins in Europe's booming offshore sector.

Vattenfall has agreed to acquire the project company PNE Wind Atlantis for a purchase price in "lower double digit million" euros, the company said in a statement January 10. The project site is located in the German North Sea 84 kilometers north-west off the island of Borkum and could accommodate up to 73 wind turbines of multi megawatt class, the company said.

In August 2016, Vattenfall acquired the German Global Tech II offshore wind project, expected to be of capacity 400 MW-550 MW. The company is also developing the 288 MW Sandbank Plus project in the German North Sea.

All three projects fulfill the criteria to participate in Germany's first national auction for offshore wind projects starting in April 2017, set out under the new EEG energy rules, Vattenfall said.

"In this context we explicitly welcome the change towards the auction system under the new EEG regime also in Germany. We can now apply our know-how in terms of cost reduction for offshore wind in this country," Gunnar Groebler, Vattenfall's Senior Vice President and Head of Business Area Wind, said.

The agreement covers 10 U.S. projects which are expected to be completed between 2018 and 2020. Southern Power has also signed agreements to purchase wind turbine equipment from Siemens and Vestas which will secure tax benefits for the projects, it said.

RES will serve as the lead developer and balance-of-plant provider for the projects.

"We now have priority access to a robust, visible development pipeline and a supply chain for turbines from two premier technology providers, reinforcing our focus on wind energy investments over the next several years," said Southern Power President and CEO Buzz Miller.

Southern Power currently owns 1.4 GW of U.S. wind power projects, either operational or under construction. The company owns around 1.7 GW of solar generation.