Nicolas Serrie of Alstom on the tie-up with DCNS

Alstom’s offshore France director Nicolas Serrie explains why his company is partnering with the naval defence group DCNS for its assault on the floating turbine market. 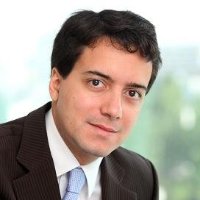 It lends a whole new meaning to ‘bringing in the big guns’: Alstom is partnering with a defence company to conquer the floating turbine market. Although in fairness, the French turbine maker’s new floating foundation partner, DCNS, also has a track record in the energy market.

Government-owned DCNS has its origins in the administration of the French naval dockyards.

In recent years, however, it has branched out into energy, working with Électricité de France and Areva on nuclear plants, developing ocean thermal energy conversion technology and acquiring interests in tidal and wave power.

In wind, DCNS has been touting a tethered semi-submersible foundation called Winflo, which looks a bit like the base of an upside-down stool. Under the terms of an agreement announced in October, Alstom will use the foundation as a platform for its 6MW Haliade 150 turbine.

The French Agency for Environment and Energy Management, ADEME (Agence de l'Environnement et de la Maîtrise de l'Énergie), will be providing €6m to cover the study and certification phase for the project, called Sea Reed. Deployment is expected in 2017.

In the initial stages, both companies will work on how to fit the turbine and foundation structures together. For Alstom, that means carrying out studies on how to adapt and integrate the Haliade with the floating system.

DCNS, meanwhile, will conduct studies on the behaviour, sizing, industrialisation and installation of the floating system combined with the turbine.

“Our agreement is the world’s first-ever partnership between a naval architect and an energy-sector player who has already demonstrated the performance of a high-power wind turbine,” said DCNS Marine Energy and Infrastructures division director Thierry Kalanquin in a statement.

“This partnership will encourage the emergence of a floating wind energy sector that will create jobs in France throughout those coastal areas where the farms will be installed.”

Meanwhile, Alstom Renewable Power Chairman Jérôme Pécresse stated: “We are merging our respective know-hows as early as possible in the process so we can work together at developing an innovative, competitive energy solution.”

Q: What is the benefit to Alstom of working with DCNS on this venture? What value does DCNS add?

A: The development and production of the offshore wind energy system, linked to control of the overall behaviour of the floating wind turbine, requires competencies found only in a naval architect.

Q: Did you consider other partners for this project, and if so why was DCNS selected?

A: With DCNS, we are exclusive in Europe and semi-submerged systems, as we consider they are the best partner for this.

Q: Can you provide further details of the floating foundation that DCNS will be providing?

The number of anchors and their location depend on the direction of the wind and the swell.

Q: We understand this collaboration is specifically for the development of the Sea Reed project, but do you foresee other joint projects, and if so in which areas? Are you likely to collaborate with DCNS in areas such as tidal technology, as well?

A: No. It only focuses on floating offshore wind.

Q: Will the partnership with DCNS be able to offer benefits in terms of operations and maintenance? If so, can you provide details?

A: We are currently in the design phase. It is too early to give more information on that topic, but we are already studying it. But it may bring value, notably for heavy maintenance activities, as no jack-up will be required.