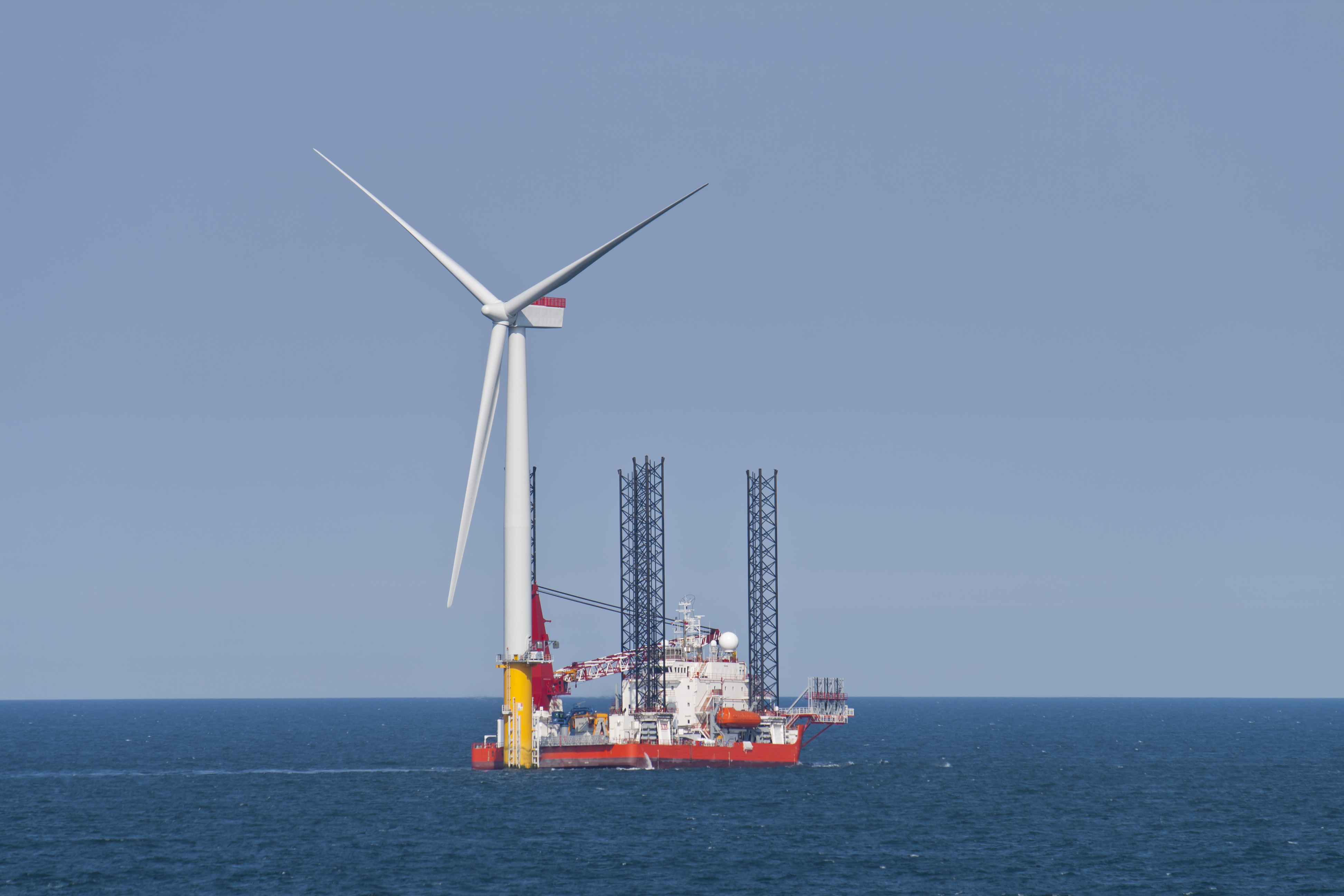 While many proponents are promoting the value of jacket foundations due to their lightness and adaptability, some industry experts believe the conditions for monopiles remain attractive.

“I still think monopiles will be the dominant foundation for the years to come”, Tim Fischer, Head of Ramboll’s Wind Department, said at the 2015 Offshore Wind Structures Conference.

This is partly because the sea-bed conditions of the most active European markets favour monopiles, but also due to the higher level of monopile manufacturing capacity versus that for jackets, he said.

“In Europe monopiles will remain dominant and there are a few reasons for this,“ Fischer told Wind Energy Update in an interview.
Most activity will be in UK, Germany, Benelux and France and the water depths for the coming projects are “not too deep – perhaps in the range of 30-40m, sometimes lower, which is the perfect territory for monopiles”, Fischer said.

The market and sea-bed conditions in the US and UK present different conditions.

“In other markets like the USA, where local contents counts a lot and manufacturing facilities for large monopiles are missing, other solutions like jackets will have a key role. Same for some UK farms, in the North East, where site conditions make monopiles difficult”, Fischer said.

According to a report in 2014 by the International Renewable Energy Agency, the LCOE from an offshore wind farm is at around $17/MWh, compared to $5/MWh for onshore plants and $8/MWh for PV solar, highlighting the need for offshore operators to find ways to lower costs.

The University of Dundee estimated in March 2014 that foundations and installations can represent about 25% of the total wind turbine capital investment.

Sizing up the market
According to a report from the European Wind Energy Association, monopile substructures represented 91% of the installed offshore wind capacity in 2014, whilst jackets represent 8%.

However, with projects moving towards larger offshore turbines, some experts are claiming that we will see an increasing use of jackets as opposed to monopiles.

Jackets have the advantage of a lesser mass which makes their installation a smoother process than that of the hefty monopiles. The logistics of transporting larger monopiles from manufacturing facilities to offshore sites could present a challenge for operators.

The relatively limited manufacturing capacity for jackets in Europe compared to the established supply chain for monopiles also supports the argument that monopiles will maintain a high market share in Europe, Fisher said.

“If you want to build an offshore wind farm with 80 jacket units in Germany and look for a supplier that can produce them within a year, it will be difficult to find enough players on the market to perform such jobs. Whereas, for monopiles, you have some fabricators who are able to produce up to six XL piles a week.”

Given the greater supply capacity for monopiles there is less supply chain risk, which increases the bankability of the technology.

The figure above from the WEU Offshore Wind Foundations Report 2013 shows a trend of turbines over 5 MW using alternatives to monopiles. However, this is set to change with some new projects introducing XL monopiles.

“We will see big 6-8 MW turbines that will go down to depths of 30 to 40m on monopiles”, comments Fischer. Ramboll is currently already working on several such designs.

Indeed, the Noordsee One project in Germany consists of 6.15 MW turbines that make use of grounded monopiles.

The selection of foundation type should be done on a project by project basis, Fischer said, warning against too much standardization.
Secondary structures should be standardized but for the primary structures, such as the monopile and jacket, it has proven most cost-effective to always look for the purpose-build type that fits the project, he said.

In addition, we still see too little investment in the early development phases of projects where all major decisions, such as wind turbine and foundation type, are made, Fisher added.

“Clients are still making decisions and financial investments based on very short concept studies and on too generic wind turbine loads”, he said.

“We can certainly improve on that and Ramboll aims at showing that to the market within the recently started FEEDID project that has been funded by the Carbon Trust fund.”

In May 2015 Ramboll was awarded a £700,000 ($1.1 billion) contract by the Carbon Trust to undertake R&D for enhanced or integrated design systems for foundations.

The aim of the contract is to compare two different foundation design approaches at the FEED level, comparing the current approach to a new ‘enhanced’ approach.

In his presentation, Fischer highlights a number of areas where costs could potentially come down, not just from a CAPEX perspective, but also from a longer term operational outlook.

“The equation is simple but still a challenge in the market - Invest upfront in early stage development, particularly in the turbine, foundation and wind farm layout and you will save in the long run”, said Fischer.

“A missing link in the market is that once we have designed and installed a project, the measurement data from that project is not taken into consideration in future designs”. This means you have to make the same (often) conservative assumptions when you design the next foundation project. Having data from existing plants, however, would allow stakeholders to optimise the design in a more cost effective and streamlined approach.”

More collaboration between different stakeholders in the supply chain is also crucial in bringing down costs, he said.

“There is still a large potential to use the turbine itself to optimize the monopile. The turbine should become an active element to influence the structural behavior of the foundation. This will lead to an overall cost reduction, but it requires an holistic approach”.

Fischer suggests the introduction of an incentive program to encourage turbine vendors to support more optimized foundation designs.
“If you can provide benefits to turbine vendors this could change. Say, as the foundation supplier, you indicate that if they re-design the turbine to suit the foundation and this leads to a cost benefit of 10%, they should then be entitled to 3% of that, or something along those lines”.

Finally, Fischer also cautions against implementing best practices used onshore, to offshore projects. “We still need to rethink some of the interfaces – a lot of the processes have simply been transferred from onshore wind, they need to be specifically adapted for offshore wind”.

“This [structure] should be optimised in one piece. This separation is a typical onshore characteristic – but is not a good practice for offshore. The tower should be part of the foundation package”.

“Sometimes you can put 20 tonnes of extra steel in the tower rather than the monopile. The benefit of this is that steel for tower is cheaper than that of the monopile, but you will never get to this benefit as the tower and monopile are optimised by two different parties who have different targets”.