Fahssis tells Wind Energy Update why their technology is a breakthrough for the industry and which project developers are using it. 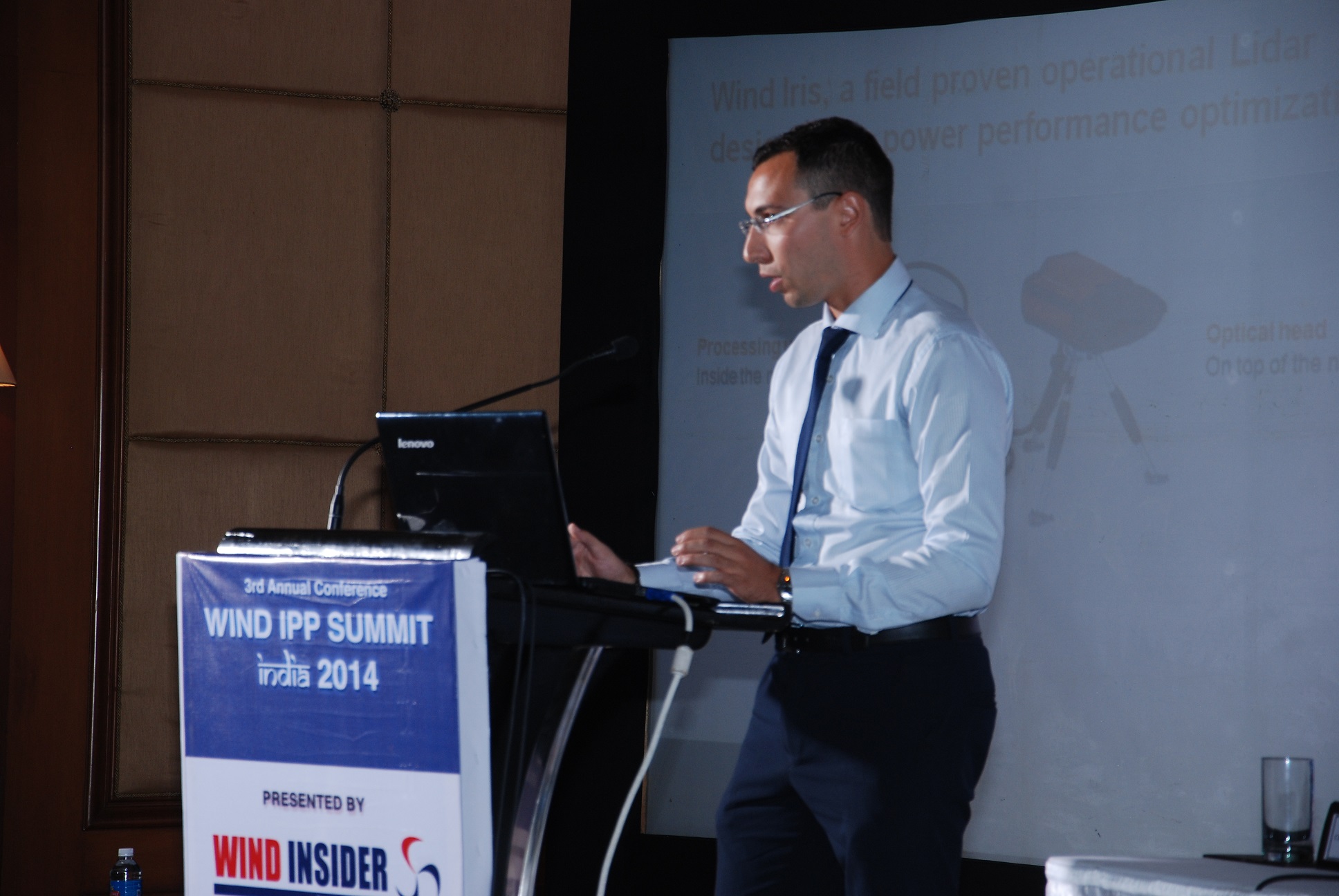 Metepole CEO, Karim Fahssis, (pictured) was named by the MIT Technology Review (TR35) as one of the world’s top 35 innovators of the year for introducing the path-breaking software to the wind industry.

Paris-based MeteoPole was recently awarded an innovation award from the prestigious Massachusetts Institute of Technology (MIT) for the disruptive Wind Data Generator software, becoming the first wind power technology to be awarded by the MIT.

The company’s CEO, Karim Fahssis, was also named by the MIT Technology Review (TR35) as one of the world’s top 35 innovators of the year for introducing the path-breaking software to the wind industry. MIT’s TR35 has awarded several of today’s global influencers in its initial editions, including Facebook CEO Mark Zuckerberg and Google founders Larry Page and Sergey Brin.

Q: Could you please brief us about the development timeline of MeteoPole’s Wind Data Generator (WDG)?

A: It took us approximately two years to develop and validate the first version of the WDG, which was released in early 2012, and we started selling it immediately after it was developed. We have released the latest version (v 2.0) in 2014, and we release software upgrades every two months.

Q: Is the software used in onshore or offshore sites?

A: The WDG is designed to be used in both onshore and offshore sites. The big advantage of using the WDG for offshore wind potential assessment is that we have integrated thermal stability data sets and these data are crucial when it comes to reducing uncertainties in offshore wind resource assessment.

Q: Could you share a case study where the WDG was used and the results achieved?

A: During the first year of commercialisation, we worked with leading wind energy players worldwide, such as GDF-Suez and TAQA, to validate the accuracy of the WDG outputs. It’s been a real success as all the companies we worked with eventually purchased the technology. During this validation exercise, we were also able to use land observation data to tune our model.

We also got useful feedback from our first-user community in order to understand the exact requirements of wind resource engineers throughout the development process. We have integrated very much appreciated features thanks to our interactions with our first users.

Q: Which clients are currently using the WDG software?

A: The WDG is a tool which helps in reducing project uncertainties at two stages of the project development. Before onsite wind monitoring campaigns, the WDG gives useful information to project developers on where is the best site before investing huge amounts of time and money in long measurement campaigns.

At the end of the measurement campaign, the WDG is used to reduce long-term wind speed annual variability: by generating up to 35 years of data on any particular site, wind project developers are able to correlate the WDG data with onsite measured data and this helps in reducing overall uncertainties, so their projects become more bankable. The WDG is already the world-reference software for site selection and long-term adjustment, and is used by leading project developers and investors worldwide, such as GDF-Suez, TAQA, Greenko, among others.

Q: You also launched the first project in India using the nacelle-mounted Wind Iris LIDAR last March. Could you tell us more about this pilot project?

A: Indeed, apart from reducing uncertainties before project construction, MeteoPole also works on reducing production losses after projects are operating. This pilot project will be MeteoPole’s first wind power performance optimization project in India, in partnership with Singapore-based Continuum Wind Energy, a leading IPP in India.

During the pilot, the Wind Iris nacelle-mounted LiDAR technology will be showcased to the Indian market and the whole range of capabilities will be explored. These include yaw corrections, to increase substantially annual energy production and annual revenue of entire wind farms, resulting in a quick and strong return on investment; power curve measurements, for a quick and accurate IEC-compliant alternative to the traditional met mast approach; nacelle anemometry calibration with huge savings in time and budget; and wind sector management, for an extensive mapping of the turbulence.

We will keep our partners in the wind industry updated on a regular basis of the results of our ambitious project and will issue in the upcoming months white papers and business cases. We believe there is a huge market for performance optimization and this project will once and for all demonstrate that such a technology can definitely be implemented in the Indian context with high profitability, as it is already the case in the US, Europe, China, Thailand, Korea and Morocco.

There was a need for more pragmatic, service-focused providers who were willing to partner and grow with top IPPs like Continuum Wind Energy, and take on a role of a trusted technical advisor as well as a technology provider.