Industry players at this year’s European Wind Energy Association conference had their sights firmly set on emerging markets as support schemes drop away across Europe. 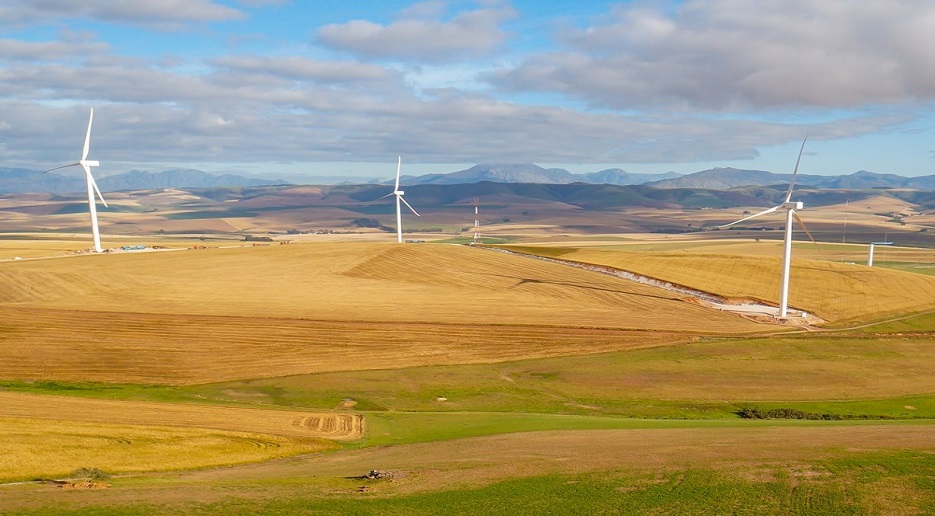 Klipheuwel-Dassiefontein Wind Energy Facility is located approximately 5 km west of Caledon in the Western Cape Province of the Republic of South Africa. According to BioTherm Energy, the project, located on an area of approximately 350 hectares,...

South Africa, Brazil and Mexico were singled out as major wind industry markets for the future, while the host country for the event was held up as a clear example of a failing support mechanism in a mature market.

Spain was praised for being the first country in the world to see wind energy becoming the prime source of power generation, while speakers bemoaned the fact that regulatory changes have effectively wiped out any significant prospect of further market growth.

Across Europe, meanwhile, EWEA figures show market growth throttling back by 8% in 2013 compared to 2012. New installations in Spain, Italy and France dropped by 84%, 65% and 24%, respectively.

In contrast, South African Wind Energy Association chief executive Johan van den Berg said his country was open for business. “We’ve got a carbon-intensive economy,” he says, “and since the late 90s there have been efforts to de-regulate the electricity sector.”

After a slow start, he says, growth in the independent power producer market has picked up. “We like to say we’re having a rocket launch after a long countdown,” he quips.

Meanwhile, the rising cost of building new coal-fired power plants has led to an uptick in tariffs, which “is good for renewables.”

South Africa only built its first wind farm in 2008 and ultimately opened the floodgates for renewable energy generation by introducing a tendering system for projects. The first round of this was completed two years ago and there have been two since then.

Each round has seen the cost of wind energy coming down, to the point that van den Berg says it is now competitive with new coal power production, “something we’re very proud of.”

Renewable energy developers looking to break into the market need to be mindful of the fact that 70% of the weight of any bid is based on price and the remainder is on socio-economic development potential, he adds.

“The 30% may be less than half but it’s incredibly important,” he says. “It’s got thresholds that you have to transcend or you are disqualified. The reason for this is there’s a broader vision from the government, looking at the green economy.

“As the wind industry, our task is to deliver our part of the bargain to government. I think it’s fair to say that South Africa is almost a global first in what we’re trying to achieve in terms of rural development through wind power.”

In practice, this means up to 40% of the shareholdings in some projects can belong to the local community. Nevertheless, with the average South African wind farm weighing in at 80MW, projects tend to be expensive and the market remains one for bigger players.

The bigger picture for Africa

Going forward, says van den Berg: “The African picture is one that’s extremely exciting if we can think a little bit out of the box. The last I heard there were 590 million Africans without power. There will never be, in my opinion, a supergrid in Africa going to every little village.

“The future for energy in Africa is an off-grid one and it combines with other technologies like solar, hydro, even diesel. Amongst those 600 million people there must be 50 or 100 million that we could serve with wind, but it requires a different technological solution and financing.”

Other emerging market considerations emerge from the experience of major manufacturers such as Siemens, which does not yet have a significant presence in South Africa but boasts 2GW of orders booked in Brazil.

Thibault Desclée de Maredsous, marketing director at Alstom Wind, says the Brazilian market is rapidly catching up with Europe in terms of the sophistication of its wind industry around matters such as operations and maintenance (O&M).

For example, he says: “As a less mature market, the customers hadn’t looked the O&M part. Now things are changing as customers see the importance of O&M. They are looking at the full picture.”

Like South Africa, Brazil puts an emphasis on foreign wind players creating local value. “Today you have to be close to 80% local content,” states Maredsous. “We have a tower factory, a nacelle factory and we are creating jobs by building a local industrial footprint.”

With local content a critical part of industry dynamics in emerging markets, it is clear that policy makers there are staking their future on the success of the wind industry. And that is something a growing number of European companies could only wish for at home.