Iberdrola, via its engineering and construction subsidiary, the Scottish University of Strathclyde and the Offshore Renewable Energy (ORE) Catapult have initiated work on the TLPWIND project, an R&D initiative with a budget allocation in excess of €... 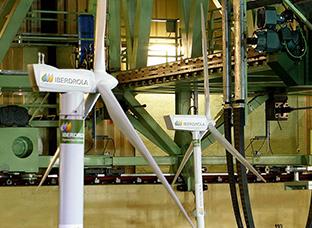 The 200 MW project is located in Dawson and Borden Counties, Texas. The facility is currently under construction.

The project is being backed by innovation agency Innovate UK. The objective is to promote the installation of offshore wind farms in areas of the UK where this option is not currently feasible because of the water depth.

The project will entail designing a floating wind turbine model and a novel system for installation, to be implemented on a subsequent basis at a number of sites chosen in advance, where water depth ranges between 60m and 100m. The plan is to set up a model for offshore wind farms that will allow to shorten installation times and cut costs.

The foundations to be designed will be moored to the seabed using tensioned cables, which will in turn almost entirely restrict the movement of the platform on which the offshore wind turbine will be placed, according to Iberdrola.