South Africa is building a head of steam as a wind energy market but still faces a few teething problems in terms of its supply chains and local skills. 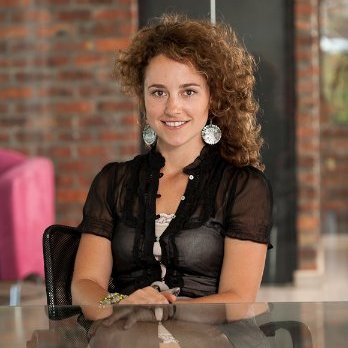 Sarah Stands, wind sector consultant with South African renewable energy and sustainability recruiter AltGen: “You have to look deeper into what the skill is and whether it is transferable. I would say there are lots [of candidates] in power...

Finding opportunities for wind development in South Africa is not too difficult these days.

With more than half of the generation capacity handed out in the third window of South Africa’s Renewable Energy Independent Power Producer Programme (REIPPP) being taken up by wind, it is clear the industry stands to prosper in the country.

The problem is that along with encouragement from the authorities, South Africa’s wind sector needs qualified engineers and an established supply chain, particularly in view of the rising local content requirements stipulated in each REIPPP bidding window.

Skills and components are not always easy to come by, though, even given the country’s ability to undertake infrastructure projects of the scale of the 2010 Fédération Internationale de Football Association World Cup.

“So what you’ve seen typically is that local construction firms have teamed up with international entities with specific experience in renewable energy, then formed a consortium with the necessary skills and experience to carry out these large contracts.”

Sarah Stands, wind sector consultant with South African renewable energy and sustainability recruiter AltGen, adds: “You’re not going to come across guys with direct wind experience because the industry is so new. If you’re speaking about local skills, that is.”

There are some South African engineers who have acquired the necessary wind sector experience from working abroad, but in the main, she says: “I have never been in a position to wade through an immense amount of CVs.

“You have to look deeper into what the skill is and whether it is transferable. I would say there are lots [of candidates] in power generation and on the construction side.”

In South Africa, though, tracking down even these partly qualified personnel can be challenging because they tend not to advertise themselves on platforms such as LinkedIn, as most European professionals do.

A further complication is that one of the local job creation requirements of the REIPPP is projects must attract workers from within a 50 km radius of the project site. This can restrict the likelihood of finding skilled employees, particularly for projects in remote areas.

Stands says legislators are contemplating doubling the radius. But in the meantime, she acknowledges: “For construction, there could be a skills gap for a month or two.”

For operations and maintenance, which fortunately is not yet generating a major manpower demand owing to the early stage of the market, the skills gap is even greater because of a lack of certified training schemes.

“At the beginning of 2013 there was not even any training course anyone could attend that would equip them to become, for instance, a wind and turbine technician,” van den Berg says.

SAWEA and the South African authorities have been working hard to plug this deficiency, with the result that training courses are now set to commence in 2015 under the auspices of the South African Renewable Energy Technology Centre in Cape Town.

In the meantime, technicians are being sent to Germany for training. But finding local skills is only half the battle. The REIPPP also has strict local content manufacturing requirements that project developers have to meet.

Subsequently DCD Wind Towers, of Port Elizabeth, Eastern Cape, has begun manufacturing steel towers to complement the concrete structures used by some developers, raising the local content level to beyond 40%, which is sufficient to satisfy the current requirement.

Going forward, van den Berg says: “We are hoping an entity like LM [Wind Power] will soon come into the country so we can make blades locally and have them certified. Blades have been made locally, but without the necessary certification, and that made them not bankable.”

To achieve further levels of localisation would require a turbine maker to set up shop in the country. For the time being, however, the market might have to make do without going this far.

According to van den Berg: “A lot of people are thinking about it but we are well removed from the big world markets so costs, if we try to export, would be significant.

“And the market is certainly big enough to carry one manufacturer making a narrow range of turbines, maybe two or three models, but that would effectively mean a monopoly to that entity which is not something we would particularly want. We’re not close to a solution yet.”

This might not stop progress in its tracks. Balance of plant, towers and blades would add up to enough local content to keep legislators happy and provide plenty of opportunity for the development of a home grown industry.