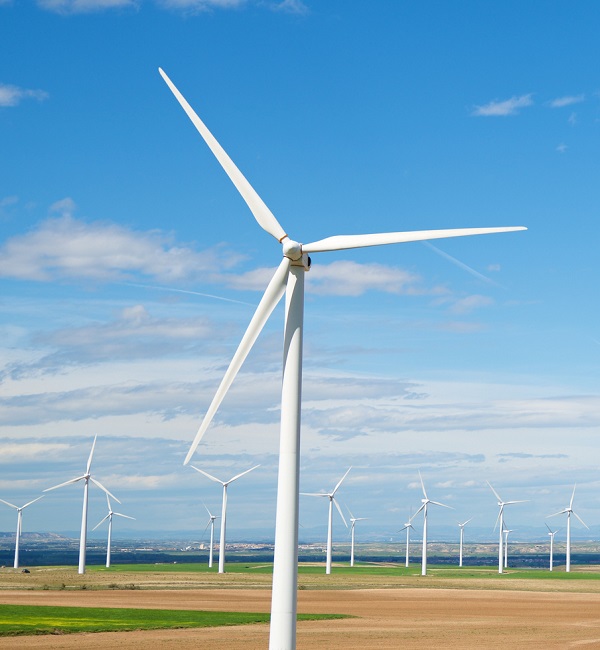 Global onshore wind speeds have risen since 2010, after decades of decline, boosting potential wind energy by around 17% between 2010 and 2017, according to a new academic study published in Nature.

If the present trend continues, this could boost power output from U.S. wind turbines by around 37% by 2024, the study said.

U.S. wind installations are currently forecast to peak at around 13 GW in 2020 as developers race to meet tax credit deadlines, then fall to lower levels over the next decade. Annual operations and maintenance (O&M) spending is forecast to rise by 50% by 2030, to $7.5 billion, according to IHS Markit.

Source: 'A reversal in global terrestrial stilling and its implications for wind energy production' (Nature)

The scientists used data from 9,000 ground workstations and statistical models to perform the study.

The findings contest the theory that "global terrestrial stilling"-- the slowing of wind speeds-- was being caused by increased terrestrial roughness, through urbanization or vegetation changes.

"Terrestrial roughness did not suddenly change in 2010," the paper said.

More likely, the variation in wind speed, including prior stilling and the recent reversal, is determined by "decadal variability of large-scale ocean–atmospheric circulations," it said.

Implemented by Executive Order, the new targets will help New Jersey meet its goals of 50% renewable energy by 2030 and a 100% "clean energy economy" by 2050, Murphy said.

"There is no other renewable energy resource that provides us with either the electric-generation or economic-growth potential of offshore wind,” the Governor said.

"Our offshore wind industry will generate billions of dollars in investments in New Jersey’s future, that will, in turn, create thousands of jobs," he said.

Due online in 2024, Orsted's giant 1.1 GW Ocean Wind project will be located off of Atlantic City and is supported by energy group Public Service Enterprise Group (PSEG). Non-utility subsidiaries of PSEG will provide energy management services and may lease land to the project. PSEG also has an option to become an equity investor in the project, Orsted said.

The New Jersey Board of Public Utilities (NJBPU) selected Orsted to negotiate a 20-year offshore wind renewable energy credit (OREC) for Ocean Wind, following competitive bidding from groups such as Norway’s Equinor and a joint venture between Shell and EDF Renewables.

Orsted is the world's leading offshore developer by capacity and plans to increase its installed capacity from 5.6 GW to 15 GW by 2025.

The NJBPU also proposes to launch two future solicitations in 2020 and 2022, to build 1.2 GW of offshore wind capacity.

France plans to build a 1 GW offshore wind farm off the coast of Normandy in northern France, the energy and environment ministry announced November 18.

Three offshore wind farms are already under development in the region, at Courseulles-sur-Mer, Fecamp and Le Treport. Thus far, France has allocated seven offshore wind projects for a capacity of 3.6 GW, although none of these projects are yet to be completed.