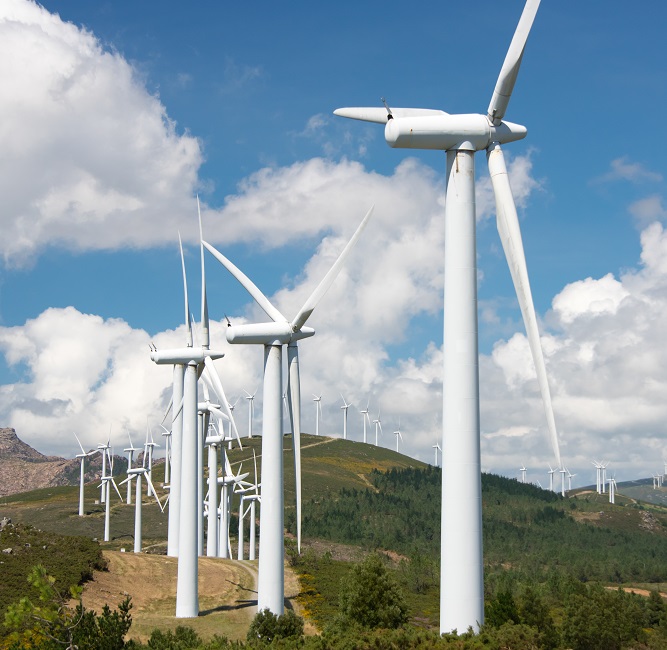 Global wind installations were 54.6 GW in 2016, some 14% lower than the record 63.6 GW installed in 2015, the Global Wind Energy Council (GWEC) said in its annual statistics report published February 10.

In China, the most active wind power market, annual wind installations fell from 30 GW in 2015 to 23 GW in 2016, driven by cuts to feed in tariffs, GWEC said.

"Also, Chinese electricity demand growth is slackening, and the grid is unable to handle the volume of new wind capacity additions; although we expect the market to pick up again in 2017," Steve Sawyer, GWEC Secretary General, said in a statement.

China still installed three times as much capacity as the U.S. in 2016 and represented 43% of global installations.

India and Brazil together represented around 10% of global installations.

U.S. installed wind capacity rose 11% in 2016 to 82 GW and means wind is the fourth-largest source of power generation behind natural gas, coal and nuclear energy. Wind power now generates around 5.5% of U.S. electricity and in 13 states wind power represents over 10% of power generation.

Wind power share of total generation by US state

U.S. wind power capacity is forecasto to rise to 94 GW by the end of 2018, according to the U.S. Energy Information Administration's Short-Term Energy Outlook, published February 7.

Wind power finance was dominated by the UK, where 12.3 billion euros (equivalent) was invested in wind projects to represent 46% of wind investments.

Average selling price of order intake was 0.95 euros per MW, up from 0.90 euros/MW in Q4 2015, driven by “larger share of EPC [Engineering-Procurement-Contractor], turbine mix, and FX,” Vestas said.

Price per MW can depend on a variety of factors such as wind turbine type, geography, scope, and uniqueness of offering.

The first round will call for 400 MW of wind power capacity and 300 MW of solar, according to reports.

“Eskom will sign the outstanding power purchase agreements for renewable energy in line with the procured rounds,” he said.

“Some of the serious economic effects of the recent pause in South Africa’s [REIPPPP] such as factory closures and job losses have caused serious hardship for this fledgling industry. We trust that there will now be rapid movement to resolve the impasse in line with the President’s directive”, Brenda Martin, SAREC chair, said in a statement.