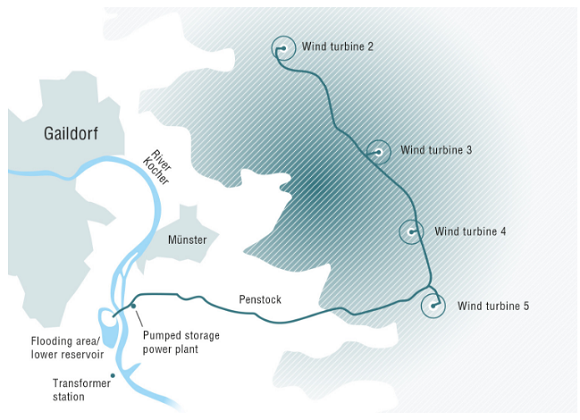 Global wind energy capacity could reach almost 1.68 TW in a moderate scenario and almost 2.1 TW in an advanced scenario by 2030, supplying up to 20% of global electricity, according to the Global Wind Energy Council (GWEC)’s Global Wind Energy Outlook report released on October 21.

GWEC’s Moderate Scenario reflects a world that maintains the trends from the past decade, with wind power continuing to gain ground but still struggling against heavily subsidized incumbents; without a comprehensive or cohesive carbon market, and with those that exist at very low prices.

The Advanced Scenario, on the other hand, assumes strong international political commitment towards meeting climate goals and national energy policy driven by the need for enhanced energy security, price stability, job creation and the need to conserve fresh water resources.

China accounted for about 145 GW of installed capacity at the end of 2015, while Europe had a total of 147.7 GW installed.

Meanwhile, Canada‘s total installed wind capacity stood at 11.2 GW at the end of 2015, making it the seventh largest market globally.

Globally, the U.K. is the largest offshore wind market today, with more than 40% of the installed capacity, followed by Germany with 27%, Denmark with 10.5%, Belgium with almost 6%, Netherlands with 3.5% and Sweden with 1.6%, the report said.

Naturspeicher GmbH is working on a pilot project combining wind turbines and pumped hydro storage on the Kocher River in Gaildorf, Germany, HydroWorld reported on October 10.

The full scope of the project will comprise four units of GE’s new 3.4-137 wind turbine technology – through its GE Renewable Energy business – and a 16 MW pumped storage hydro-electric power plant, to be supplied under a separate agreement between Max Bögl, Naturspeicher and Voith.

The wind turbines have a rotor diameter of 132 meters, making them among the largest in their class, and will sit at a hub height of 178 meters.

The wind farm towers are a prefabricated and fully standardized modular system. The base and surrounding area of each tower will be used as active water reservoirs to store energy, effectively increasing tower height by 40 meters.

A nearby valley, approximately 200 vertical meters below the wind turbines, will house an additional lake and the pump/generator hydro plant.

The overall system is designed for height differences of 150 to 350 meters between the lower reservoir and the reservoir basis of the wind turbines.

The combined wind and hydro power plant will provide balancing power for fast-response stabilization of the grid.