As the original wind farms awarded under Rounds 1 and 2 of the REIPPP are starting to come online, Round 4 is beginning to see reduced financial risk. We check in with two individuals involved in both rounds. 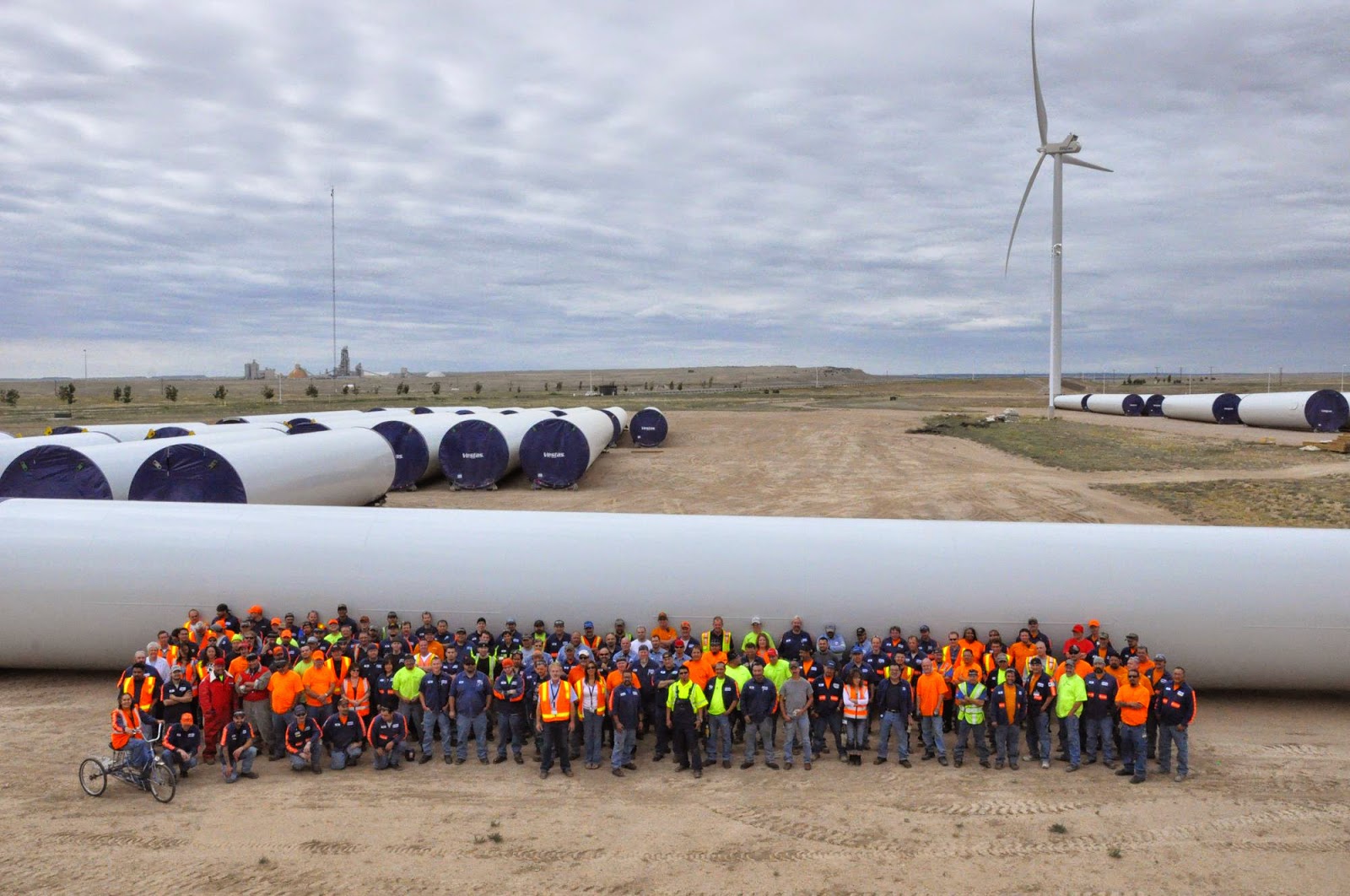 Located in the Nelson Mandela Bay Metropolitan Municipality of the Eastern Cape province, the 61.5 MW Grassridge wind farm consists of 20 Vestas V112 wind turbines, each with a unit capacity of 3.075 MW.

Vestas supplied the 2 MW turbines for West Coast One which was awarded Preferred Bidder status in Round 2; achieving financial close and a 20 year contract with Eskom for the 90 MW wind farm in mid 2013. James White, South Africa Country Manager for Vestas, was their first employee in the country seven years ago, giving him a unique overview of the developing programme.

“Round 1 was when everything was new,” says White. “Our key challenges were in employing the right people, making the right equipment, like trailers and main cranes available, and educating subcontractors on delivering the correct specs, for example, with foundations.”

The biggest risk for any business is inexperience, and in Round 1, that was exactly the situation. The Renewable Energy Independent Power Producer Procurement Programme (REIPPPP) forcibly created an indigenous wind sector supply chain, with its local content rules governing up to 60% of a project.

Looking back at how Vestas coped with local inexperience in developing the South African market, White is satisfied with progress. "The only thing we would have done better is maybe to have hired people a bit earlier and afforded us the luxury of further training. But in the end this was not a major problem and I wouldn’t change how we have delivered in this market at all,” he says.

Beginners paid more in Round 1

“In the first round, there was no history of renewable energy, to speak of. But we all had to go to the banks and to the financial institutions and plead our case,” says Chris Els, who has been involved as project manager in Round 1 wind projects, on Metrowind Van Staden’s and Kouga Wind Farm, as well as in PV bidding.

“Initially, the uncertainty around this program was just loaded it into the agreements; into interest rates. Eventually we did get our funding but the overall terms of that funding were very very onerous.”

South Africa’s robust permitting rules have ensured quality, however. “Banks won't grant you a loan until you have your environmental impact assessment in place. And you can’t get a license until you have got all your finances and reputable equipment suppliers in place,” he explains.

Once awarded Preferred Bidder status, the power contracts represent a reliable income stream for 20 years. So, as Round 4 begins, the financing situation has eased considerably.

“Now in general there is no financing risk for renewables here,” White contends. “Any caps on companies or sectors are freed up as commercial banks syndicate their debt down to institutional investors or other institutional investment vehicles looking for long term annuity revenues.”

Where White does see some financial risk is in the volatility of the South African Rand.

“The volatile Rand should not be ignored, and the impact on returns for investors is where the pinch comes in,” he says. “If you take Round One versus Round 3, the Rand depreciated by 30% against the Euro,” During that same period, average tariffs went down about 40%, ultimately eroding investor returns. But, White points out, many developers don’t need foreign debt to make their projects work.

In addition, hedging is now offered for six to twelve months by South African financial institutions.

“I can go to the South African reserve bank, which can actually give me an exchange rate which is then fixed, almost like an interest rate,” Els explains.

Then, six months or a year later, when developers need to put down money for imports, such as turbines, regardless of what the exchange rate is in six months between South Africa and whichever country they are buying from, that fixed rate would be in effect. So developers can bid a particular rate, knowing what all of their costs will be.

Regardless of exchange rate uncertainties, European developers able to fund projects off balance sheet are seeing that South Africa is a very lucrative emerging market.

One example is Enel, the Italian utility-cum-developer, which was able to come in self-financed with very good prices, and was awarded five projects in Round 3.

Wind developers are finding that interest rates are dropping as South African banks become more comfortable with reliable development timelines and quality, and are now even establishing renewable lending divisions.

“Now that we are approaching Round Four, the banks are more relaxed,” Els notes. “Because now they know what they can expect; how long the project will take to complete, and the quality of the products being installed. Now it’s a simple transaction.”