South Africa has grown its wind energy generating capacity by 560MW for 2014 (GWEC). With a physically and financially constrained grid, getting more wind power online remains a challenge for the foreseeable future. But when there is a will, there is a... 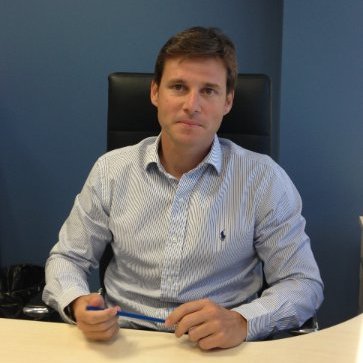 Carlos Rodriguez Tortosa, Country Manager South Africa at Gestamp: “Allocating more power into the grid will only be possible with the collaboration of the IPPs that wish to connect to the grid and inject power. Collaboration means being part of the...

An independent study by the Council for Scientific and Industrial Research (CSIR) found that renewable energy from South Africa’s first wind and solar (photovoltaic) projects created R800m ($67m) more financial benefits to the country than they costed during 2014.

According to Dr. Tobias Bischof-Niemz, head of the CSIR’s Energy Centre, the cost per kWh of renewable energy for new projects in South Africa is now well below R1 ($0.08) for solar PV and between 60c 80c ($0.05 to $0.06) for wind projects.
This will keep the net financial benefits of renewables positive, even in a future with a less constrained power system, according to Bischof-Niemz.

The total wind tariff payments to independent power producers (IPPs) in 2014 was R1.4bn ($117m) with the average tariff paid to IPPs being 1.35R/kWh, according to the CSIR study.

The energy crisis in South Africa and throughout Africa continues.

South African industry is energy intensive, with mining, smelting and pulp and paper production being key contributors to the economy and growth.

The current capacity of approximately 40,000 MW is insufficient to provide reliable power. In recent years, industry and consumers have been subject to widespread load shedding, according to a paper by law firm Macfarlanes.

The bulk of opportunities in South Africa’s wind energy sector still emanate from the country’s Renewable Energy Independent Power Producer Procurement Programme (REIPPPP) as evidenced by the successful award of 51% (1980MW) of the projects to wind developers after three bidding windows since 2013.

Despite this success, the South African energy mix is still dominated by coal (80%) with oil, natural gas, nuclear and renewables making up the balance; testament of the vital role wind power can have in servicing the energy needs of the country in the near future.

“A possible solution would be to appropriately earmark renewable energy development bidding zones so that Eskom can have sufficient upfront planning visibility in terms of how many total megawatts from future REIPPPP projects will go onto the grid, when and from where,” says Matarirano.

“Allocating more power into the grid will only be possible with the collaboration of the IPPs that wish to connect to the grid and inject power. Collaboration means being part of the planification, and assume some cost of the necessary upgrading to allocate new generation,” says Rodriguez.

IPPs and Public-Private Partnerships come to the rescue

South Africa’s electricity generation continues to be dominated by Eskom Holdings SOC Limited (Eskom). Eskom is a state-owned company which produces approximately 96% of the electricity used in South Africa and also owns and controls the transmission system.

The concept of state municipalities to generate their own power is an option that could be worth revisiting if Eskom were willing to cooperate in some capacity.

Other options are also surfacing.

State-owned transport and logistics company, Transnet - which will use power generated from its locomotives’ regenerative braking capabilities - is working on a power purchase agreement with Eskom, which would govern the regenerated electricity only.

According to the National Energy Regulator of South Africa, companies that generate electricity require a licence if they intend to feed it into Eskom’s grid. However, if a company generates electricity solely for its own use it does not need to be licensed.

According to Transnet the portion of unused electricity has to be transmitted to Eskom’s grid if no recipient is available to use it in the traction circuit of a train.

The PPA will manage the credits that Transnet would accrue for that, as well as the charge of "wheeling" the electricity through Eskom’s network, according to local news site Business Day Live.

Transnet, a member of the Energy Intensive Users Group (EIUG), plans to regenerate 38MW by 2017 through its new locomotives technology.

The Energy Intensive User Group (EIUG) of Southern Africa was established in 1999, and is a voluntary, non-profit association. Its members are energy intensive consumers, who currently account for approximately 44% of electrical energy consumed in South Africa.

Its goal is to have a say on energy related concerns, including the ongoing shortfall of generation capacity, the security of supply crisis, the pricing of energy and energy regulation.

More IPPs will be willing to invest in grid infrastructure if Nersa and Eskom help make the process transparent and streamlined, with minimal costs to the IPPs.

Rodriguez says that IPPs are increasingly considering in the past year to invest when it comes to grid infrastructure costs and ownership.

“IPPs are keen to do so and the South African government has realized that it is the only way forward to fulfill the Integrated Resource Plan (IRP),” according to the Gestamp country manager.

With the country’s grid infrastructure constrained physically and the grid operator Eskom equally financially challenged, private-public partnerships are likely to be a viable option for South Africa’s renewables sector so that the grid gaps are built cost-effectively and within the next two years.

Rodriguez says that such proposals are already coming to light, but he is not expecting anything concrete within the year.

“Now is the time for public-private partnerships to form - within the next year may be optimistic, but our view is that it is definitively going to happen in South Africa,” he adds.

“Various ownership and funding models for grid infrastructure are being considered and we expect to see developers and various state owned entities paying a key role in this regard,” says Matarirano.

“Although REIPPPP is expected to be the preferred renewable energy procurement model in the foreseeable future, we expect to see more co-operation between the public and private sector in terms of grid infrastructure planning.”

Gestamp has a 75 MW windfarm operating in South Africa and more than 500 MW in development phase.

“Our strategy is to have steady growth with the hope to get awarded with another wind project during 2015,” says Rodriguez.

He offers some more solutions. “The wind energy business requires a regulated market with 15-20 year PPAs with reliable offtakers, such as governments and utilities. Without that, the banks would not be keen to invest in wind projects - and without project finance is difficult for IPPs to make investments,” says Rodriguez.

To date, the REIPPPP has attracted over $10bn of foreign investment in respect of approximately 4,000 MW of new renewable electricity generation capacity, according to Macfarlanes.

Nhlanhla Nene, the country’s finance minister, stressed in his budget earlier this year that energy supply was the government’s critical challenge.

This challenge has warranted the minister to cut his growth forecast for 2015 to 2% from 2.5%. The Treasury also warned, according to the Financial Times, that deterioration in electricity availability could reduce growth to 1%.

With economic growth on the line and nearing negative figures, the board of Eskom are finally making some radical changes to management.

Eskom in March 2015 suspended its chief executive, Tshediso Matona, and three other senior officials as it launched an independent inquiry into the organisation’s poor performance.

Shaking up the energy mix with additional on and off-grid wind power by initiating equity roles for IPPs and public-private partnerships in conjunction with Eskom or state municipalities is a step in the right direction.