A report by the European Wind Energy Association claims wind could play a role in grid support. But for that to materialse, energy markets first need to adapt in terms of efficiency. 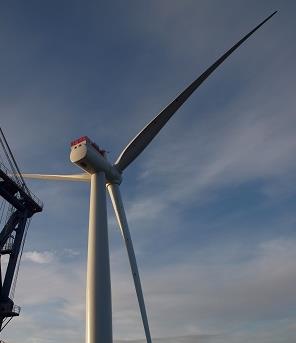 “The functioning of existing day-ahead and intraday markets must be improved with shorter gate closure and more cross border integration in order to give VAR-RES producers (short term) opportunities to trade their imbalances,” says the EWEA report;...

Could intermittent renewable energy sources such as wind and PV one day help provide ancillary grid services, such as frequency or voltage regulation?

The accepted view is no, because variable generation tends to de-stabilise grid operations and therefore increases the need for ancillary services. But the European Wind Energy Association (EWEA) begs to differ.

In its report on ‘Economic grid support services by wind and solar PV’ the industry body claims: “Variable renewable energy sources, like wind and solar PV generation (VAR-RES) meet most of the capability requirements for delivering such services, as pre- scribed in Grid Codes.”

However, the report, which was published in September and summarises the findings of a European project called REserviceS, also notes that ‘enhanced capabilities’ may be needed in some areas. One of these is in the way European energy markets are currently set up.

“The functioning of existing day-ahead and intraday markets must be improved with shorter gate closure and more cross border integration in order to give VAR-RES producers (short term) opportunities to trade their imbalances,” it says.

“A shorter forecasting time horizon would not only help to set up a level playing field for balancing conventional and variable generation, but would also lower the system operation costs.”

“The functioning of electricity markets is actually directly tied to forecasting. You cannot separate out the forecasting problem from the market design problem. They are joined at the hip.”

Markets depend not only on weather forecasting to predict renewable energy output, but also on demand forecasts and pricing predictions.

If intermittent renewable energy sources are called upon to deliver ancillary services, then that complicates things further, since grid support has a different value than energy supply for the network operator.

Furthermore, the need to use them in this way is increasing with the growing proportion of intermittent renewable energy sources on the grid.

In Belgium, for example, concerns over the ability to meet peak energy demands has led to the creation of the so-called Wathelet Plan to tender for new gas-fired generation.

Gas is the obvious choice for this sort of thing because of its ancillary service capabilities, but for plant operators in markets with high renewable energy penetration it does not make sense to build new gas-fired plants if they will sit idle for much of the time. Wind could do the job instead.

To do so, though, the accuracy of the various electricity forecasts needs to improve, since in addition to trying to hit day-ahead targets a wind farm operator may also want to hold generation capacity in reserve for tasks such as frequency regulation.

According to the EWEA-REserviceS report, the job of improving forecast methods should fall to original equipment manufacturers, project developers and research and development teams.

However, says Carlos Dierckxsens, project engineer at 3E, one of the organisations involved in the REserviceS project, it is likely transmission system operators (TSOs) will also play an important role.

The TSO’s main requirement is to make sure the grid is always stable, making sure there is a market mechanism allowing people to bid for reserves, he says.

It also seems reasonable to assume that the costs for adapting markets to accept ancillary services from renewable energy sources will ultimately be borne by ratepayers through higher bills.

Since transmission costs are still only a small part of the average electricity bill, this should not be a problem. So what is stopping wind farms from being used for ancillary services now? One problem is perhaps that the market changes needed, while surmountable, are not trivial.

That means market actors have to think carefully about committing before they push ahead. And in the current uncertain market environment it might pay to wait and see instead.

In particular, Dierckxsens notes that if gas becomes more attractive as an energy source then the need to deploy renewables for ancillary services could be pushed aside.

While gas supplies are a hot topic for European policymakers because of tensions in the Ukraine, it is also true that the US, with its vast shale reserves, is increasingly seen as an alternative source of supply.

Additionally, Europe’s recent appointment of an Energy and Climate Change Commissioner with oil-industry links could foretell a greater emphasis on gas generally across the continent.

So while the use of wind energy for ancillary services depends on better short-range forecasts, it may be a longer-term inability to predict a future that stymies adoption.