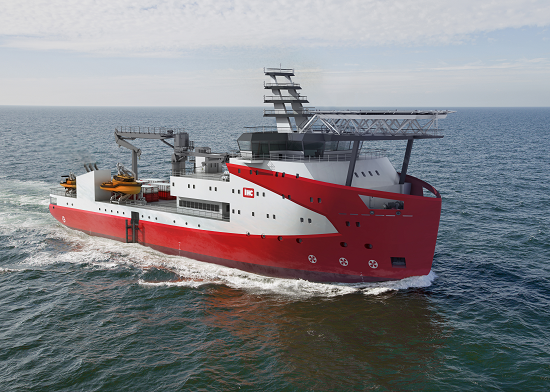 Demand for O&M vessels and solutions rose by about 20% in 2016 compared to 2015, a trend that is expected to continue in the coming years, especially given the growing requirements for Service Operations Vessels (SOVs), Oosthoek said.

He expects demand to catch up with supply in the next 18 months as more projects come on stream or begin construction.

Total installed offshore wind capacity in Europe now stands at about 11.5 GW and is projected to grow to around 20 GW by 2020, according to trade body WindEurope.

Installations are expected to pick up in 2017-2019 after a slower 2016, but there is significant uncertainty over future volumes and regulation in many key markets after 2020.

Meanwhile, more and more developers in Europe are responding to the more demanding nature of offshore wind projects by demanding higher-performance CTVs and by looking to use SOVs in their projects, prompting suppliers to grow their product offering, according to Dan Kyle Spearman, associate at Carbon Trust.

Carbon Trust’s Offshore Wind Accelerator (OWA) has developed a new methodology to benchmark the performance of the vessels used in offshore wind – based on metrics such as transit and transfer performance – with the final results expected to be published by the end of 2016, Spearman said.

There are other aspects that are not taken into account for this methodology that must also be considered when selecting a vessel, such as fuel consumption, cost, manoeuvrability, and suitable harbor selection, among others, he added.

There is very limited opportunity currently to convert existing vessels in the oil and gas industry into SOVs because they need to have specific vessel sea-keeping characteristics that suit the walk-to-work system.

The vessels, which are equipped to spend up to a month at a time at their respective windfarms, feature an innovative motion-compensated walk-to-work gangway system that allows technicians to more safely access wind turbines in harsh weather conditions.

A wide range of models and concepts for motion-compensated gangways have been developed by various suppliers, such as Ampelmann, Uptime, Van Aalst, SMST, OSBIT, Bargemaster, Zbridge and Kenz.

Other dedicated SOVs include the Windea LaCour, deployed to the Dutch Gemini OWF, and several other SOVs being built for a.o. Esvagt, Østensjø and Bernhard Schulte (Windea). These vessels will be working on long-term maintenance campaigns for European OWF projects such as Sandbank & DanTysk, Dudgeon, Race Bank, Hornsea One and Nobelwind, Oosthoek said.

Taking into account these vessel orders, a remaining dedicated SOV requirement of up to 15 vessels has been identified for 2017-2020.

In late August, Royal IHC also unveiled a new improved SOV design centred around crew comfort, logistics flow and safety of the crew and technicians on board, as well as an optimized hull design aimed to achieve low resistance during transit, while retaining sea- and station-keeping capabilities.

According to Matthews, the industry also needs to speed up the transfer times in the wind parks to improve the utilization rates of its technicians and reduce turbine idle time.

“Our big belief is that having all those technicians behind one walk-to-work system is not going to work. It’s OK on small wind farms, but on big ones,” Matthews said.

One way to improve transfer times and productivity, according to him, is to have multiple vessel options, though project owners and operators will have to weigh the costs of different marine logistics combinations.

Fred. Olsen Windcarrier has used its experience in the oil and gas sector to develop Windbase, a new offshore accommodation platform that aims to cut operational costs and expand the limited choice of vessels available to large, far-from-shore projects.

The Windbase platform is installed before construction of the wind farm begins and allows accommodation and stores to be moved onto the fixed structure. The platform includes a heliport for transporting staff and facilitates rapid deployment of CTVs, allowing multiple vessels to operate in parallel in shorter weather windows.

Matthews said an accommodation platform could cost the equivalent of two SOVs, but this upfront cost estimate does account for the savings that come with the operational improvements, such as expanded weather windows and higher productivity rates.

Using an offshore accommodation platform working with three large 30-meter CTVs can boost turbine availability by several percent on larger wind farms and extend the reach of CTVs further offshore, according to an O&M logistics study carried out by Shoreline for Fred. Olsen Windcarrier, published in June.

Shoreline CEO Ole-Erik Vestol Endrerud told Wind Energy Update in July that with an offshore platform, CTVs are equally efficient, and in high-work load cases, they could be more efficient than a single vessel with only a W2W system (no daughter crafts) for large-scale multiple turbine sites.

Currently, though, an offshore accommodation platform solution would probably make most economic sense for large, far-from-shore wind parks of above 1 GW, and the benefit of a fixed platform needs to be balanced with the lower flexibility of the solution, Spearman said.