Firms in markets offering low incentives for repowering have developed cost efficient maintenance which can expand lifespans by as much as ten years and improve condition monitoring systems to maximize profits. 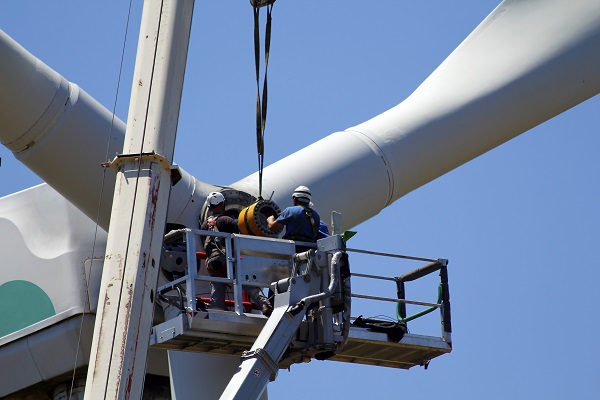 Maintenance to extend lifespans of turbines offers European operators a competitive alternative to repowering in markets where regulated payments have dropped in recent years.

Wind farm operators can extend plant lifetimes at a fraction of the cost of repowering and the plant revisions provide an opportunity to make performance improvements in Operations and Maintenance.

This compares to an estimated cost of around 1 million euros per MW for new turbines required for repowering, Ruiz de Gordejuela said.

In life extension programs, the existing condition of each end-of-life turbine is reviewed to establish which components need repairing or upgrading. The maintenance focuses on components that exhibit high rates of wear and tear, such as blades, joints, main frames and speed multipliers.

Since most turbine manufacturers build their machines to withstand harsher conditions than the ones they are exposed to in practice, around 90% of turbines can potentially carry on working for up to a decade beyond their original 20-year stated operational life, Ruiz de Gordejuela said.

“Life extension is essentially a healthcare program,” he said.

The life extension concept has been pioneered by firms such as Nabla and turbine manufacturer Gamesa, in response to the removal of Spain’s Feed-in Tariff (FiT) system.

In July 2013, the Spanish government replaced FiTs with a support mechanism formula based on a ‘reasonable return’ of 7.5% on the value of the investment, over the lifetime of a plant.

For many older wind farms in Spain, the operators had already received this amount through FiT payments. Owners thus had no further support and had to generate revenues from energy sold on the spot market, on average insufficient to cover the cost of repowering.

According to Aris Karcanias, Managing Director and co-lead of the clean energy practice at FTI Consulting, there is a “real market opportunity for life extension programs in European markets,” especially where repowering subsidies do not exist.

Spain and the UK could both develop into significant life-extension markets, he said, based on their long history of installations and lack of repowering incentives.

In the Danish and German wind markets, meanwhile, repowering is likely to remain popular because it is supported by incentives that make it financially attractive.

Like Spain, Germany and Denmark are highly developed wind power markets and the primary aim of repowering incentives is to permit more power to be harvested from existing wind farm sites.

Germany implemented a bonus scheme for repowered wind farms of 4.9 euros per MWh, paid on top of standard FiTs.

The scheme led to record levels of repowering in Germany in 2014, when 1.8 GW of capacity was installed. Repowering accounted for 35% of all German turbine installations, up from 22% in 2013.

Although the bonus scheme came to an end on July 31, 2014 under current proposed regulations it could be extended for owners who get repowering project permission before the end of 2016 and are able to install their new turbines by the end of 2018.

In Denmark, meanwhile, wind farm owners get a special rate for the first 12,000 hours of operation for turbines installed in repowering projects.

If the operator replaces turbines that were grid-connected before February 20, 2008, the rate is around DKK120kr per MWh ($17.5). Repowering of machines started up after this date receive DKK80kr per MWh.

As the above figures show, Germany is leading the wind decommissioning market.

The International Renewable Energy Agency has said that repowering in Germany could “double the amount of onshore wind capacity and…triple the country’s energy yield, with significantly fewer turbines deployed.”

“We expect that repowering will become more important because we need [to extract more power from] old fields,” he said.

Compared with other regions, Europe remains the key growth market for repowering and lifespan extensions. Assuming a turbine lifespan of 20 years, more than 86 GW of wind capacity is expected to be decommissioned in Europe between 2015 and 2030, FTI Consulting said.

Some 76% of this capacity is concentrated in just five countries: Germany, Spain, France, Italy and the UK.

Although some decommissioning is forecast in Japan and Taiwan, the total capacity is much lower.

“When you are talking about repowering, it’s mainly taking place in Europe,” said Feng Zhao, a director at FTI Consulting’s clean energy division.