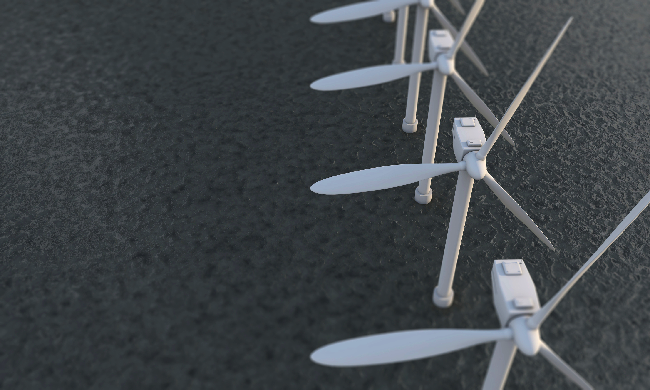 In many cases, developers would procure the supply and installation of the turbines under one contract and the Balance of Plant (BOP) components under another main package. In some countries like the U.K., where transmission assets are transferred to a separate entity in the future, the BOP contract may be broken down further so that agreements and works could be replaced more easily down the line, Mcnabb said.

At the same time, both project developers and contractors in Europe are reluctant to sign traditional lump-sum, fixed-price turnkey contracts since this places too much risk for any single contractor to bear while at the same time limiting the developer’s control over quality and schedules.

According to Simon Luby, director Due Diligence at K2 Management, contracting strategies in the sector have split into two main approaches. While DONG Energy and a small number of others tend to break down construction work and the supply chain into as many individual packages as possible to have more direct management and cut costs, a lot of developers are beginning to limit the number of contracts to reduce their exposure to project risks.

Several years ago, developers moved from splitting work into 9-10 packages on average to allocating the work in 4-5 contracts. By contrast, a lot of the recent and current projects in the Netherlands, Germany and elsewhere are procuring under 2-3 contracts at most, Luby said.

The Gemini Wind Park project in the Netherlands, for example, is based on two contracts - one with Siemens for the turbines and a main contract with Van Oord for the engineering, procurement, construction and installation (EPCI) of the foundations, offshore and on-shore high-voltage stations, the cables, turbine installation and complete elctrical infrastructture.

Siemens and Van Oord were brought on board in 2011-2012, under the same two-contract structure that had been used for the financings of the Q7 and Belwind offshore wind farms, with both groups agreeing to make equity contributions to the development. The turbine and EPCI contracts for Gemini were also negotiated and signed off before taking the project to the banking market.

Similarly, work on the MERKUR project in Germany is split into two contracts - GE is supplying the turbines and DEME NV is responsible for the BOP contract, which includes the foundations, inter-array cabling, the offshore substation and  the installation of the turbines.

Much of the change in contracting strategies is a response to the growing use of project finance to fund the industry, in sharp contrast to the past, when projects were restricted to a few very large asset owners, which typically funded off balance sheet.

Even as the market in 2016 continues to be heavily dominated by balance-sheet financing, project finance has emerged as an important financing mechanism given the scale of the sector, especially for independent power producers, new market entrants and refinancing transactions.

Over the last year, the industry has also benefitted from access to cheaper financing, with both the cost of debt and the costs of equity coming down.

Offshore wind projects have featured predominantly in the European Investment Bank (EIB) financing, backed also by the European Fund for Strategic Investments (EFSI). In the first half of 2016, the EIB alone provided Euro 674 million for the financing of the 588 MW Beatrice offshore wind farm, WIndEurope said.

New lenders also include institutional investors, which have been attracted to the debt side in recent years. While liquidity levels have been on the rise, debt-to-equity ratios have stayed at 70:30 in 2016, indicating no appetite for more aggressive financing structures, according to WindEurope.

Growing debt financing from banks has increased the risk profile of projects compared to what utilities are willing to accept when they fund their own projects, prompting developers to seek ways to limit EPCI risks.

At the same time, power producers continue to be substantial providers of equity capital in the industry, according to WindEurope. Transactions in 2016 show a diversifying equity mix, with both corporate, financial and in particular overseas investors.

In a few cases, developers have also looked to limit risk through contracting because they were either seeking equity financing or had sold down equity during project construction in forward-sale arrangements.

Focusing on 2-3 contracts only often carries a higher risk premium upfront because it puts the interface risks between all the different packages with the contractor rather than with the project developer. According to Mcnabb, most contractors are willing to accept the risk as they have now learned a lot more about managing the risks on projects.

However, limiting the number of contracts is likely to reduce the potential overrun cost downstream in the project, compared to the multi-contracting approach, where delays from one contractor have a ripple effect on everybody else, he said.

According to Luby, the multi-contract approach clearly offers the best opportunities for cost reduction, but it requires a developer with very strong engineering expertise, tendering and negotiation skills, and experienced personnel. However, with a good competitive tender process and pragmatic approach to cost versus risk, the smaller contract strategies are starting to also realize good cost reductions in addition to just cost certainty.

The growing use of project financing has also reduced the use of alliancing contracting, which was becoming popular with utilities several years ago but remains largely unfamiliar to banks, which place a premium on cost and schedule certainty, and assessment of risk.

Some alliancing structures remain – what Mcnabb calls ‘alliancing light’ – where contracts include bonus structures and KPIs based on common goals and targets, but contracts these days are less likely to feature the full sharing of risk and reward between all the stakeholders.