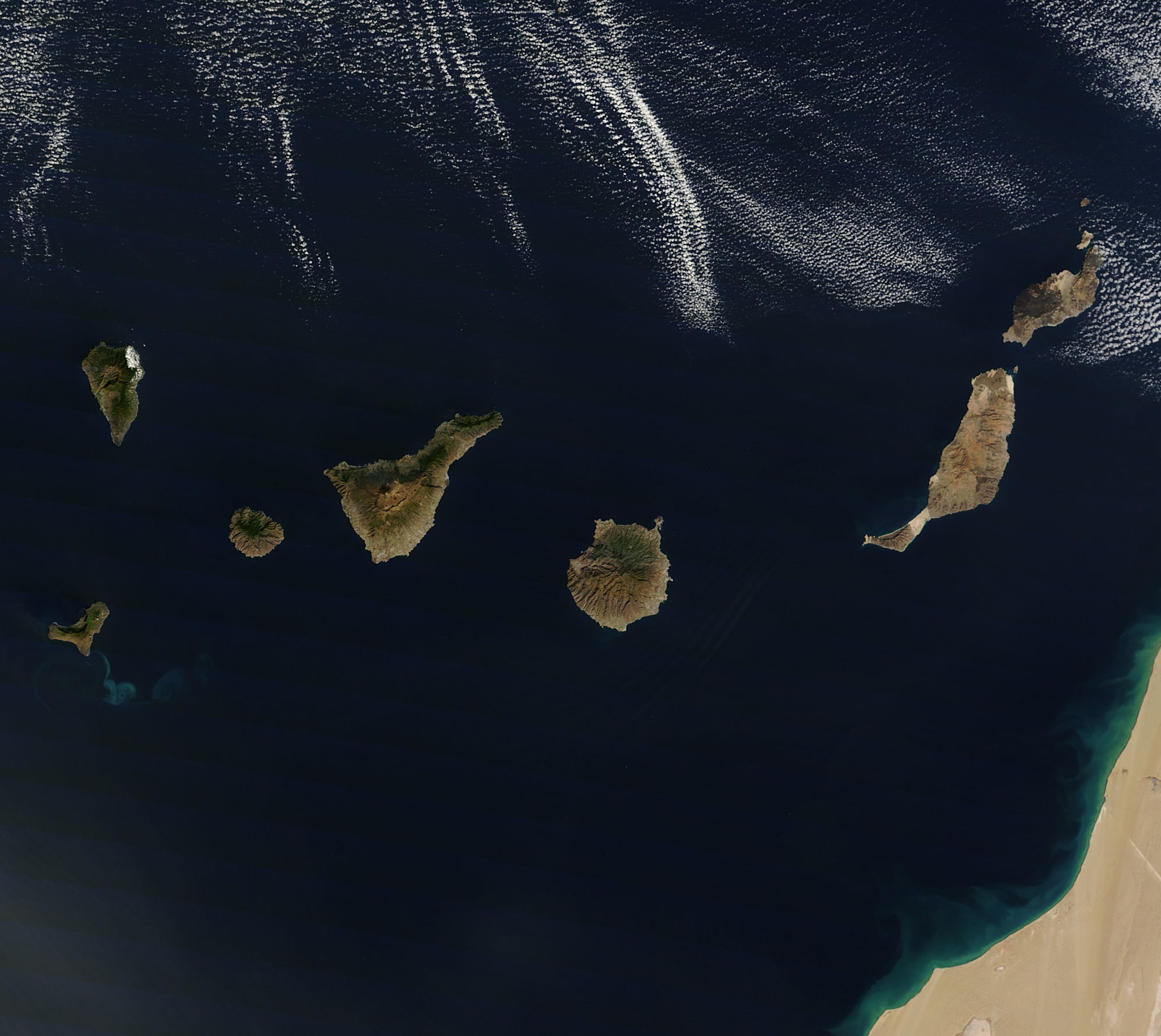 Oil group Equinor is aiming to build a 200 MW floating wind farm in the deep waters off the Canary Islands, west of Morocco.

Equinor has been allocated a permit to develop a 200 MW floating wind facility in a deep water sea area, regional government officials said.

A number of other developers have expressed interest in developing commercial-scale floating wind farms in Canary Island waters, the officials said.

The first offshore wind facility could be commissioned by 2024 but the government must implement a development framework before construction can begin, the government said. 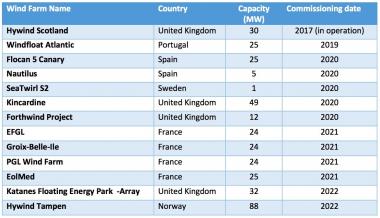 Thus far, Spain's offshore wind development has been limited to small-scale research projects such as the EU-funded Elican project.

The Elican team installed a 5 MW Siemens Gamesa wind turbine using fixed-bottom foundations without the use of heavy-lift vessels.

Commissioned in December 2018, the Elican turbine system was assembled onshore and installed using a telescopic tower system which acts as a self-stable floating barge. Once ballasted to the seabed, the tower was lifted to final position by cables and jacks.

This innovative method could reduce installation costs by 30 to 40%, according to Elican partners.

ScottishPower has received government approval for the project and the battery is expected to be fully operational by the end of 2020, according to media reports. The company is planning further storage projects in 2020-2021, the reports said.

The battery will be able to fully charge in less than 30 minutes and will provide resilience and stability to the national grid, ScottishPower said.

ScottishPower plans to spend 2 billion pounds in clean energy investment in the UK in 2019 and a total 6 billion pounds by 2022, the company said in March.

The four states of Texas, Oklahoma, Iowa and Kansas generated 52% of U.S. wind output in 2018, the Energy Information Administration (EIA) said in a note published June 7.

U.S. wind output was 275 TWh in 2018 and the EIA's figures highlight the dominance of central states in the U.S. wind power industry. High wind resources and industry buildout has cut construction costs and operations and maintenance (O&M) costs in these regions.

"Each of these states has seen significant growth in wind capacity even after meeting renewable portfolio standards (RPS) targets or voluntary goals," EIA noted.

Texas has generated over 25% of U.S. wind power output in each of the past three years. Texas wind capacity is concentrated in rural northern and western areas and transmission line projects authorized in 2008 have connected wind power output with population centers in southern and eastern areas of the state.

Oklahoma accounted for over 10% of total U.S. wind generation in 2018. Wind power capacity in the state more than doubled between 2014 and 2018.

In addition, the five states of California, Illinois, Minnesota, North Dakota and Colorado accounted for 20% of U.S. power generation in 2018, EIA said.

US installed wind capacity by state at end of Q1 2019 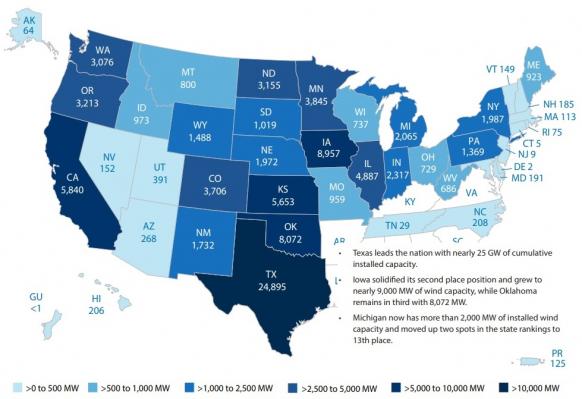 The U.S. installed 841 MW of wind power capacity in the first quarter, double the amount installed in Q1 2018, the American Wind Energy Association (AWEA) said its latest quarterly market report. Some 536 MW of this capacity was installed in Iowa, where installed capacity is now almost 9 GW.