The intermittent nature of wind can wreak havoc on the grid. Wind Energy Update explores the current status in emerging wind energy market, South Africa, and how the nation’s utility Eskom is placed to ensure a stable electricity grid. 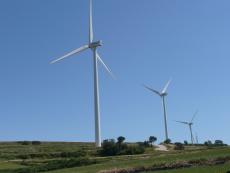 The initiative has provided a bankable legal framework for renewable energy projects in South Africa.

Having planned for addition of renewable energy in the portfolio, all the stakeholders including the government have not only shown their commitment in announcing the projects in three rounds until now and but also in modifying the guidelines and requirements based on their experiences to suit the business environment. Recognising and correcting any failures in the regulatory framework to continue to encourage industry to meet the government’s goals helps to build confidence in the renewable energy sector.

Private equity company Norfund highlights that a key item in the REIPP is a government guaranteed 20-year inflation adjusted fixed-price PPA, with relatively generous caps on the per kWh price, although competition is driving the per kWh price needed to achieve “preferred bidder” status significantly down. This provides investors with a predictable cash flow enabling them to make the high-up front capital investment.

Reliability of the grid

The government has plans to add nearly 4GW of renewable capacity by the end of 2016 and Eskom has committed to 20-year power purchase agreements, which are important steps toward providing required investor confidence in the sector, says Mike Ross, Product Line Director, FACTS Devices, AMSC. He says Eskom is also taking appropriate steps towards ensuring the strength and reliability of its power grid while adding this renewable capacity.

“The Department of Energy is placing an emphasis on local content to ensure that country is benefitted not just with cleaner energy but for jobs and economic development. So far, it appears that South Africa is taking all of the right steps to adopt renewables as part of its energy mix,” Ross adds. AMSC recommends that there is a need to understand grid codes and keep wind farms online thereby increasing output and revenues.

Impact on the grid

As South Africa looks to increase its wind power generation capacity, the country needs to consider the impact of large amounts of wind power to the electrical grid.

All of this becomes important considering that the intermittent nature of renewables can create voltage stability problems between the transmission system and the wind facility.

“The utility, Eskom, understands the impact of renewables to the grid and to ensure high power quality and a stable electricity grid, Eskom has done all the right things. It has carefully reviewed the lessons learned by other countries and regions that have added substantial amounts of power to their grids and they have designed grid code requirements that must be met in order for renewable power plants to connect to the grid,” says Ross.

For its part, as AMSC explains, the authorities in South Africa have evaluated how other nations have added considerable sum of renewable energy to their grids. Accordingly, grid codes have been designed in order to set up a stable electricity grid.

To its credit, AMSC’s transmission planning team has worked globally and particularly has experience in countries that have more stringent grid codes, such as the U. K., Australia, or parts of North America. In September, Consolidated Power Projects (CONCO), South Africa’s largest high voltage construction company, chose AMSC’s offering to connect the nation’s largest wind farm to the electricity grid. The system will be commissioned in the first half of 2014.

By examining the network structure and the grid codes, one needs to comes to grip with appropriate dynamic and static reactive compensation and control solutions that will enable renewable plants from meeting even the most stringent of the grid code requirements.

“Beyond just meeting the requirements, AMSC’s solutions offer complete VAR compensation and voltage control capabilities that augment the performance of the wind farm and also the grid,” says Ross.

He says additionally, while meeting grid codes can mean marginally higher upfront costs for the owner or developer of the wind farm, adopting solutions and technologies based reactive systems will ensure that disruptions to energy from renewable power plants are minimised, which in turn helps to maximise the power plant’s output, leading to increased revenues.

By strictly enforcing and minimising any changes to the grid code, the industry is able to better predict the cost implications to meeting the grid cost. This adds confidence to the financing process and reduces risk.

Reducing risks will also help companies, such as Gestamp Renewable Industries (GRI), a wind industrial division of Gestamp, which in recent weeks said that its South African wind tower manufacturing facility will become fully operational in the second half of 2014.

The facility, which will create over 200 jobs, will produce 150 towers annually for the South African market with a total project investment of €22m, significantly contributing to the country's renewable energy development.

As more projects come online there is also a strong chance that knowledge-based sharing within the South African wind energy development sector will become a commo thread to the industry’s future success. GRI CEO Javier Imaz said of its new facility, “GRI consolidates its position in the South African market, a factor that will enable the business to deploy and share its know-how to the local market."

Additionally, Gestamp, through its wind subsidiary, is developing a 75MW wind power plant in the Karoo area on the farm Noblesfontein (Victoria West) with an investment of around €160m.
The company is also anticipating securing another wind project of 100.8MW submitted in the Round 3 of the REIPP public tender process.